Para-Cycling Tandems – The Dynamic Duos of the Track 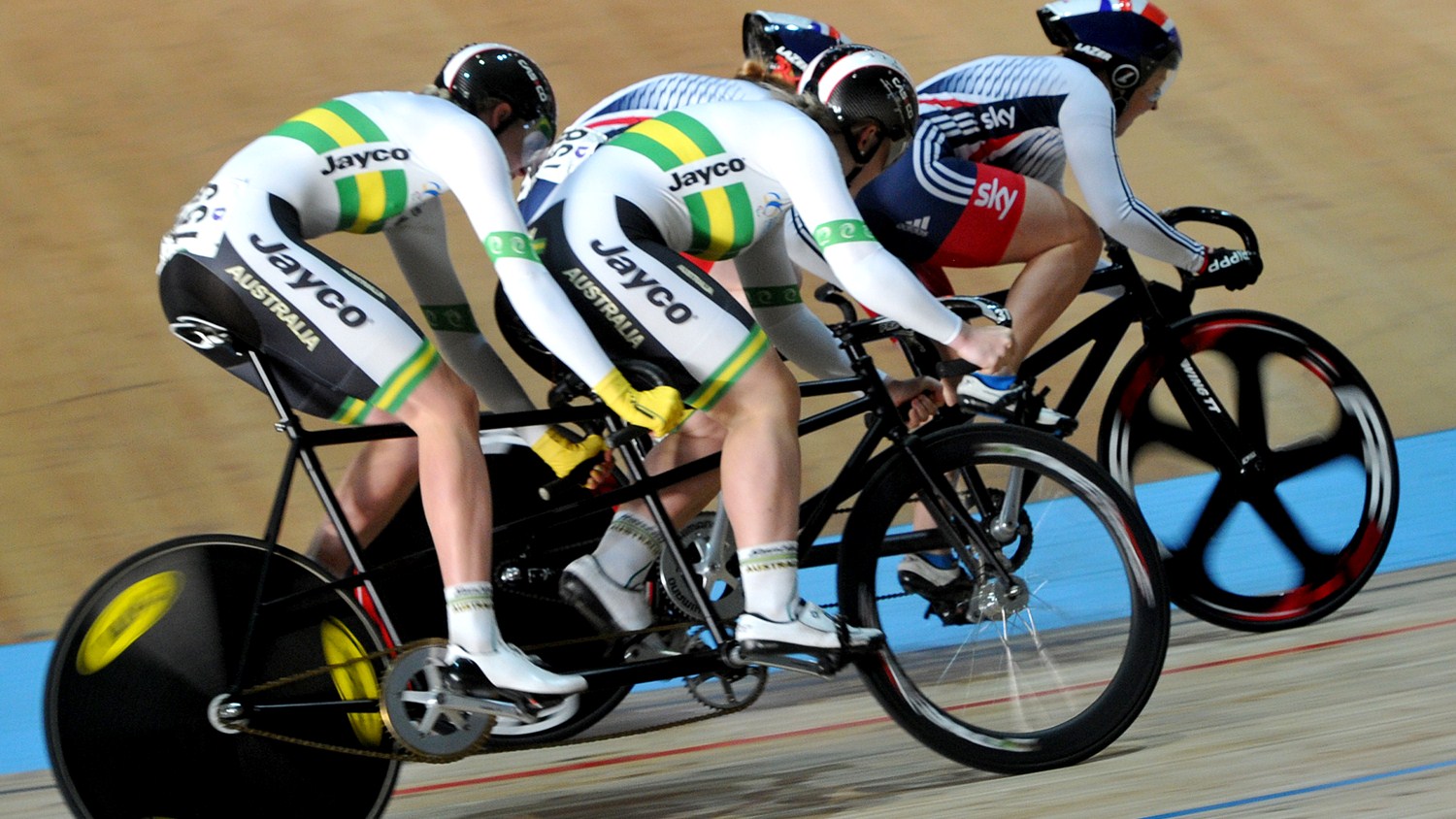 Two wheels – but also two seats and four pedals. Riding tandem may provide twice as much power, but the rear-seated cyclist must have ‘blind’ confidence in the athlete in front. Yet that confidence is aptly named in this case, because the Tandem Division in para-cycling is reserved for visually impaired athletes and their pilots.

It wasn’t only yesterday that cyclists rode in twos. Even though tandem had its glory days at the start of the 20th century, this riding style has always been around. The tandem event was held at the able-bodied UCI Track Cycling World Championships from the 1960s until the middle of the 1990s.

In para-cycling, whether for road or track events, athletes with a visual impairment can compete on tandem bikes steered by a sighted teammate (provided that teammate is not a professional cyclist in a team registered with the UCI).

Tandem road races were officially introduced at the Seoul 1988 Paralympic Games, while tandem races on the track made their debut at the Atlanta 1996 Paralympic Games. Twenty-one years later, the best para-cycling track athletes from around the world have a date in Los Angeles USA. from March 2 to 5 for the UCI Para-cycling Track World Championships.

Among those registered for the UCI World Championships is young Greek para-cyclist Eleni Kalatzi, who, at 16 years of age, will make her international debut.

The only female tandem para-cyclist in Greece, she earned special permission from the UCI Para-cycling Commission to be allowed to take part despite her young age.

“This is my first big trip abroad and I’m thrilled at the prospect of meeting athletes from all over the world,” Kalatzi enthused about the upcoming Championships which she hopes will lead her to the Tokyo 2020 Paralympic Games.

A fresh new face in para-cycling, Eleni proudly accepts her position as a role model. “It’s really important because in this way I can show that everything is possible for a young person, provided that you have the will and the passion to chase what you love. Of course, I’d love it for young disabled people, at my age, not to be afraid to try out a sport. I believe we can all chase our dreams,” comments the young para-athlete who prior to cycling also skied, did athletics, dancing, and karate.

“I have enjoyed cycling since I was a young girl, but I was not able to cycle free and alone on the road or go for a bike ride with my friends. I was invited to try tandem cycling and I immediately realised that it is a sport that expresses me and fulfills me.”

For her first-ever voyage to America, Eleni can count on her pilot Argyro Milaki – nine years her senior – who has lead tandem teams at the London and Rio Paralympics, as well as having had a career as an Elite national cyclist.

A bond quickly grew between the duo – a key ingredient in order for the two athletes to meet the demands and challenges of a new Paralympic cycle. “We communicate exceptionally well and her experience is crucial at this early stage for me. She’s incredibly calm, always smiling, the way she imparts her knowledge to me. It’s really important for us, as a team, that we know how to share.”

Eleni Kalatzi has total confidence in Argyro Milaki. “In a race, the pilot must react quickly and the blind athlete needs to be able to understand changes developing,” explains Kalatzi. “When we have to accelerate I need to be able to understand the pilot’s body so that I am ready for the signal to accelerate, in tandem with her. Also, she sees my heartbeats so that we can equally distribute the power throughout, whether in competition or in training.”

Without a doubt, the duo of Eleni and Argyro will be ready to meet the challenge in Los Angeles