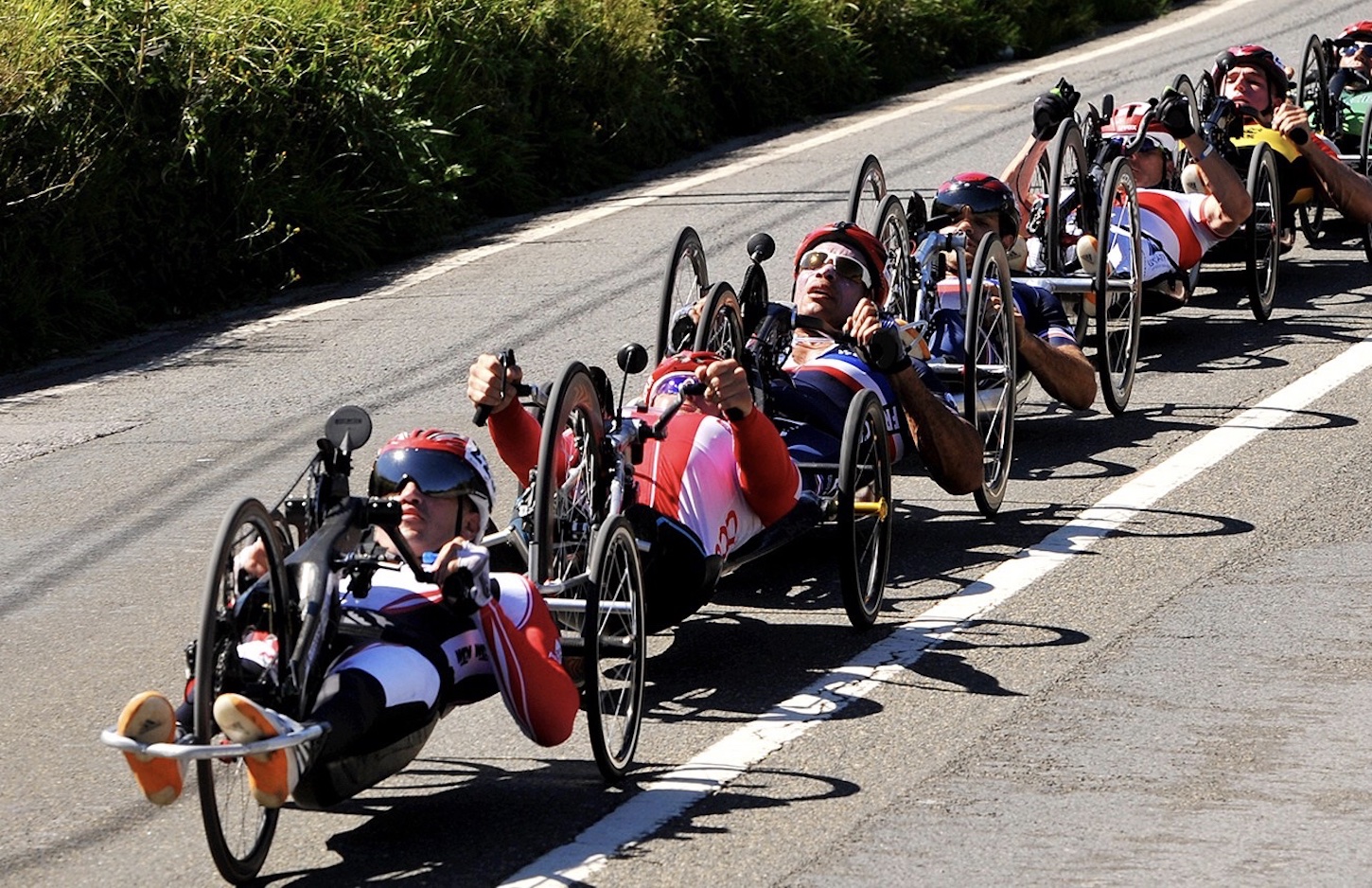 On Monday July 9, the Tour de France peloton will set off for a rolling 35.5km team time trial, starting and finishing in Cholet. One hour beforehand, eight of France’s top para-cyclists will cover the same course on handbikes in a demonstration of the discipline.

While Jezek rode a traditional bike with adaptations, this latest initiative involving handbikes is unprecedented and is a result of collaboration between Tour de France organiser ASO and the French Handisport Federation (Fédération Française Handisport – FFH).

Although para-cyclists often compete in individual time trials, the team time trial is not an official event included in the UCI Regulations.

“So this will be a first for our athletes,” said FFH Cycling Sport Director Jérôme Dupré, who instigated the initiative. “I don’t think they will face more difficulties than able-bodied cyclists. Cohesion, regularity, precision and communication among the team members are always key in such an exercise.”

Dupré underlined, “i’t is not a question of comparing our performance with those of the professional riders but more to put para-cycling in the spotlight.”

Members of the eight-strong time trial team were selected for their homogeneity and include several Paralympians and French national champions in the different handcycling sport classes, including reigning UCI World Champion in the H3 road race David Franek.

Dupré explained that the athletes would be competing this weekend in the second round of the UCI Para-cycling Road World Cup taking place in Emmen, the Netherlands, where they will try to fit in a joint training session for the team time trial. They will travel directly to Cholet on Sunday evening and will be able to warm up on the time trial course Monday morning.

In an interview with HandiSport.org Dupré declared, “the Tour de France is unquestionably the most-watched annual sporting event of the year. It benefits from exceptional exposure. There are a great many spectators. I hope this promotion of para-cycling will motivate would-be sportsmen and women, and raise awareness among potential partners.”