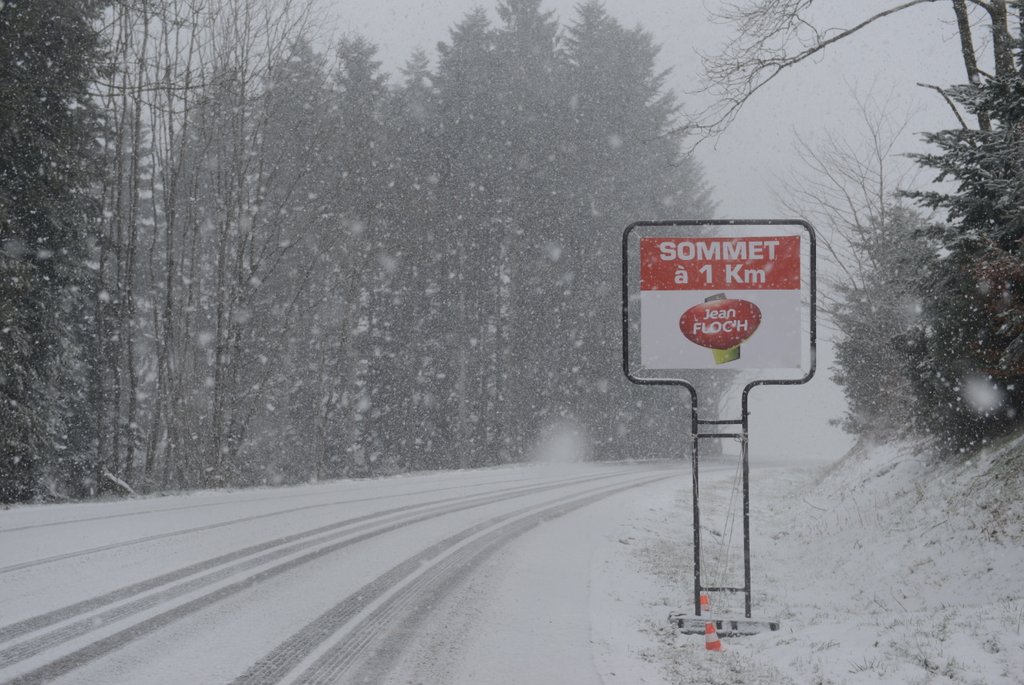 Race officials decided to cancel stage 3 of Paris-Nice today, due to snow conditions that attributed to slippery roads and unsafe racing conditions.

After racing through the first 100 kilometers of today’s 165.5 kilometer stage from Cusset to Mont Brouilly, officials decided to neutralize the peloton during the last 70 kilometers.

“The race jury and direction decided to cancel today’s third stage because of the weather conditions. The times will not be taken into account but the points scored at the first intermediate sprint of the day and on the climbs completed so far will count.

ASO cycling director Christian Prudhomme added, “The road was extremely slippery and the safety was no longer guaranteed. We are sorry. That’s Paris-Nice. We promise we’ll come back to Mont-Brouilly. It’s a pity but the riders will start again tomorrow from Julienas.”

After the peloton covered nearly 100 kilometers of today’s stage, which included two ascents of the Cote de Vernay, Cote de Chateauneuf and the Cote des Echarmeaux, along with one intermediate sprint in Chauffailles, the snow began to falling steadily – prompting race officials to neutralize the stage accordingly.

At one point, officials considered re-starting the race at the final 40 kilometer mark, however, they soon decided to cancel the stage all together.