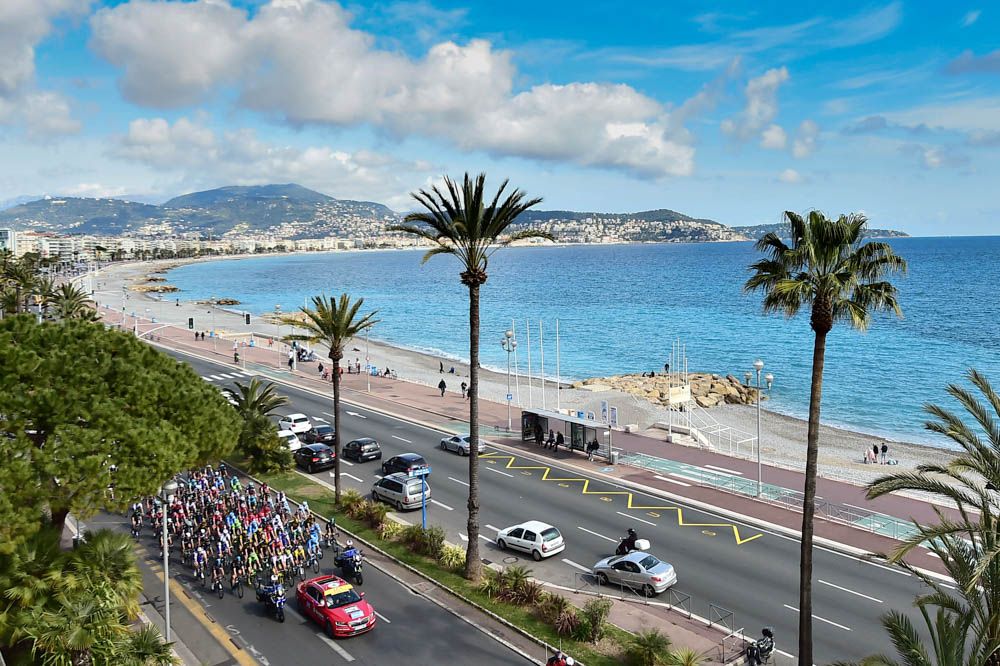 Woods was later dropped from the group, while Thomas De Gendt (Lotto-Soudal) and David De la Cruz (Quick Step) succeeded in bridging their way to the leaders.

Several kilometers later, additional riders also bridged their way to the lead group as well, swelling its number to 22.

From there, the breakaway group went on to establish an advantage of more than two minutes over the peloton.

During the ascent of the Cote de Peille, Jarlinson Pantano attacked alongside his teammate Contador.

Contador subsequently attacked, leaving most of the group, to include Henao, unable to match his acceleration.

The gap for the lead group quickly opened up to 50 seconds over the chase, as Henao and Team Sky struggled to make up lost ground.

Contador then shed all but De la Cruz and Soler on the final climb of the Col d’Eze, where Soler initiated an attack of his own with 17 kilometers remaining.

Contador and De la Cruz were quick to respond to Soler’s attack, as they succeeded in tracking down their compatriot, while Henao appeared to be making up ground along the descent after struggling up the climb of the Col d’Eze.

Contador later dropped both his rivals during the final 5 kilometers, but De la Cruz managed to clw his way back and regain contact with the Trek-Segafredo rider with 2 kilometers to go.

From there, the two riders became pitched in battle as they raced for the finish, while Henao rode in earnest in order to maintain the seconds he needed to stay ahead of Contador in the overall classification.

In the end, De la Cruz proved to be the stronger of the two riders, ultimately denying Contador both the stage victory and additional time bonuses he needed to dethrone Henao.