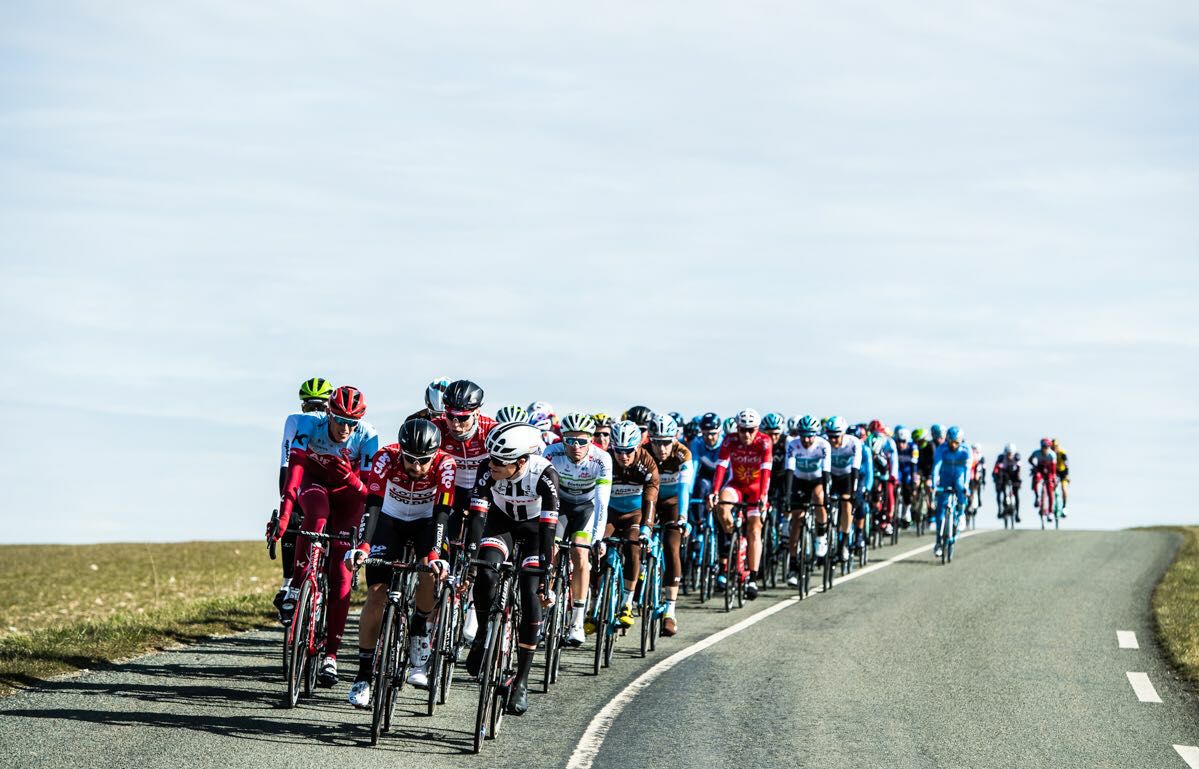 Di Gregorio tried to drop his rivals toward the end with three unsuccessful attacks to no avail, while Sanchez unable to respond to Hivert’s acceleration close to the finish line.

Sanchez, who won Paris-Nice in 2009, took the lead from Arnaud Démare, who won the sprint amongst the main peloton 38 seconds back.

Sanchez now has a 28-second lead over Démare, while Gorka Izagirre (Bahrain-Merida) sits in third place, 35 seconds off of the leader.

The start was given at 11:26 to 152 riders. Jay Thomson (Dimension Data), Fabien Grellier (Direct Energie) and Przemyslaw Kasperkiewicz (Delko Marseille Provence) broke clear from the start and quickly took a commanding lead, which topped at 7:35 at kilometer 80. The gap was already over seven minutes when the three reached the first intermediate sprint of the day at Le Brethon (km 61), won by Thomson ahead of Kaperciewicz and Grellier. At the feed zone (Km 86), two riders called it quits: Ireland’s Sam Bennett (Bora-Hansgrohe), winner of a stage in Chalon-sur-Saone last year, and Germany’s Phil Bauhaus (Sunweb), 4th in stage 2.

But the main goal of the day for the three escapees was the KOM jersey. And  Grellier proved the fastest on the 3rd category Cote de la Bosse (km 123) ahead of Kasperciewicz and Thomson. The gap started diminishing and it was down to 3:45 when the trio tackled Cote des Boulards. On the ascent, Grellier went on his own to chase more KOM points and snatched four more at the top, with a 50 seconds lead over his two former companions. Alexander Kristoff  (UAE) was the first printer to lose ground on the day’s hilly terrain while third-placed Christophe Laporte was seen struggling with stomach pain at the back of the peloton.

On the long flat towards Cote de Charbonnieres, Grellier lost his momentum and the young Frenchman was run down after 174 km. With 25 km to go, 2 km before the top of Cote de Charbonnieres, Julian Alaphilippe launched a blistering attack. Only Tim Wellens (Lotto-Soudal) managed to stay with him. At the top of the climb, the two were joined by Jakob Fuglsang (Astana), who later went on on his own as a group of favorites was shaping up in the chase.

Three battle it out for stage win

In the last 15 kilometers, after a first junction involving all the favorites, Remy Di Gregorio (Delko Marseille Provence), Luis Leon Sanchez (Astana) and Jonathan Hivert (Direct Energie) broke clear and joined forces to power their way towards the line. The favorites group, including title holder Sergio Henao, found themselves 30 seconds back while the bunch with Arnaud Demare was limiting the damage, a further ten seconds adrift. When the pack finally regrouped with eight kilometers to go, the three escapees had taken a solid 50-seconds lead. The stage was set for them to battle it out and while Di Gregorio, the slowest of the trio, launched three brave but vain attacks, Hivert made his effort last to clinch his fourth win of the season after two stages and the GC at the Tour du Haut Var.