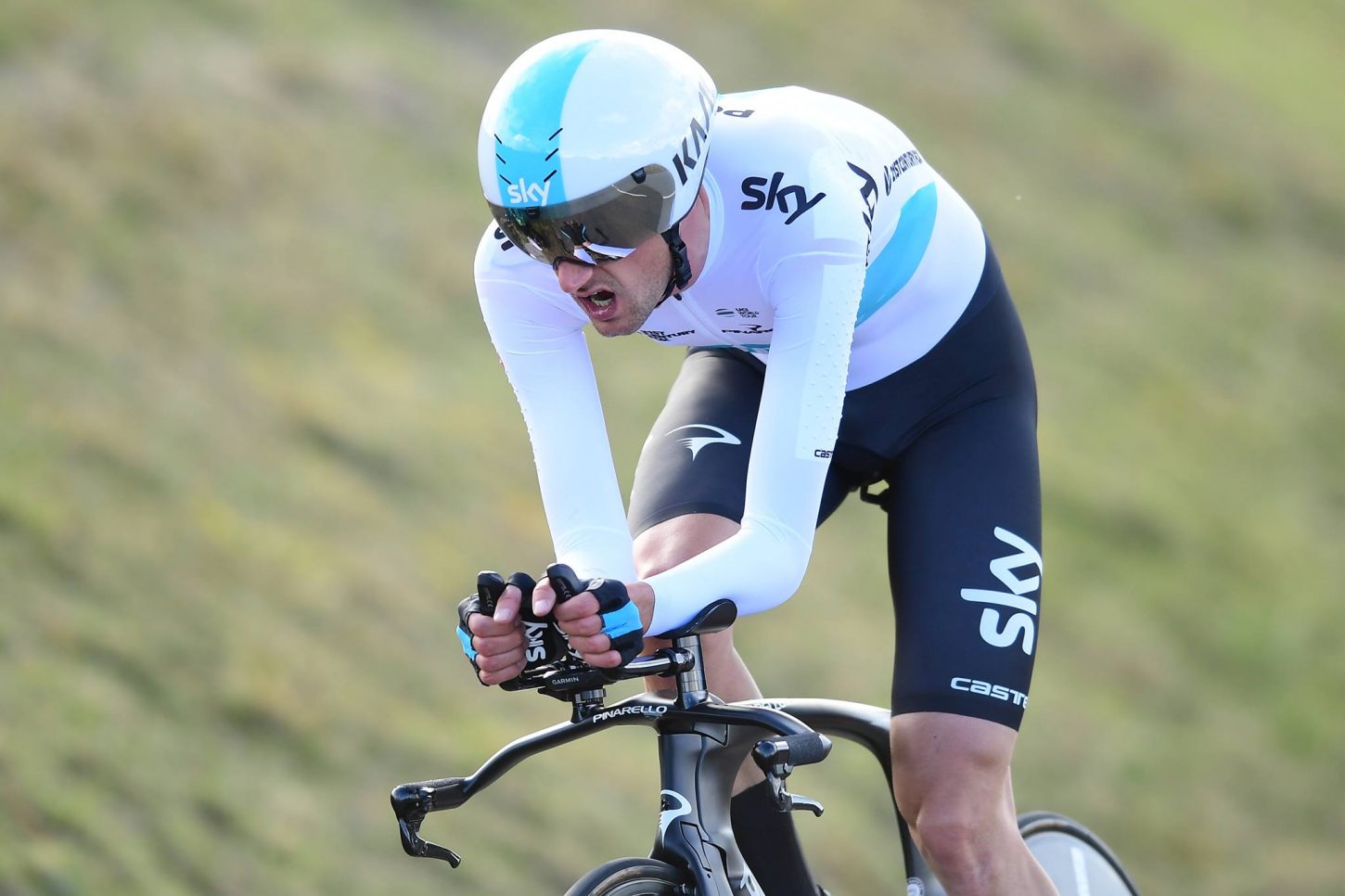 Wout Poels (Team Sky) claimed today’s time-trial stage at Paris-Nice, after clocking the fastest time of 25:33 along the 18.5 kilometer course from La Fouillouse to Saint-Étienne.

Ignatas Konovalovas (Groupama-FDJ), the first starter, finished in 29:55 and set the first reference time. He was quickly upstaged and the most impressive time by an early rider was clocked by Dylan Van Baarle (Sky) in 26:21, at an average speed of 41.89 kph. The mark lasted for an hour and half despite brave efforts by Thomas De Gendt (26:44), Australia road champion Alex Edmondson (26:42) or Colombia’s Jarlinson Pantano (26:36). Dane Jakob Fuglsang (Astana) was fastest at the 8km intermediate mark but faltered in the descent to finish eight seconds behind Van Baarle.

The changing weather made things even more difficult for riders as the descent was a slippery one but it didn’t hamper the overall performance of Team Sky, which saw David de la Cruz dislodge his team-mate Van Baarle in 26:07 at an average speed of 42.271 kph. Winner of a time-trial in the Ruta del Sol earlier in the season, De La Cruz was narrowly beaten by Simon Yates in 26:06 but Team Sky regained the upper-hand when title-holder Sergio Henao also clocked 26:06 but beat the Briton by fractions of a second.

But the day belonged to another Team Sky rider, former Liege-Bastogne-Liege winner Wout Poels, who smashed the times of his rivals as well as the 26-minute mark in 25: 33 at an average speed of 43:20 kph. While the stage victory was out of reach, the contenders for overall victory battled it out to lose as little time as possible and maintain their overall chances. Spain’s hopeful Marc Soler (Movistar) was an excellent second, 11 seconds adrift, while Julian Alaphilippe, winner of last year’s time trial in Mont Brouilly, finished strongly to clinch third place in 25:49.

In and out of contention

Behind the leading trio, Germany’s Felix Grossschartner (Bora-Hansgrohe) lost his white jersey to Soler but still finished a remarkable 4th in 25:53. Among the pre-race favourites, Sergio Henao (Team Sky) limited the damage in 10th place, 33 seconds behind his team-mate Poels. Belgium’s Tim Wellens (Lotto-Soudal), 8th today, Briton Simon Yates (Mitchelton-Scott), who ended ninth, and his Colombian team-mate Esteban Chaves are all still in contention. France’s Tony Gallopin (AG2R-La Mondiale) lost 1:04 on Poels and lost most of his chances for overall victory while Dan Martin (UAE) was also disappointing in 34th place, 1:21 adrift.