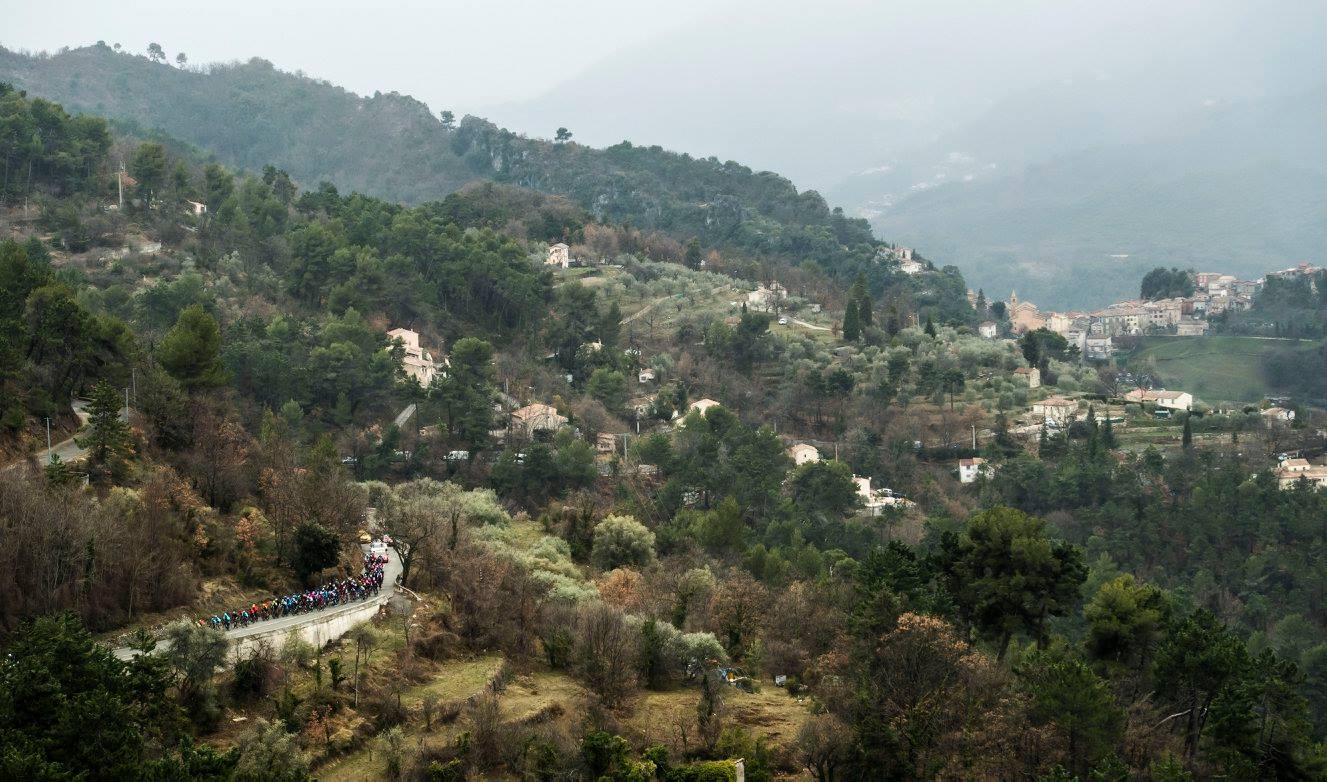 David de la Cruz won the 8th and final stage of Paris-Nice today, after commencing a long-range attack that saw the Spanish claim a summit victory atop the Col d’Eze ahead of Omar Fraile (Astana) to the line and Marc Soler (Movistar).

Soler attacked with De la Cruz with just under 50 kilometers to go, joining Fraile at the top today summit finish, earning the young 24-year old Spanish rider the overall victory in this year’s Paris-Nice, with a four-second advantage over Simon Yates (Mitchelton-Scott), while Gorka Izagirre (Bahrain-Merida) earned the last spot on the podium.

Spanish hopeful Marc Soler outshined Yates in a nail-biting final stage on the hills surrounding Nice to win the Race to the Sun by the blink of an eye. The 24-year-old Movistar rider, 37 seconds behind Yates at the start in the morning rain, crossed the line with a four-second lead over the Briton, 110 km and a few hours later, after another extremely tight finale in Paris-Nice. Soler, the first rider since Alberto Contador in 2007 to win both the yellow and the best young ride white jersey, finished third in stage 8 behind compatriots  De La Cruz (Sky) and Fraile (Astana), with whom he attacked in Cote de Peille, one of six climbs on the final day’s menu. De La Cruz snatched the final stage for the second year in succession ahead of Fraile, with Moser three seconds behind. And it was only thanks to his third place time bonus that Moser was finally declared the 2018 Paris-Nice champion for the first World Tour victory of his career.

The start of the 175-km 8th stage of Paris-Nice was given at 12:08 to 110 riders in heavy rain and wind. Dries Devenyns (Quick Step), Nils Politt (Katusha), Christophe Laporte and Cyril Lemoine (Cofidis) did not start.  On Cote de Levens (2nd cat), Thomas De Gendt strengthened his polka-dot jersey by picking seven more points as a group of 23 riders emerged, including all the favorites. At the first intermediate sprint (km 24), the leading GC riders battled it out for seconds and Gorka Izagirre (Bahrain-Merida) was fastest, ahead of Tim Wellens (Lotto-Soudal) and  Yates. The result moved Izagirre back to 10 seconds behind Yates and Wellens 12 seconds back.

At kilometer 32, Alaphilippe attacked with Fraile and Fuglsang. The Dane crashed a few kilometers later, leaving the Frenchman and the Spaniard in the lead.

The yellow jersey group gradually increased in numbers, several riders making it back, among them top 20 riders Sam Oomen (Sunweb) and Richard Karapaz (Movistar). In the first category Cote de Peille, Julian Alaphilippe cracked and the pack disintegrated. White jersey holder Marc Soler attacked with David De la Cruz on the heels of Omar Fraile. With 45 km to go, Simon Yates found himself isolated without any team-mate to assist him until Matteo Trentin and Christopher Juul Jensen fought their way back into the group. The Spanish trio saw their lead top at 1:30, placing Soler as a virtual race leader. In the second intermediate sprint in La Turbie (km 78.5), Soler collected three precious seconds. At the top of Col d’Eze (1st cat.), Fraile led Soler and De la Cruz as the gap rose to 1:10.

With 20 km to go, Omar Fraile went on his own in the descent of Col d’Eze but was reined in the descent. In the last climb of this Paris-Nice, Cote des Quatre chemins (2nd cat), Ion Izagirre was the first to attack Simon Yates, and when Tim Wellens surged in turn, followed by the Izagirre brothers, Dylan Teuns and Karapaz, the Briton lost ground. As the three Spaniards battled it out in the front for the stage win, and for the overall victory as far as Soler was concerned, the other favorites played cat and mouse to finally finish together on Promenade des Anglais. While De La Cruz took the day’s honors, Yates needed to finish within 34 seconds of Soler to retain his yellow jersey. He finally crossed the line four seconds too late. Belgium’s Tim Wellens won the points classification while his team-mate and compatriot Thomas De Gendt took home the polka-dot jersey.