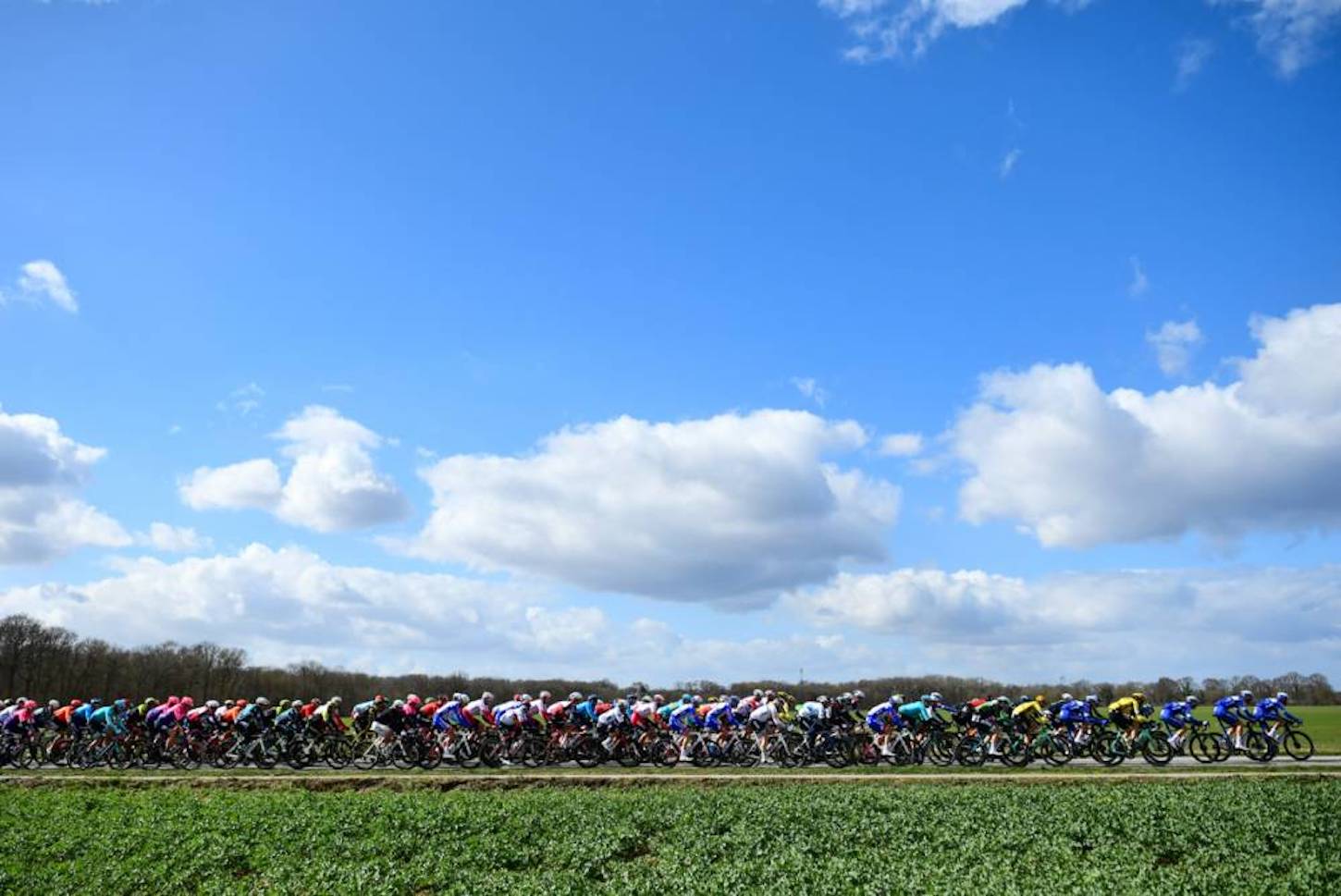 Dylan Groenewegen conquered the wind, echelons, crashes and his rivals to claim his second successive stage win in Paris-Nice today, further strengthening his hold on the leader’s yellow jersey in Bellegarde.

The Dutch rider managed to stay in the last group of seven riders left to battle it out for victory after a fast and hard stage that gradually depleted the peloton to overpower Spain’s Ivan Garcia and Belgium’s Philippe Gilbert on the line.

The day, swept by crosswinds, was merciless for France’s Warren Barguil and Spain’s Gorka Izagirre, third a year ago, both forced out of the race after a crash.

158 riders started from Les Breviaires, with the presence of Cote de Senlisse spurring KOM leader Damien Gaudin into action with a preliminary attack that was followed by Nicolas Edet (Cofidis) and Alessandro de Marchi (CCC).

From there, the trio went on to build up a lead of over a minute until the climb, which Gaudin collected four more point to strengthen his polka-dot jersey.

Soon after the climb, the peloton split in several echelons.

With 36 kilometer to go, the scattered peloton eventually reeled in the trio, while Florian Senechal (Deceuninck-Quick Step) claimed the KOM points along the next climb.

Unfortunately, both Barguil and Izagirre were forced to abandon the race.

In the meantime, Simon Yates (Mitchelton-Scott) and Bob Jungels (Deceuninck-Quick Step) were among the riders who found themselves trapped in one of the group that got distanced, while Michal Kwiatkowski (Sky) made his ambitions clear at the first intermediate sprint in Mereville, grabbing the bonus points ahead of Luis Leon Sanchez (Astana) and Rudy Molard (Groupama-FDJ).

From there, the peloton continued to fragment, splitting into dozens of groups with riders strewn across the flat, windswept stretches of the route.

Meanwhile, Jungels succeeded in making his way back to the front. But, that was not the case for Yates, who drifted further back.

At 108 kilometer mark, Groenewegen and green jersey holder Fabio Jakobsen were also dropped from the front, but the yellow jersey made his  back 10 kilometers further down the road with the help of four teammates.

Kwiatkowski was dropped after a mechanical problem, while Rigoberto Uran (Education First) crashed out.

On the first passage to the finish, local favorite Tony Gallopin took the second intermediate sprint ahead of leader Romain Bardet as the front group still led by one minute.

As the race entered the final circuit around Bellegarde, the Kwiatkowski group slowly bridged the gap, with the junction taking place 10 kilometers from the finish.

With 3 kilometer to go, another split took place, with Trentin, Sanchez, Garcia, Rowe, Bernal, Kwiatkowski, Gilbert, and Groenewegen finding themselves in the lead to battle it out for the stage win.

However, during the last stretch, Groenewegen managed to make his way to the front to comfortably snatch the victory in defense of his yellow jersey.