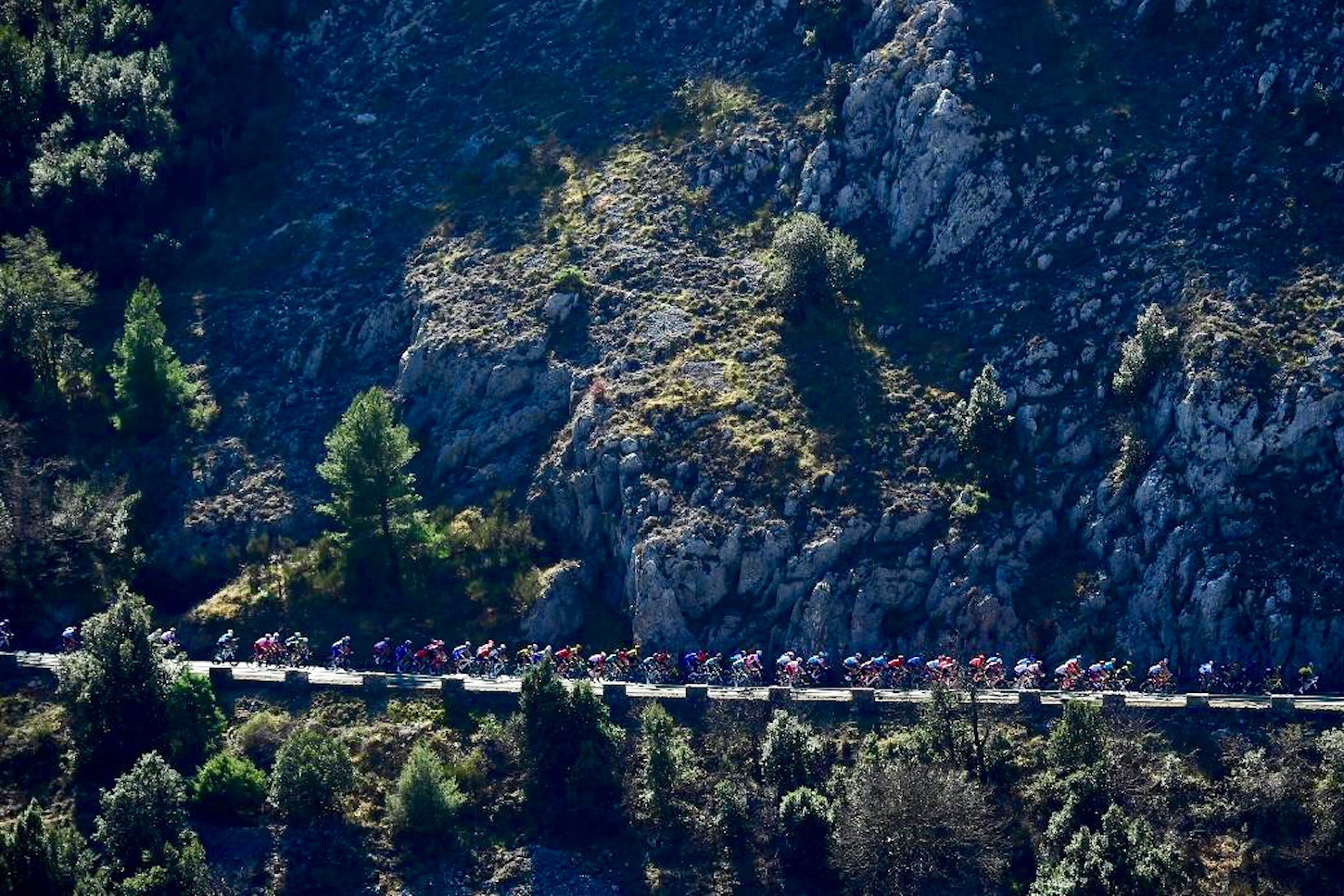 Daniel Martínez (EF Education First) won stage 7 of Paris-Nice today, triumphing atop the Col de Turini ahead of his compatriot Miguel Ángel Lopez (Astana), while Nicolas Edet (Cofidis) rounded out the podium in third spot after edging out Simon Yates (Mitchelton-Scott) following a hard-fought battle to the summit finish.

The quartet is what remained from the day’s 39-rider breakaway group, battling one another for much of the climb.

However, it was Martínez who emerged victorious, after executing a final attack under the flamme rouge that proved to be the killer blow to beat Lopez to the line.

Meanwhile, Egan Bernal (Team Sky) took over the race lead after his teammate Michał Kwiatkowski cracked during the final two kilometers of the climb.

In the meantime, Philippe Gilbert (Deceuninck-Quick Step) was poised to take over the virtual lead until the Turini proved to be too challenging for the Belgian rider, who lost considerable time during the final few kilometers.

With 15 kilometers to go, Pavel Poljanski (Bora-Hansgrohe) attacked from within the large breakaway group at the start of the Turini. But, the Polished rider was reeled back in just 5 kilometers later.

With the peloton now trailing by more than six minutes, Yates was the first rider in the group to animate things, with Lopez, Martinez and Edet being the only riders able to follow the Briton’s move.

With 5 kilometers remaining, a game of cat and mouse ensure amongst the quartet, who proceeded to attack each other in turn.

However, Martinez commenced a final attack during the last kilometer, while Lopez was keen to mark his move.

But, the EF Education rider proved to be the stronger of the two Colombians, crossing the finish six-seconds ahead of his Astana rival to claim the stage victory.