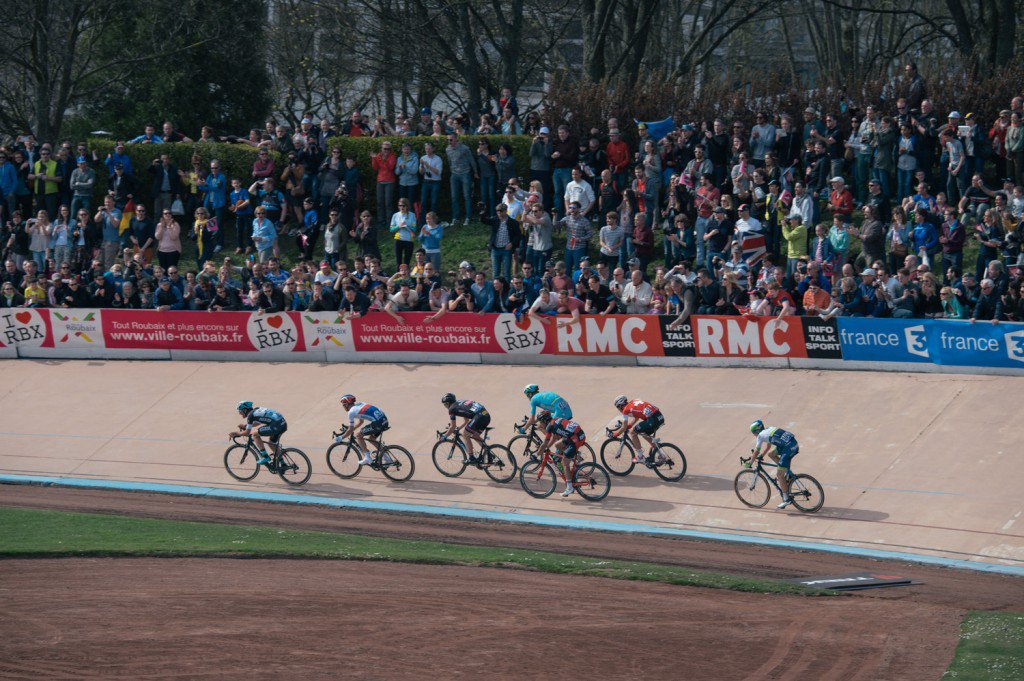 Matthew Hayman topped a long and dedicated domestique career with an exceptional victory in the race of his dreams, Paris-Roubaix. At 37, the towering Orica Greenedge rider upset all the favorites, starting with four-times winner Tom Boonen, who had to be content with second place, to become the second Australian crowned in Roubaix after Stuart O’Grady in 2007. The win was all the more remarkable as early escapee Hayman, who had already twice made it in the top ten of the Queen of Classics, had broken his arm only five weeks ago and had hardly raced since. Briton Ian Stannard finished third ahead of breakaway companions Sep Vanmarcke of Belgium and Norway’s Edvald Boasson Hagen.

From there, the escapees tackled the first cobbled sector in Troisvilles (km 98.5) with a 55 seconds lead over the peloton. They gradually lost Morkov and Wallays through punctures and Martinez, whose chain snapped. Their lead grew with the cobbles and reached 3:45 with120 km to go.

Sagan and Cancellara held by crash

At the end of cobbled sector 16 in Hornaing, Hayman surged from the breakaway group to go on his own but he was rapidly chased down. What remained of the break were finally caught by the Boonen and Vanmarcke group (km 190) as the bunch including Sagan and Cancellara were still 40 seconds adrift. The two pre-race favourites kept taking turns to limit the damage between a leading group composed with Boonen (Etixx), Burghardt (BMC), Haussler, Saramotins (IAM), Hayman (Orica), Rowe, Moscon, Puccio, Stannard (Sky) Sieberg (Lotto Soudal), Vanmarcke, Wynants (Lotto Jumbo), Boason Hagen (Dimension Data), Erviti (Movistar). Team Sky were setting the pace when Rowe, Moscon and Puccio all crashed, disorganising the lead with 50 km to go. But Rowe managed his way back into the lead.

But the Belgian was reeled in with 11 km to go after a sharp turn by Stannard. The five attempted to attack in turn to avoid the final sprint. It seemed Boonen and Vanmarcke were the strongest while Boasson Hagen lost stamina in chasing behind the breaks. But it was Hayman’s day. At 37, after 15 participatins and despite a recent arm fracture at the Het Nieuwsblad, he was unexpectedly the fresher of the lot and he gave Australia their second victory in he Queen of Classics after Stuart O’Grady’s in 2007.