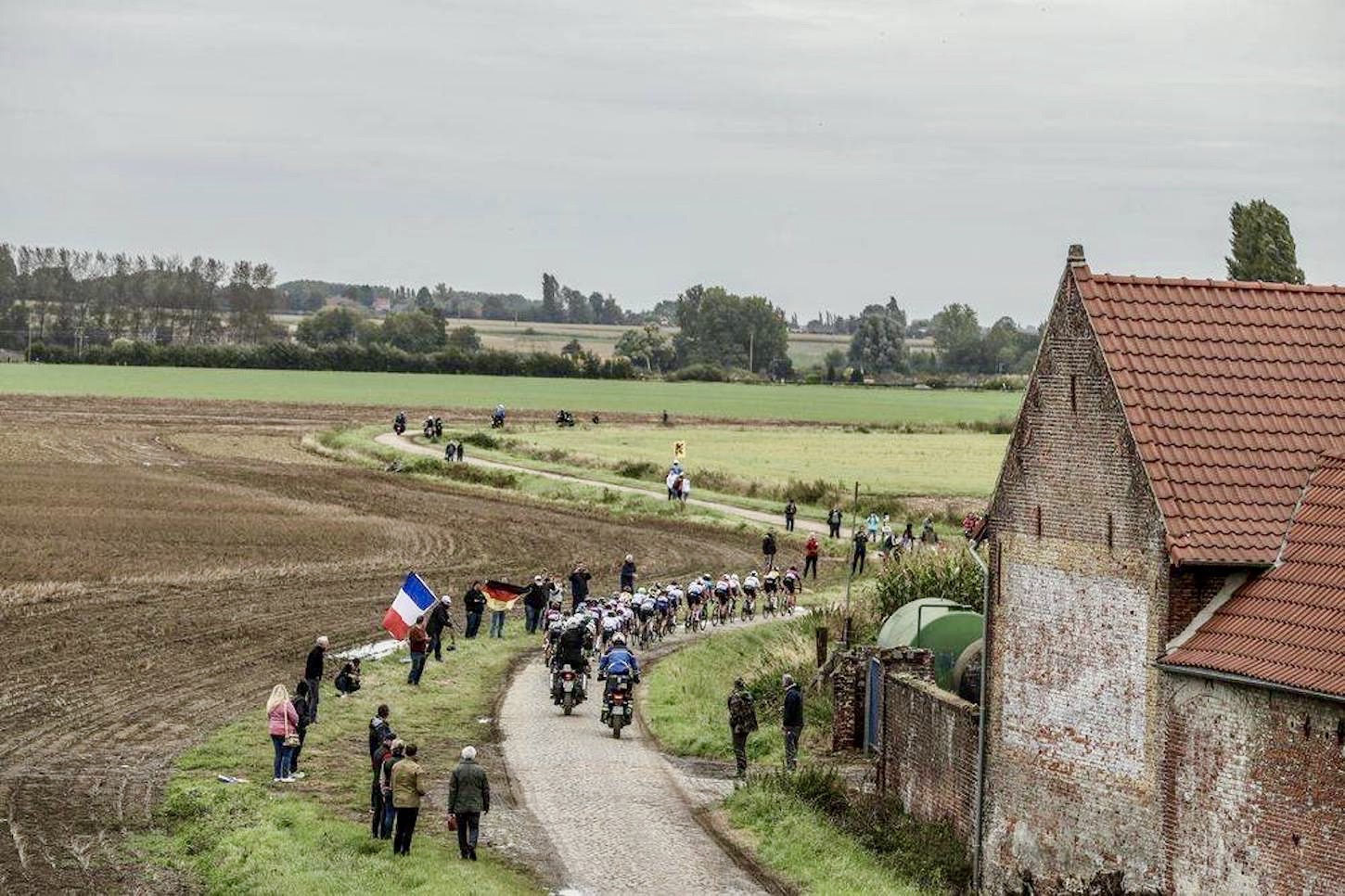 Lizzie Deignan produced a brilliant, solo attack to claim victory and make history as the first winner of the inaugural Paris-Roubaix Femmes.

The Trek-Segafredo rider has had success at a number of classics races including Liege-Bastogne-Liege, Strade-Bianche, La Course and the Tour of Flanders in her long career.

The 32-year-old broke away on the first of 17 cobbled sections, with 82.5 kilometers from the finish, and held off a determined challenge from Jumbo-Visma’s Marianne Vos to claim the win.

“I just feel so incredibly proud women’s cycling is at this turning point and today is part of history and I’m proud to be part of a team which also makes history,” said a jubilant Deignan.

“We are so grateful to everybody behind the scenes all the viewers watching because everybody who is watching this is also making history and it’s proving there is appetite for women’s cycling and the athletes here can do one of the hardest races in the world and I’m so proud I can say I’m the first ever winner,” she added.

“It was really not the plan, I needed to be at the front in the first cobbled section to protect my leaders, I was the third rider [in the team] and I looked behind after the first cobbles and there was a gap and I looked in front and they would have to chase me and I just kept going!, Deignan described her attack.

The 116km race from Denain in northern France started with the bunch together around three road circuits. The Brit launched her calculated attack on the first set of cobbles and just 3km later, Deignan had dramatically increased her lead from 15 seconds up to one minute.

Over the course of the race built her gap up to a stunning two-and-a-half minutes.

The peloton split into two chase groups neither of whom could claw any time back from Deignan’s solo lead, but they did prevent her from increasing it further. The group joined together with 27km to go as Ellen Van Dijk bridged the gap. However, even as SD Worx looked to be pulling at the front, the group slowed down slightly on the narrow cobbled sections as riders were sliding in the mud.

With 19km to go, the race reached the decisive moment as Van Dijk was one of four riders who crashed after slipping on the muddy cobbles and the chase group split in two.

Marianne Vos leapt to the front of the group and took her chance to chase Deignan down aiming to close the gap. Trek-Segafredo team-made Elisa Longo Borghini went with her, but couldn’t hold the pace, dropping back by around 25 seconds, but well ahead of the rest of the group.

From there, Vos fought hard to bridge the gap and by the final 10km, the time reduced to 1:15, but Deignan pushed on for the remaining sections and could not be caught.

Vos eventually finished 1:17 behind as Deignan became the first British winner of Paris-Roubaix.