Parole Denied for Ex-Bishop Who Struck and Killed Cyclist 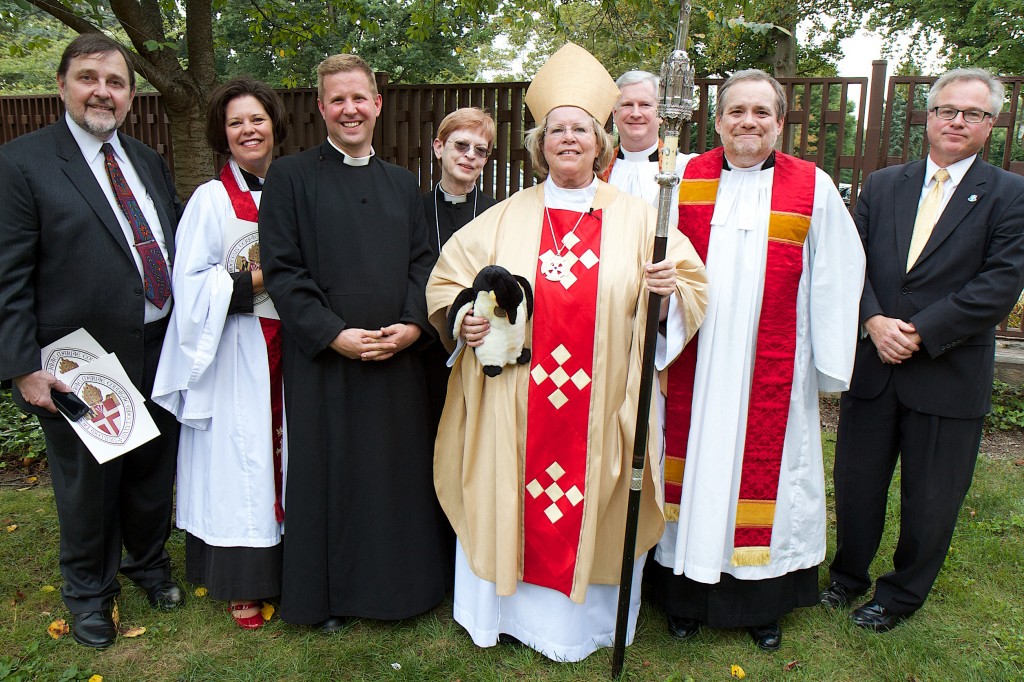 A former Episcopal bishop who struck and killed a cyclist in Baltimore while driving drunk will remain in prison after the Maryland Parole Commission rejected her plea for early release.

Heather Cook, once the second-highest-ranking Episcopal leader in Maryland, pleaded guilty in October 2015 to manslaughter, drunken driving and leaving the scene. On Tuesday the Maryland Parole Commission denied her parole request. She is serving a seven-year prison sentence.

Commission chair David Blumberg said Cook’s request was refused outright, meaning she must serve her sentence until her mandatory release date in March 2020. However, he said if she earns time off credits, she would get out sometime in 2019. He said the decision of the two commissioners was unanimous.

The refusal was based partly on this being Cook’s second alcohol-related offense, he said, as well as the fact that she didn’t apologize to the victim’s family and appeared to lack any remorse for her actions.

“Also, she left the scene of the accident; the cyclist’s helmet was actually stuck in her windshield. When she went home she did not call 911 or emergency personnel, she made two calls, one to her boyfriend and one to a co-worker,” Blumberg said. “She avoided answering the commissioners’ questions, and overall they felt she was definitely not worthy of a discretionary early release.”

Cook struck and killed 41-year-old cyclist Tom Palermo on Dec. 27, 2014. She left the scene for 30 minutes before returning, and her blood alcohol level was 0.22 — far higher than Maryland’s legal limit of 0.08.

Cook, who was the first female bishop in her diocese, resigned from the church in May of 2015.

Cook also was texting when she struck Palermo. The impact threw him onto Cook’s hood and into the windshield. He died of severe head trauma, leaving behind a wife and two young children.

“I am so sorry for the pain and agony I have caused,” she said. “This is my fault and I accept complete responsibility.

“I think about you every day,” she told Palermo’s wife, parents and other relatives. “I often felt I didn’t deserve to be alive.”

After Tuesday’s hearing, Rachel Palermo, the victim’s widow, spoke out against drinking and driving.

Cook would have been eligible for early release in July, after serving 25 percent of her sentence.

Ahead of the hearing, cycling advocates wrote an open letter to the chairman of the parole board asking that Cook’s request for early release be denied.

“She made deliberate choices leading up to killing Tom. Her actions have negatively impacted our community in that cyclists are more fearful than they ought to be and we will likely continue to have troubles bringing new cyclists into our community as a result of Heather Cook’s actions,” the letter states.

She had been arrested for driving under the influence in 2010 on Maryland’s Eastern Shore and received a year of supervised release. Diocesan officials knew about the incident, but didn’t disclose it to church members who voted on her candidacy to become bishop in 2014.

The head of the diocese, the Right Rev. Eugene Sutton, also disclosed after Palermo’s death that in the run up to her consecration as bishop, he advised the head of the national church that Cook may have been inebriated at a celebratory dinner.

The incident prompted the church to review its 30-year-old policies on alcohol and addiction. In 2015, the church’s General Convention passed three resolutions prompted by Cook’s arrest, including a policy to question candidates for ordination about their history with alcohol, and to acknowledge the church’s role in the culture of drug and alcohol abuse.