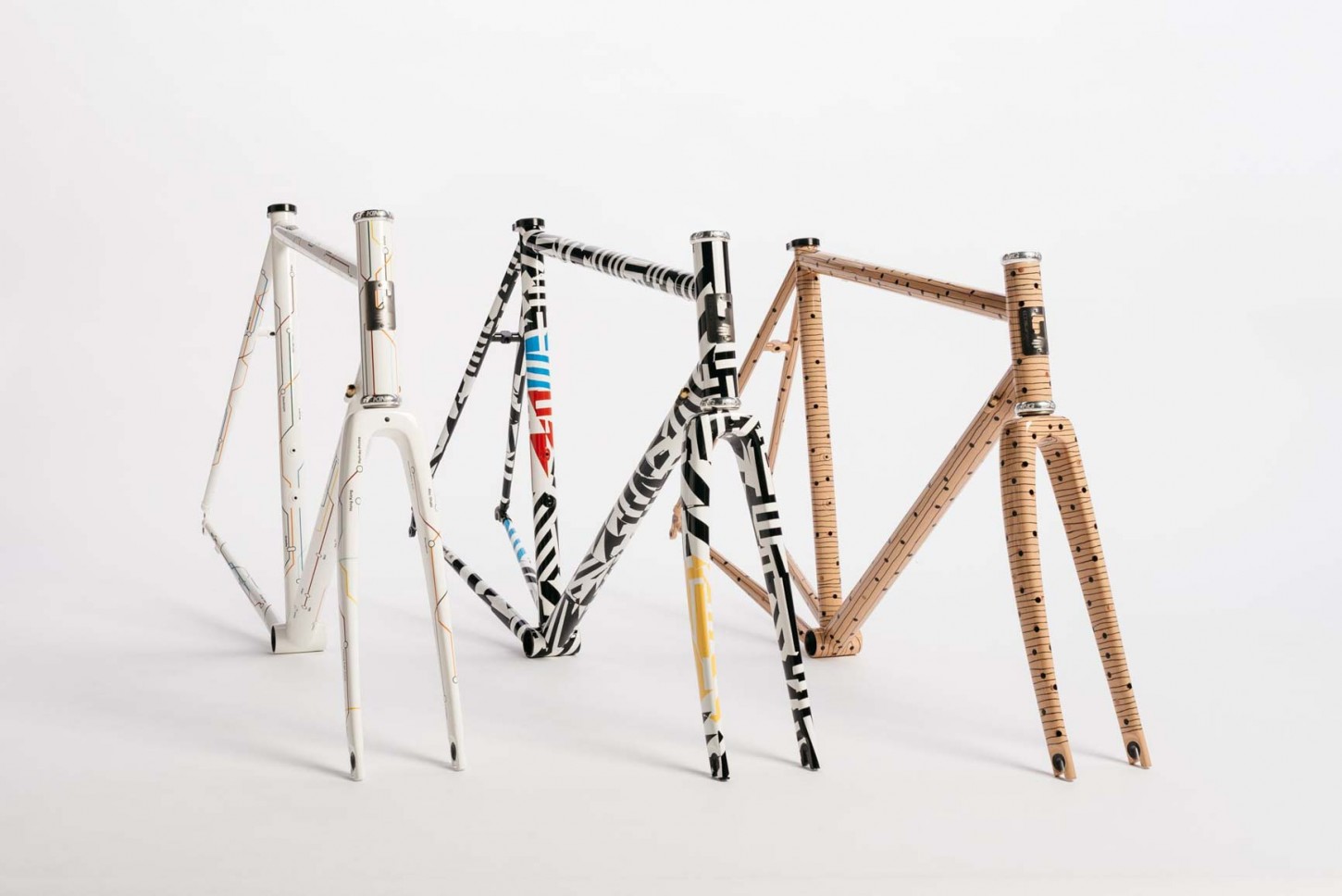 For the second time Dario Pegoretti has partnered with students at the Stuttgart State Academy of Art and Design to create three special edition frames to be auctioned-off – with the proceeds will be donated to the Stuttgart Children’s Hospice.

“The initial idea about spending time together and designing something together eventually became a workshop”, said Pegoretti.

“I felt at home. Being with the students has given me the opportunity to see my work in a new light. I hope that I have satisfied some of their longing for knowledge and discovery and have helped them to interpret the bicycle in a new way. It was truly fantastic.”

“For days we sat together, thinking, drawing, building and designing. Eventually, the different ideas became merged into a unique work: the interpretation of skin structure and pores unfolds on the top tube, the dazzle camouflage of British first Word War ships decorates the fork and the subway map inspired patterns adorn the head tube.”

Each Frame will be shipped in a bespoke box matching the design and including the unique Pegoretti Duende steel frame and matching carbon fork, a Chris King headset, an exclusive Mano Nella Mano bidon and a gift box as a luxury treat for the discerning cyclist.

more about the charity…

100% of the profit received from the bike frame auction will be donated to the Stuttgart Children Hospice.

Contrary to the popular opinion, most of the children don’t suffer from cancer, but from incurable diseases like mucoviscidosis, neurodegenerative and metabolic diseases. Affected families often get to the limits of their capacities in their everyday life. To provide this kind of service, the Stuttgart Children Hospice is currently building a new home to help families bypass bottlenecks in their domesticity. The new facility will open in late fall 2017, and is grateful for every support. All the participants in this collaboration wish to support the multifaceted work of the Stuttgart Children Hospice.