Peter Sagan Gets Married in His Home Country of Slovakia 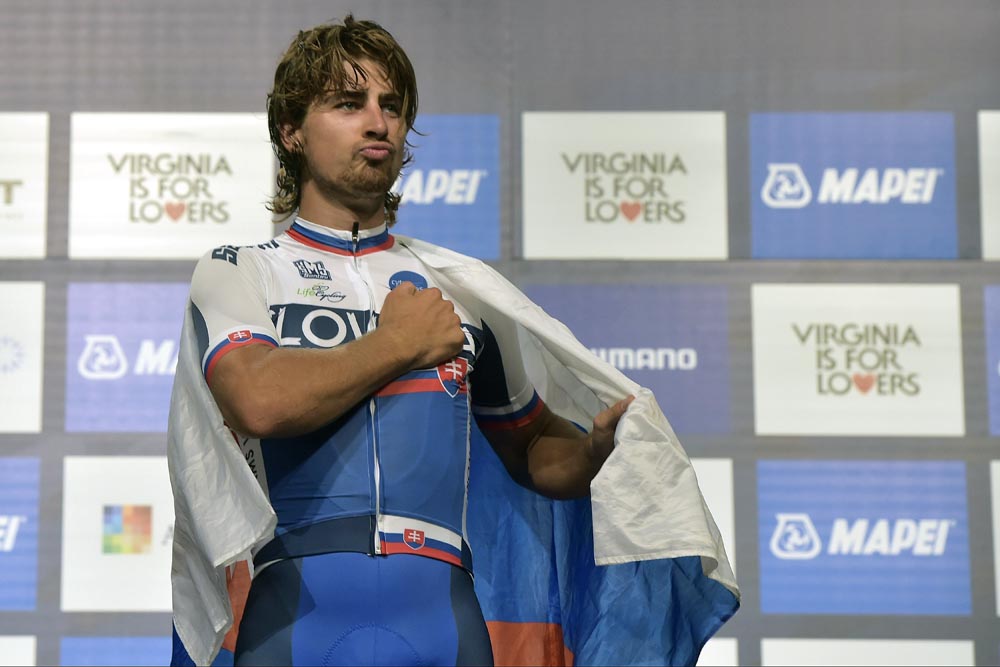 Peter Sagan tied-the-knot with his long-time girlfriend, Katarina Smolkova, in his home country of Slovakia today.

The World Champion was dressed in his usual flamboyant style, while surround by friends and family during a ceremony in Dolny Kubin.

Meanwhile, scores of fans and well-wishers gathered outside of the church, to see the couple off to their reception.

According to the Slovakian website, Aktualne.sk., the ceremony got underway, with Sagan wielded a chainsaw to cut through a traditional “gate” that blocked his path to Smolkova’s house.

Following the church ceremony, a private reception took place at a posh hotel in Pleso.

No word on the couple’s honey-moon plans, but Sagan will be back racing in early January at the Tour de San Luis – donning his well-earned rainbow stripes.