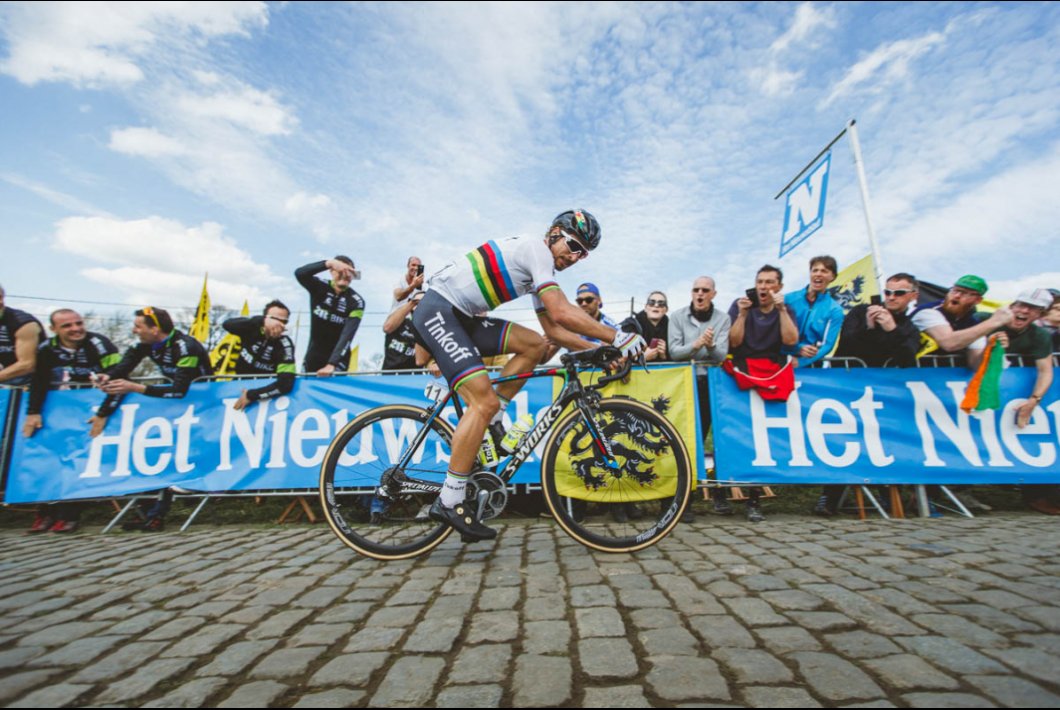 Winning the Tour of Flanders followed by a victory at Paris-Roubaix, would be a historic feat for any cyclist, let alone one who currently wears the World Champion Rainbow Jersey.

But, when asked about his ambitions for Sunday’s prestigious classic, in his usual taciturn matter, Peter Sagan told the media, “I just want to have a nice day”, and “leave it in the hands of the fates.”

“I’m always relaxed,” said Sagan. “For sure I’m not stressed.

After a recon ride with his Tinkoff team, Sagan was asked which section of pave in the Hell of the North’s route, might provide him with the springboard he needed to win?

“Everyone likes Roubaix because it’s a different style of race, the cobblestones are unique in the world, and there’s lots of history behind it,” said the Slovakian rider

“Flanders and Roubaix mean the stronger riders can be at the front,” obviously referring to himself and other race favorites such as Tom  Boonen and Fabian Cancellara.