Peter Sagan Heading to Etixx-QuickStep for 2017? 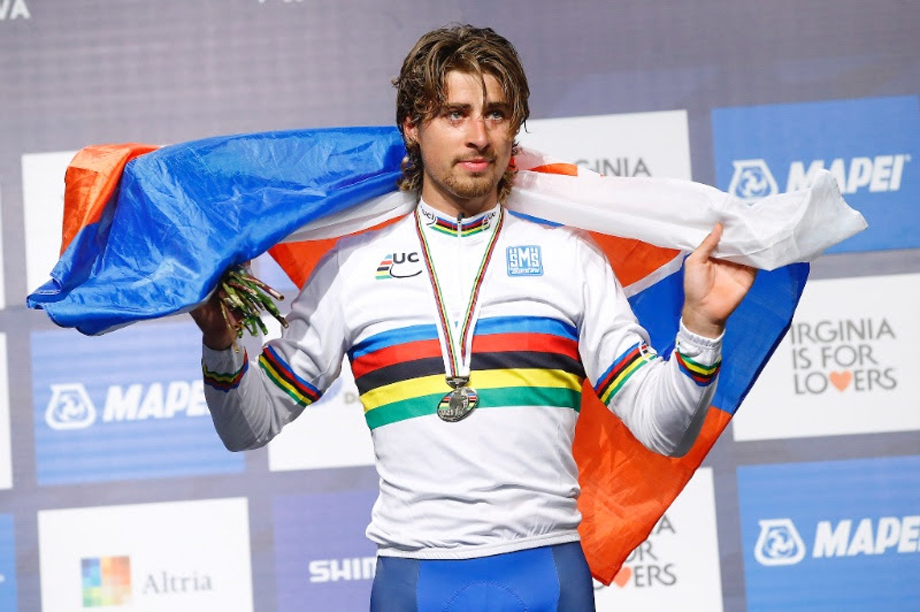 According to the Belgian newspaper, Het Nieuwsblad, if Specialized bike has their, Peter Sagan might be heading in the direction of Etixx-QuickStep for 2017 – should his current team, Tinkoff, fail to find a sponsor for next season.

Sagan is currently under contract with the Tinkoff team for 2017, however, team owner, Oleg Tinkov, has already indicated his intentions to leave the sport at the end of this year.

As a result, current team manager, Stefano Feltrin, has been left to find a replacement sponsor, giving himself until the end of next month’s Giro d’Italia to do so.

Over the last several weeks, Sagan has been linked to other teams, such as BMC and Trek-Segafredo. However, Specialized is rumored to be keen on keeping him onboard its bikes for 2017. And, in doing so, has focussed its industry might on attracting the World Champion to join Etixx-QuickStep for next season.

With the Belgian squad likely to lose its current top Classics rider, Tom Boonen, due to retirement next year, Sagan’s arrival would be greatly welcomed by Etixx’s team boss, Patrick Lefevere, who from time to time has expressed his disappointment with Niki Terpstra and Zdenek Stybar, as both riders have failed to live up to the team’s expectations as successors to Boonen.

However, Etixx-QuickStep may face some stiff competition from Trek-Segafredo, who is looking to replace Fabian Cancellara for next year, as the Swiss rider has plans to retire as well.