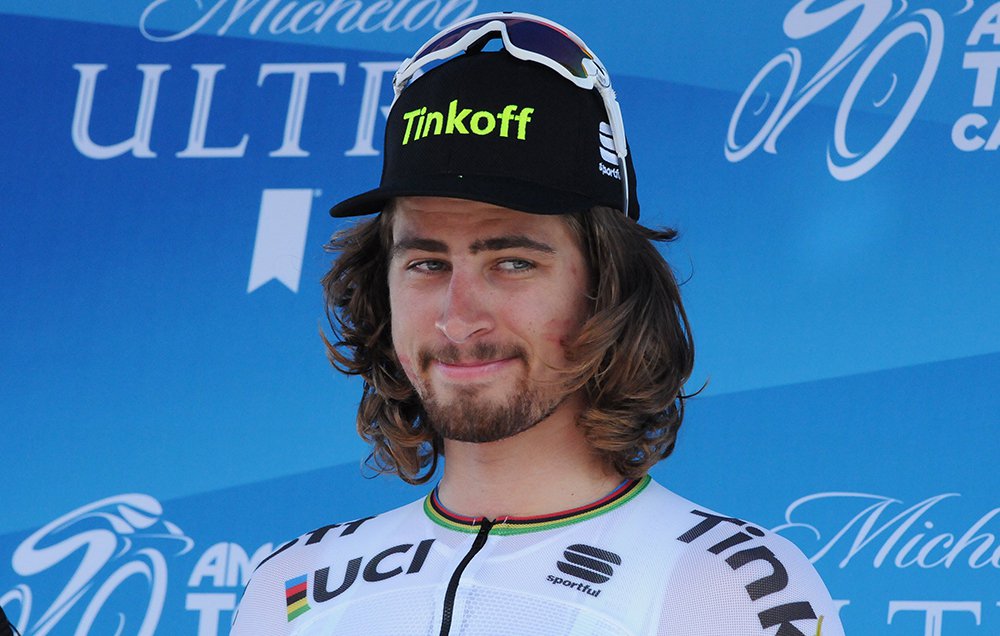 Following his third place finish in last week’s Eneco Tour, World Champion Peter Sagan (Tinkoff) has moved back up to the top of the UCI WorldTour rankings.

Sagan started the Eneco Tour with the goal of picking up enough points toward regaining his position in the overall standings, which he now possess 669 points ahead of runner-up and Vuelta a Espana winner Nairo Quintana (Movistar), who has 609 points and Tour de France winner Chris Froome (Team Sky), who has 564 points in third spot.

“I’m very happy that, although I didn’t win the Eneco Tour, my third place gives me a lot of points to regain my leadership at the UCI WorldTour individual ranking. It’s been a long season and I will now get some needed rest,” Sagan said after the final stage.

“I’m not sad [to lose the Eneco Tour title], why? I won everything I could. Eneco Tour changes nothing for me. I got third, got lots of points for the UCI [WorldTour] and now I’m leading the UCI rankings. I won more than anyone else here.”

At the Eneco Tour, Sagan won stage 3 and stage 4, which put him in the overall lead for one day. However, the Slovakian rider lost his lead to Rohan Dennis, following the team time trial.

Although he tried to force a breakaway during the finale stage 7, Sagan wasn’t able to form a committed group and says that riders refused to work with him. Yet, he still managed to finish third overall in the Belgian race.

“It was a very hard race for the last day and the weather was bad with rain but I’m very happy I didn’t crash. I came up to third place [overall] but against everyone, it is very hard to race. I wanted to come back in the front group but no one wanted to work with me. It’s like that, what can I do? It’s cycling, it’s unfair and I just do my best.

“Everyone was racing to not win, just to be beaten, and I don’t understand. It’s a part of cycling.”

Dennis ended up crashing and abandoning the final stage, while Niki Terpstra (Etixx-QuickStep) won the overall title ahead of Oliver Naesen (IAM Cycling).

The Russian team currently sits 69 points behind Movistar, who has 1431 points, followed by Team Sky is in third with 1187.

Sagan won the world title in Richmond last year but played down his participation at this year’s World Championships in Doha, Qatar. When asked if he would be in the middle east to defend his title he said he wasn’t sure if he would be there, saying he was tired.

“We will see,” Sagan said. “I still have to think about it. It’s been a long season. Here in Eneco and then I did one race more at the European Championships. I’m tired. I have a lot of things to do. I’m happy the season is almost finished.”