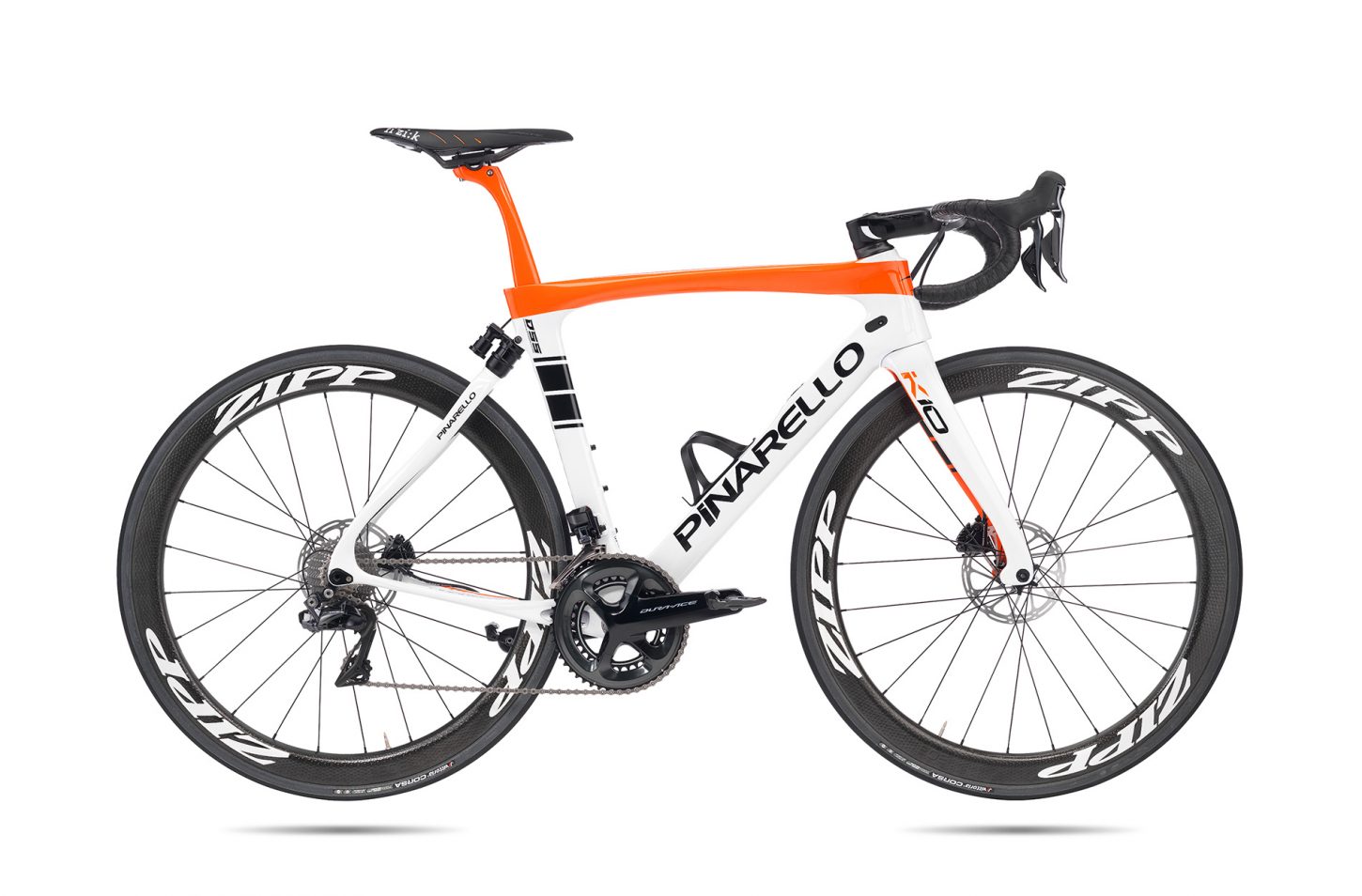 Further details have emerged regarding Pinarello’s latest Dogma K10S Disk, showing the new endurance bike equipped with an electronically controlled elastomer rear suspension, which can be activated via the bike’s built-in internal sensors or with a Garmin Edge computer.

According to Pinarello, riders can adjust the 1cm elastomer suspension by via the Dogma K10S Disk’s internal gyroscopes and accelerometers, which have been built into the bike’s seat tube, or using the dedicated app that the Italian brand has developed to work with Garmin’s range of Edge computers.

Additionally, when using the app via a Garmin computer, riders can set the suspension on either “hard” or “soft”, while the system can be set to automatic mode wherein the bike’s internal gyroscopes and accelerometers can adjust the dampening based on detected road conditions.

While pricing is yet to be announced, Pinarello is showing the Dogma K10S Disk available in a number of top-end Campagnolo and Shimano “builds”, along with numerous choices of color.