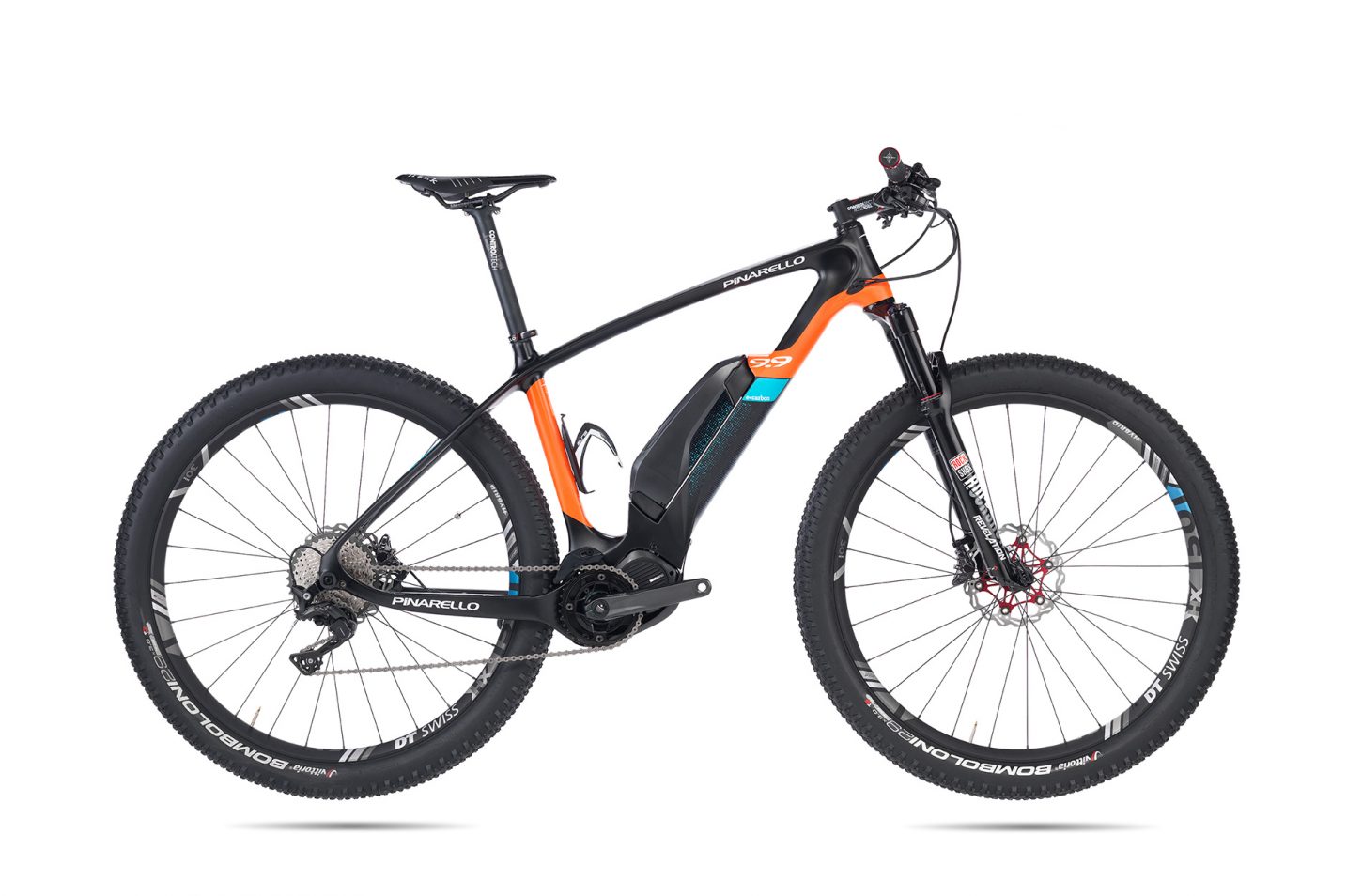 Pinarello recently announced its entrance into the MTB eBike market, after unveiling its new Andromeda Hybrid 9.9 model this month.

“We decided to enter the e-bike market with a range of high end bikes to meeting the strong expansion in this product category”, says Pinarello.

The hardtail Andromeda draws its inspiration from the Italian brand’s Dogma XM and Dogma XC models. According to Pinarello, “everything is designed for maximum integration with the reliable Shimano Steps E8000 series mid-motor that can provide support up to 25 km/h with a power output of 250W and 70Nm torque. The 504 Wh external battery should provide range up to 100 kilometers and 800 meter climb.”

Pinarello says, following a period of extensive testing, the data led them to chose a fork with 120mm travel, 29-inch wheels, 3-inch wide tires and 30mm rims, along with BOOST standard front and rear thru axles.

For the frame, Pinarello selected Torayca T700 unidirectional carbon fiber, which in the end, yielded a weight of around 40 pounds for the new Andromeda Hybrid 9.9.

Additionally, the frame features internal cable routing, post-mount disc brakes for reliable and high power braking in any condition as well as an exclusive carbon shield to protect the Shimano unit.

The Andromeda Hybrid 9.9 will be available in three sizes S, M, L, along with two color choices.

Pinarello also announced a multi-year agreement with the Italian ski resort, Alta Badia, to make the Andromeda Hybrid 9.9 available through a bike share program at six locations in the Dolomites.

Pinarello has yet to release the details on pricing.