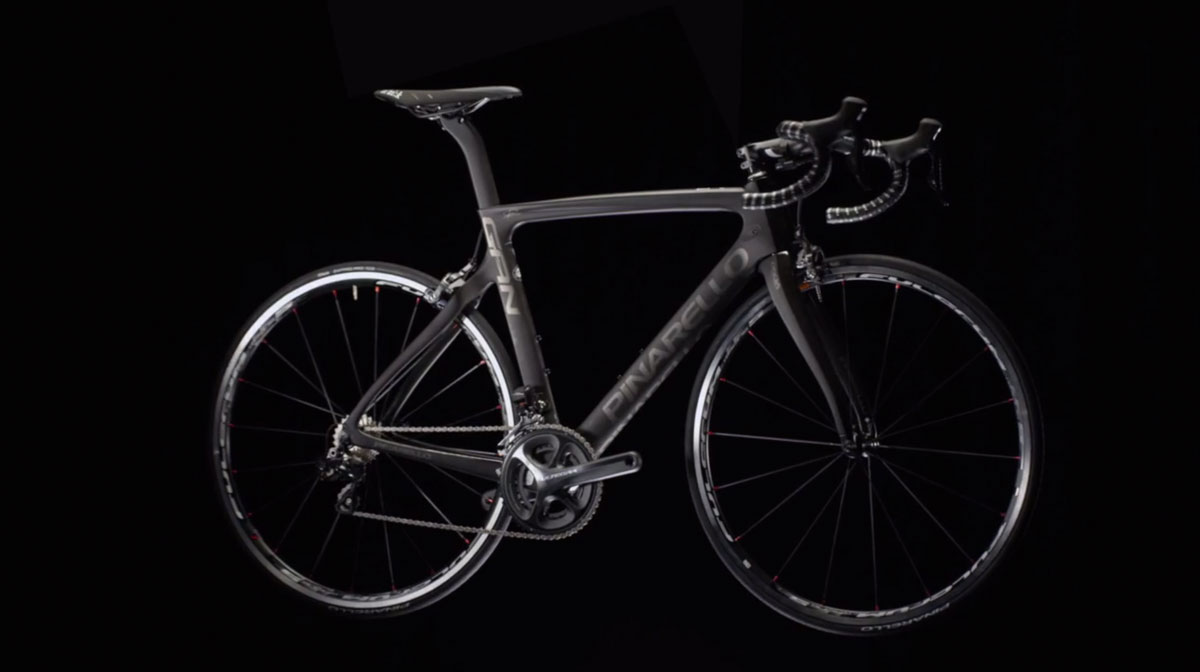 For those desirous of the Italian marque, but don’t have the lira to plop down on a Dogma F8, Pinarello has unveiled a trickle down version of its flagship bike – called the Gan.

By utilizing more cost effective grades of carbon fiber, Pinarello has been able to recreate a more affordable version of the Dogma – to satisfy even the most “gucci” minded of road bike aficionados.

The new Gan is available in three models, the Gan, Gan S and Gan RS, which feature all of the same unique tube profiles and shapes of their bigger brother, but with a more cost conscientious use of lesser grade T600, T700 and T900 carbon fiber, as compared to T1100K which is used in the Dogma.

In addition, the Gan shares the same features as those first introduced on the Dogma F8, which includes Pinarello’s Flatback technology – oval tubes with a flattened back side – throughout the frame and fork. Furthermore, the rear brake is again sheltered from the airflow by the frame’s wishbone seatstays, and the new frame also get’s treated to the Dogma’s integrated seat clamp and aero post.

Similar to the Dogma, the Gan’s rear stays are also asymmetric, albeit to a much lesser degree, which Pinarello claims adds to better balance and handling.

The Gan will be available in 10 sizes from 44cmm to 59.5cm, along with five color choices. Moreover, the bike will be avaibale with a range of different groupset options as well.

There’s been no specific word on pricing so far, but we hope to see one in the flesh sometime soon.