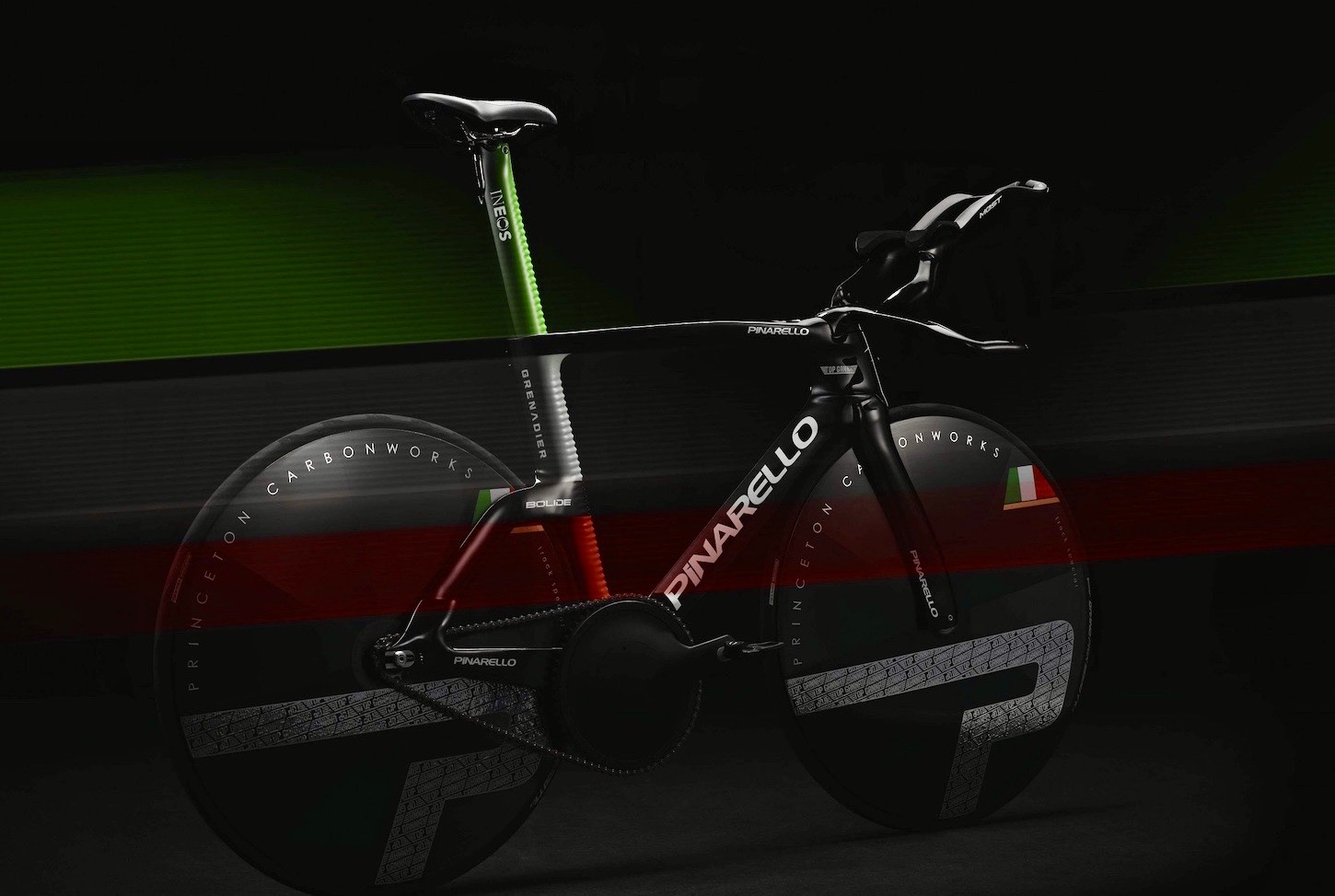 Pinarello is showing-off its latest 3D-Printed Bolide F HR 3D time-trial bike, the same model that Filippo Ganna is slated to ride during his challenge of the UCI Hour Record at the velodrome in Grenchen, Switzerland on October 8th.

Pinarello has a long history of pushing the envelope when it comes to aerodynamic bikes. First was the Espada for Miguel Indurain, then the Parigina for Italian 1996 Olympic champion Andrea Collinelli, and more recently with the original Bolide HR for Bradley Wiggins’s successful Hour Record bid in 2015.

Now, the vaunted Italian brand is pushing the envelope again with the first 3D-printed frameset of its kind.

However, this is not Pinarello’s first foray into 3D printing and the Hour Record, as the company worked with the UK-based Metron Advanced Engineering to develop handlebars for Bradley Wiggins’ Hour Record title back in 2015.

Not surprisingly, Pinarello has once again partnered with Metron AE, this time to create an entire frameset and cockpit for Ganna’s Hour Record attempt.

Relying on alloys like scandium, aluminum and magnesium, the frame is produced in five separate parts before being bonded together using epoxy resin, while the bull-horn styled handlebars and aero extensions were also developed using 3D-printing as well.

Once the design of the Bolide was completed, a bike was sent to EFBE in Germany, a leading lab for mechanical testing of bicycles, for testing where it passed all of UCI’s ISO4210 standards.

“This is such a unique project; we believe it’s the beginning of a new manufacturing era,” said Federico Sbrissa, Pinarello’s chief marketing officer.“The next step will be to make it more affordable by finding ways to scan riders with more affordable equipment and automatically design each unique bike. From a world champion, to every WorldTour rider, and eventually to each and every cyclist out there,”

When it came to aerodynamics, Pinarello says it turned to the Humpback whale for creating the bike’s seattube and seatpost, replicating the tubercles found on the sea mammal’s fins, which account for 39% of the bike’s overall drag.

Above and beyond the seatube and seatpost, Pinarello says it was successful in further improving the Bolide’s aerodynamic signature by using elongated tube profiles beyond the constraints of the UCI’s recently removed 3:1 rule (which dictated frame tubes and forks could be no more than three times longer than their width).

Additionally, the Bolide’s wheel hubs and bottom bracket were narrowed down significantly as well, resulting in more aerodynamic gains, while less treatment was given to the fork and seatstays.

Also, good news for enthusiasts, as the UCI’s rules require that the Bolide F HR 3D be made available to consumers, although there’s no word on pricing at this time.

Rest assured, it will be expensive!