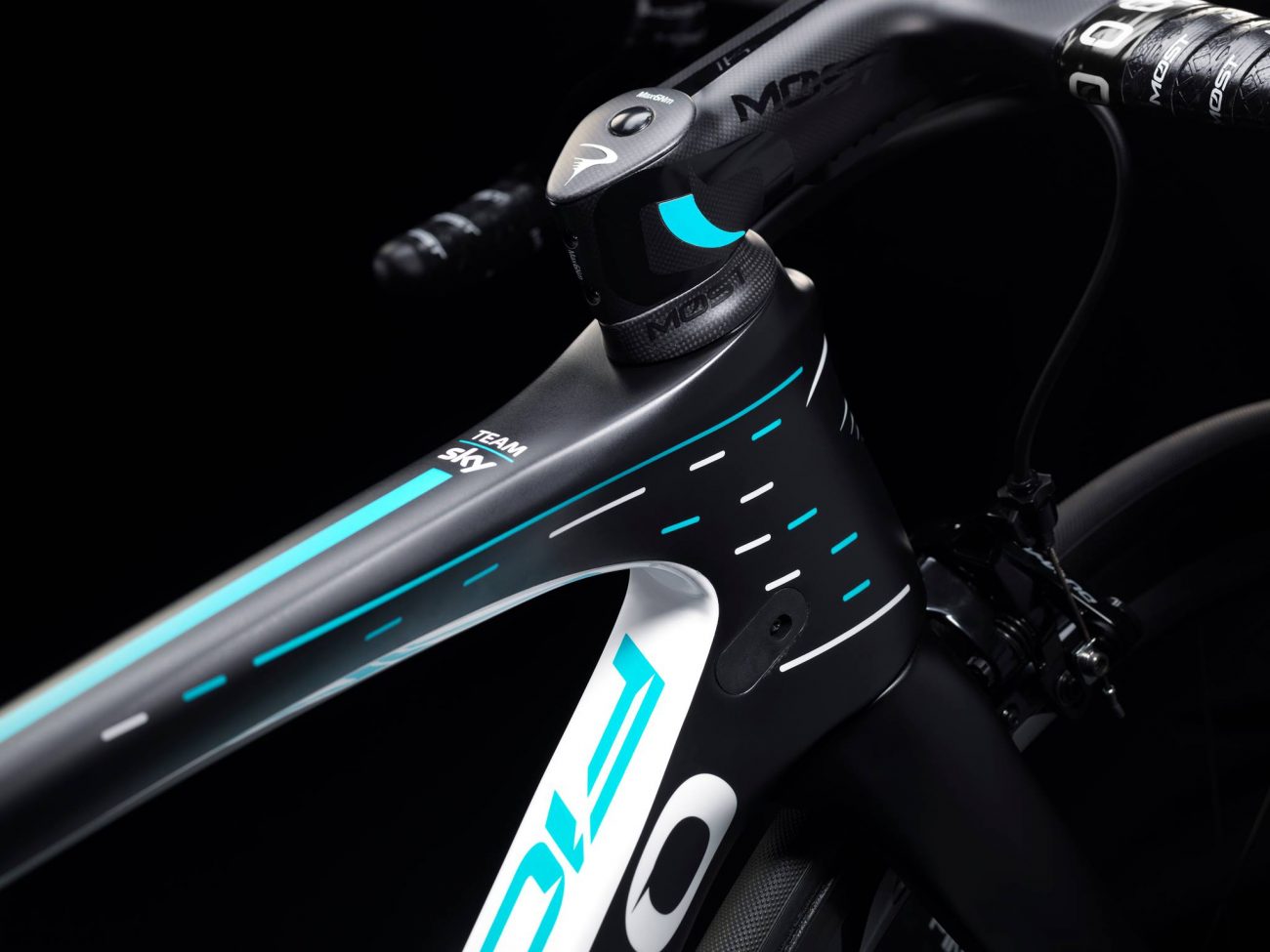 When Team Sky isn’t embroiled in “doping” controversies, the British squad is often the recipient of praise for their sartorial splendor and dazzling choice of team bike livery.

The partnership between Team Sky and the iconic Italian bike brand Pinarello is going on nine years now, with the start of each season marked by the unveiling of a bold, new paint scheme to celebrate their collaboration.

For 2018, Team Sky will once again mount Pinarello’s flagship DOGMA F10 road bike, which will feature a black and white colorway along the main triangle of the frame, embellished by a swath of the team’s historic “sky blue” on the toptube and customary dot and dash accents.

“The results obtained by Team Sky with our DOGMA F10 speak for themselves, and we are very proud of the job done so far. The new 2018 scheme is more than an amazing color evolution, it was clearly designed to give a faster and lighter style to the bike,” said Fausto Pinarello.

“We love the look of the new Team Sky Pinarello DOGMA F10 for 2018. The success we have had together is testament to the relationship between Team Sky and Pinarello, and we look forward to continuing this for many years to come”, said Team Sky director Dave Brailsford.

According to Pinarello. the DOGMA F10 frame weighs in at an impressive 820 grams, and is 7% stiffer than its predecessor the DOGMA F8, while the overall shape and geometry remains the same.

In addition, Pinarello also claims the aerodynamic drag of the DOGMA F10 has been reduce by 12.6%, while modifications to the bike’s Fork Flap dropouts has resulted a 10% a further reduction of drag up front as well.

There’s no word from Pinarello if the new team issue DOGMA F10 will be available for public purchase.

But, given the legion of loyal followers that Team Sky has, more than likely it will become available at some point.