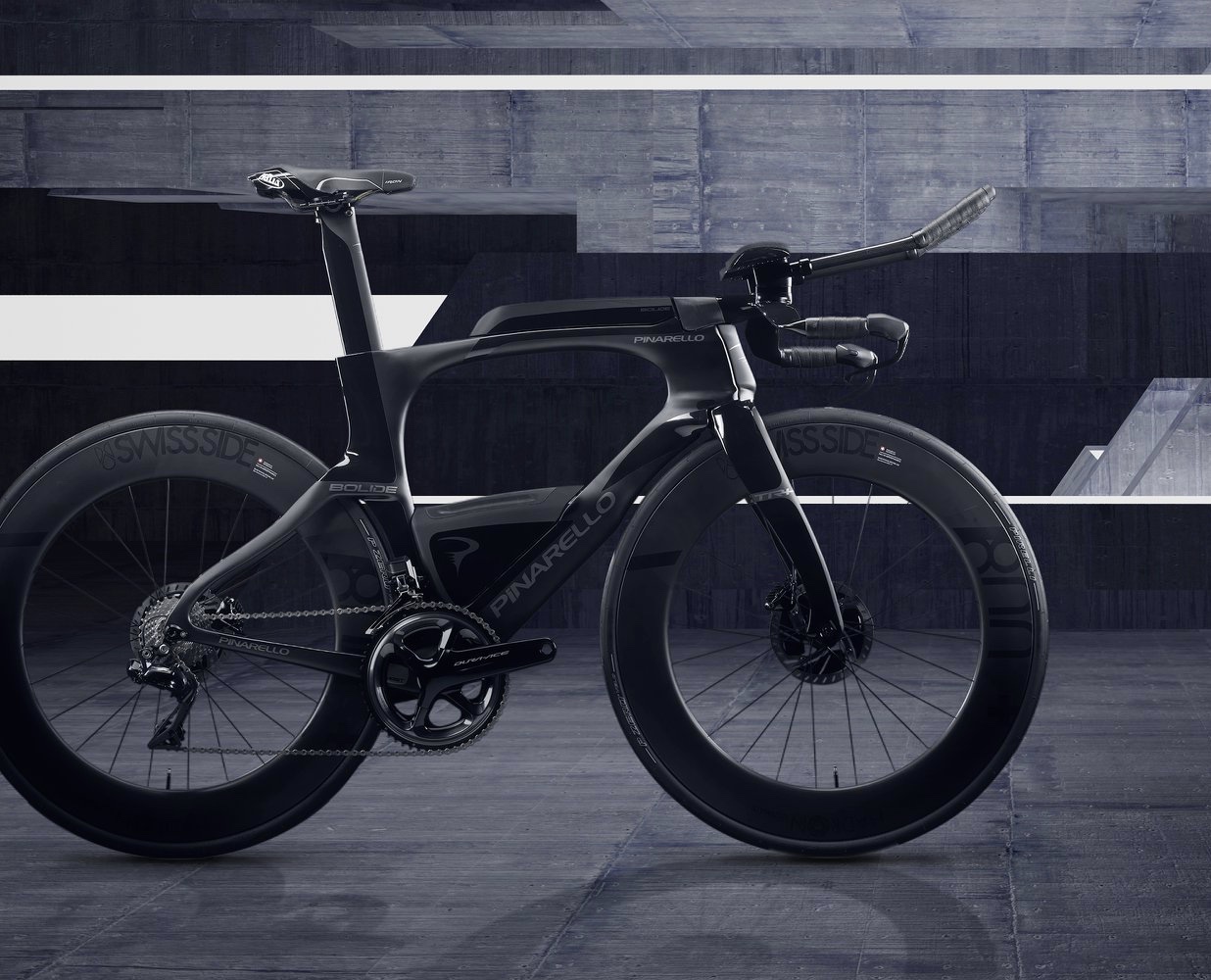 Building upon the success of its Bolide time trail bike often seen being ridden under the auspices of Team Sky, Pinarello has launched two new triathlon specific variants called the Bolide TR and TR+ that offer integrated storage options and the addition of disc brakes – features that have rapidly become the norm with high-end tri bikes.

According to Pinarello, in addition to their practicality, the storage boxes actually enhance the aerodynamic properties of the Bolide TR and TR+ as revealed during extensive wind tunnel testing.

Geometry has also been tweaked, making way for a larger 35mm headtube, a bottom bracket that’s 8mm lower, a steeper 78° seat angle and much shorter 395mm chainstays for improved ergonomics and stability.

Not surprisingly, in keeping with the current trend of going wider on tires, clearance has been bumped up to 28mm when used in conjunction with a 30mm rim.

The Bolide TR is available as a complete bike equipped with a Sram Force groupset and Fulcrum Racing Quattro Carbon wheels for £7,500, along with a Shimano Ultegra Di2 version for £9,500, while the range topping TR+ comes with Shimano Dura-Ace Di2 for £11,000.

You can learn more about the new Bolide TR and TR+ by visiting Pinarello’s website here.