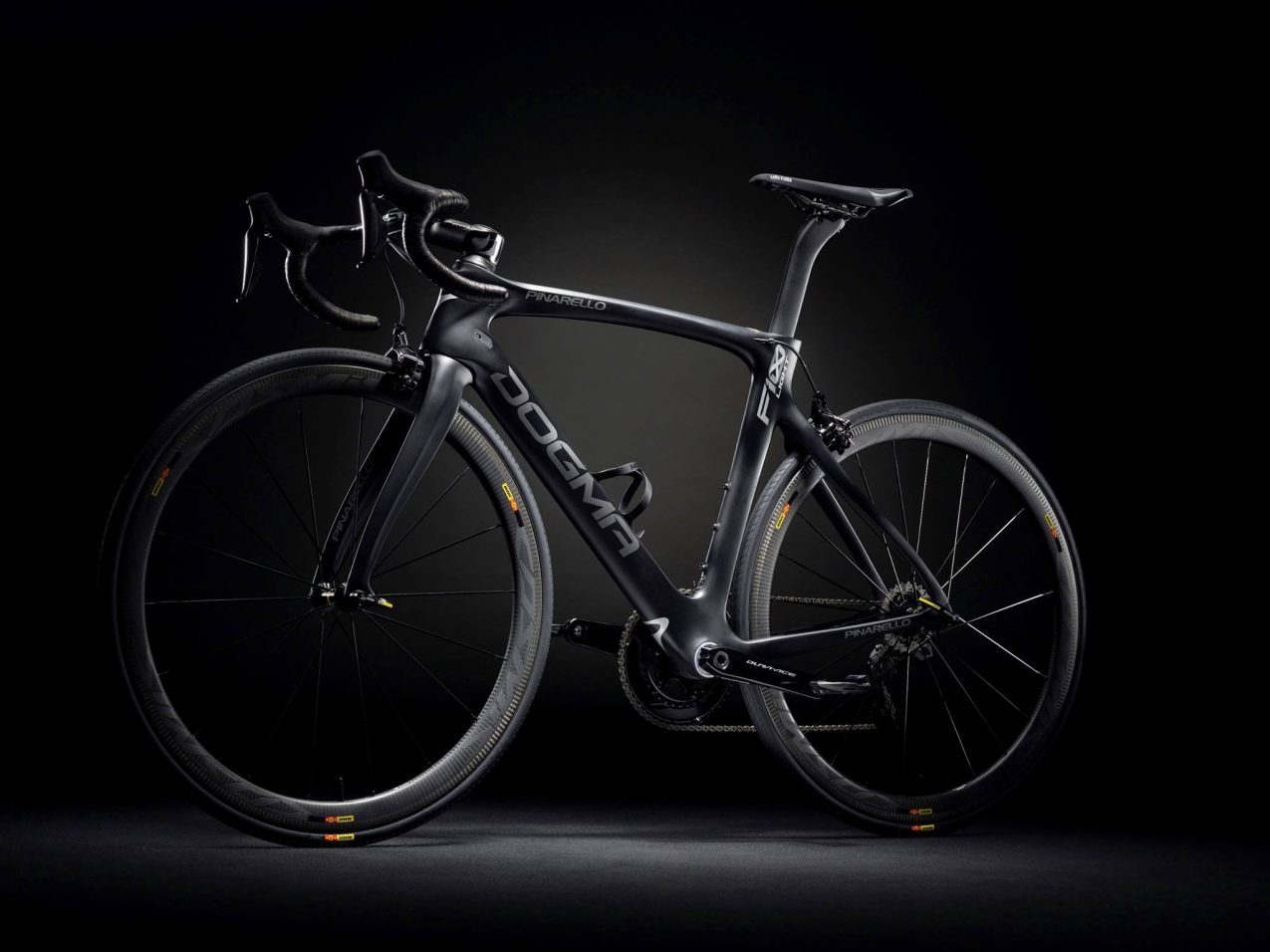 Pinarello has been unveiling new road bikes over the last week, almost as quickly as the cycling media can devour them.

Indeed, last week saw a vernissage for both the new Dogma F10 Disk and Dogma K10 models, only to be joined by the launch of this week’s Dogma F10X.

The new Dogma F10X represents not only Pinarello’s latest flagship model, but boasts being the Italian brands lightest roadbike to date, with a size 53 frame tipping the scales at a feathery 760g.

According to Pinarello, the new Dogma F10X shares many of the same features as it predecessor, wherein the same approach to using an asymmetrical frame lay-out and a similar choice of tube shapes and profiles, retains what was already successful to the out-going Dogma F10’s aerodynamic and handling properties.

However, thanks to the use of Torayca T1100G UD carbon fiber and a new lay-up process, the iconic Italian brand was able to lighten things up quite a bit for the Dogna F10X.

Pinarello has yet to provide a full list of specs regarding “build groups” and choices of color.

The only details thus far, show a Dogma F10X in Team Sky’s livery, equipped with a Shimano Dura Ace Di2 groupset, along with a couple of other matte black colorways.