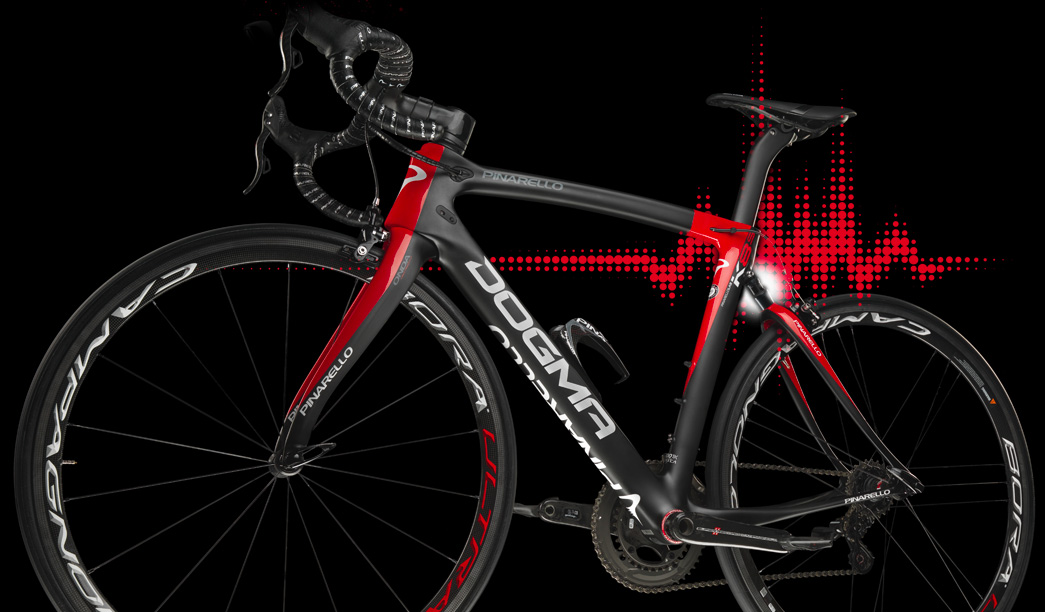 After unveiling their newest “suspension” doppelgänger of the Dogma K-8, aptly called the K-8S, at this year’s Paris-Roubaix Classic, Pinarello released a new video this week outlining its virtues.

Touting better performance and comfort over rough terrain by as much as 50%, Pinarello’s video details the inner workings of its new frame/suspension design and their partnership with Jaguar, who helped create it.

“Today, our knowledge of carbon fibre, and in partnership with Jaguar, has allowed us to introduce the first lightweight full suspension road bike,” says Fausto Pinarello .

While the use of elastomers and other suspension tricks are not new to the road bike industry, Pinarello suggests that their K-8S is perhaps the most refined application of its kind – to date.

But, we’ll let Pinarello explain that it their own words.