Planning on Running a Marathon? Here’s a Good Diet to Follow 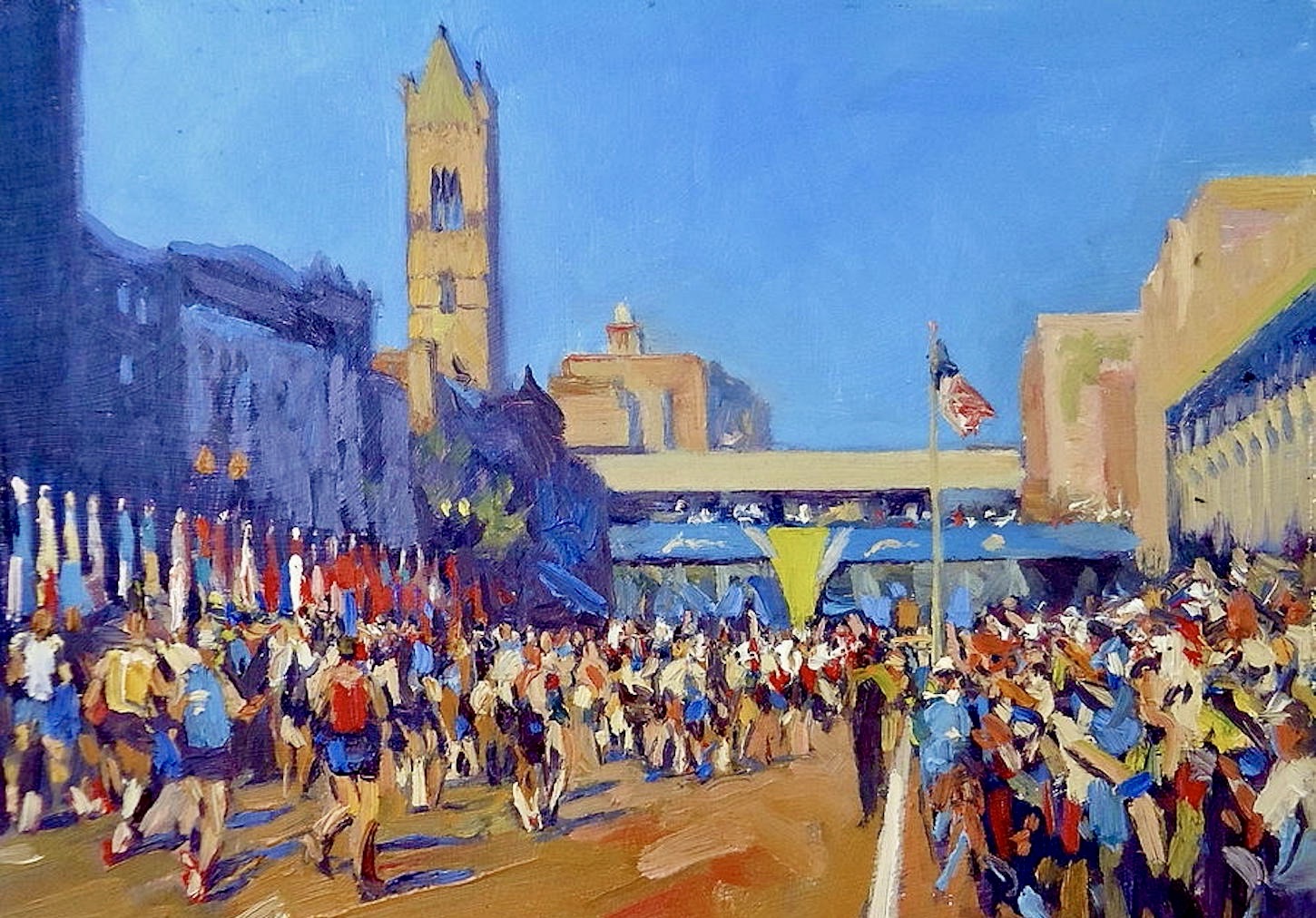 Did you make a New Year’s resolution to run a marathon? Or perhaps you’ve conquered a marathon and want to take on an even longer event?

Your diet is crucial in long-distance running. If you don’t eat the right foods in the right amounts, you might not get enough energy to train and compete properly.

Over time, not having enough energy during training can lead to “relative energy deficiency in sport” (RED-S) syndrome. This condition can cause problems such as poor recovery between training sessions, reduced training capacity, recurring injuries, and a suppressed immune system.

It can also put you at risk of further health complications. The major long-term one is an increased risk of osteoporosis and bone fractures. Depending on the severity, it can also cause heart problems and gastrointestinal issues such as constipation.

To lower your risk of relative energy deficiency, here’s what you should eat if you’re running long distances

Carbs are your best friend

Carbohydrates provide most of the energy used during any length of exercise.

The International Olympic Committee on Nutrition for Sport recommends endurance athletes, who compete or train up to three hours a day, consume at least 6-10 grams of carbs per kilogram of body weight each day.

About 50g of carbs can be found in each of the following foods: five Weetbix biscuits, four slices of bread, two large bananas, three medium-sized potatoes, 600ml flavoured milk, a cup of rice, or one-and-a-third cups of pasta. As you can see, you would have to eat quite a lot of carbs throughout the day to reach the recommendation!

The committee also recommends you eat 1-4g of carbs per kilogram of body weight in the four hours before exercise.

So for a 70kg runner, that means 70-280g of carbs before an event. There’s roughly 70g of carbs in each of the following: two slices of fruit toast with a large banana, one-and-a-half cups of cooked pasta, or 600mls of flavoured milk plus an apple.

You also need to keep up your carb intake during endurance events. You’ll need to consume 30-60g per hour, and during ultra-endurance events up to 90g per hour, regardless of your weight. Ideally, the foods would be high in carbohydrates and low in fiber to minimize gastrointestinal discomfort such as bloating or runner’s diarrhea.

A total of 60g of carbs would be three slices of white bread with jam, or two energy gels (small packets of high-carbohydrate gel). Sports drinks are also useful if you don’t feel like eating. A 600ml bottle would help with rehydration and provide about 40g of carbs.

These recommendations are only guides. Athletes should consider their current diet along with training intensity, whether they’re meeting training goals, how quickly they tire during training or competition, recovery between training sessions, and weight changes.

More fat is used as the duration of exercise increases, and if the exercise lasts more than four hours, your body will begin to use small amounts of protein. It’s hard to determine the exact levels of fat and protein used, as this depends on the intensity of exercise and level of training.

Nevertheless, as fat contributes to energy, it’s important to include healthy fat sources such as olive oil, nuts, seeds and dairy products in your diet, although there are no set guidelines for how much fat you need to eat.

Protein is needed for muscle repair. The International Society of Sports Nutrition Guidelines recommend endurance athletes consume 1.4g of protein per kilogram of body weight, every day. This equates to 98g for a 70kg runner. Each of these foods contains about 10g of protein: two small eggs, 30g cheese, 40g lean chicken, 250ml dairy milk, three-quarters of a cup of lentils, 120g tofu, 60g nuts or 300ml soy milk.

Consuming 20g of protein in the 1-2 hours after exercise helps maximize  muscle repair and gain. This amount of protein can be found in one small tin of tuna, 600ml of milk, or 80g of chicken.

You can lose a significant amount of water via sweat during endurance training and events. Making sure you’re hydrated is vital for performance and health. One of the easiest ways to know how hydrated you are is by checking your urine color — it should be clear or hay-colored. If it’s amber or darker, you need to drink more water.

While dehydration is problematic, you should also be careful not to drink extreme amounts of water, which can cause sodium levels to drop too low. This is rare, but if you gain weight right after an long-distance event, it might mean you’re drinking too much water.

One of the most important nutrients for endurance athletes is iron. Iron loss occurs during heavy sweating, and women are at increased risk of iron deficiency with menstrual losses.

It’s important to include red meat in your diet, or if vegetarian or vegan to consume more beans, lentils and whole grains.

Ultimately, no two athletes have the same requirements to achieve the goals they want from training and competing.

While you may be tempted to buy supplements to improve your performance, this will have little impact unless you get the diet right first. It may be worthwhile talking to an accredited sports dietitian to ensure you’re meeting your energy and fluid requirements and are not at risk of relative energy deficiency syndrome.

Evangeline Mantzioris is the Program Director of Nutrition and Food Sciences at the University of South Australia. She has been working as an Accredited Practicing Dietitian for over 25 years with experience in undergraduate and post-graduate teaching, clinical dietetics, clinical teaching and private practice. She is on the Editorial Board of the Journal, Nutrition and Dietetics and she is also an Accredited Sports Dietitian.