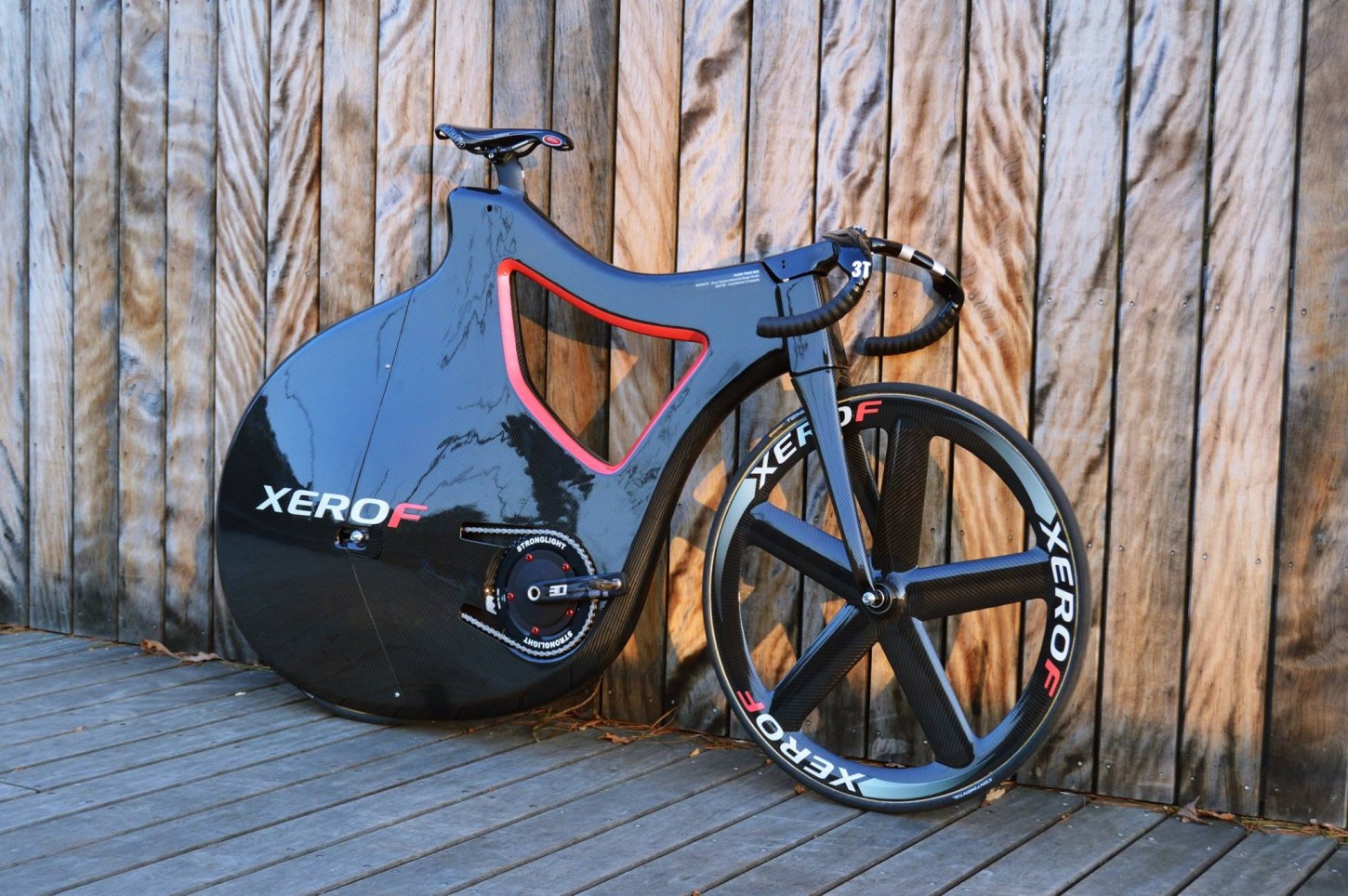 Upon first-glance, the PLUMA track bike looks like an exaggerated padlock. However, the bike’s aesthetic couldn’t be more appropriate for its function.

The PLUMA is a track bike which is focused almost entirely on cheating the wind.

As such, its frame is crafted entirely from carbon fiber, along with a PVC foam core, while the rear of the bike is completely clad, allowing air to be guided in such a way that gives the PLUMA incredible aerodynamic properties.

Similar to most track bike layouts, the PLUMA features low-slung handlebars which dip below seat level, allowing riders to assume the most aerodynamically aggressive position as possible.

Additionally, the PLUMA uses a single-speed drivetrain with no brakes, characteristic of traditional track bike set-ups.

The PLUMA was initially conceived by Portuguese industrial designer, Nuno Teixeira back in 2010.

However, over the last year, the bike has undergone significant improvements to increase aerodynamic efficiency and further shed weight, through the use of more advanced composites and aerodynamic modeling.