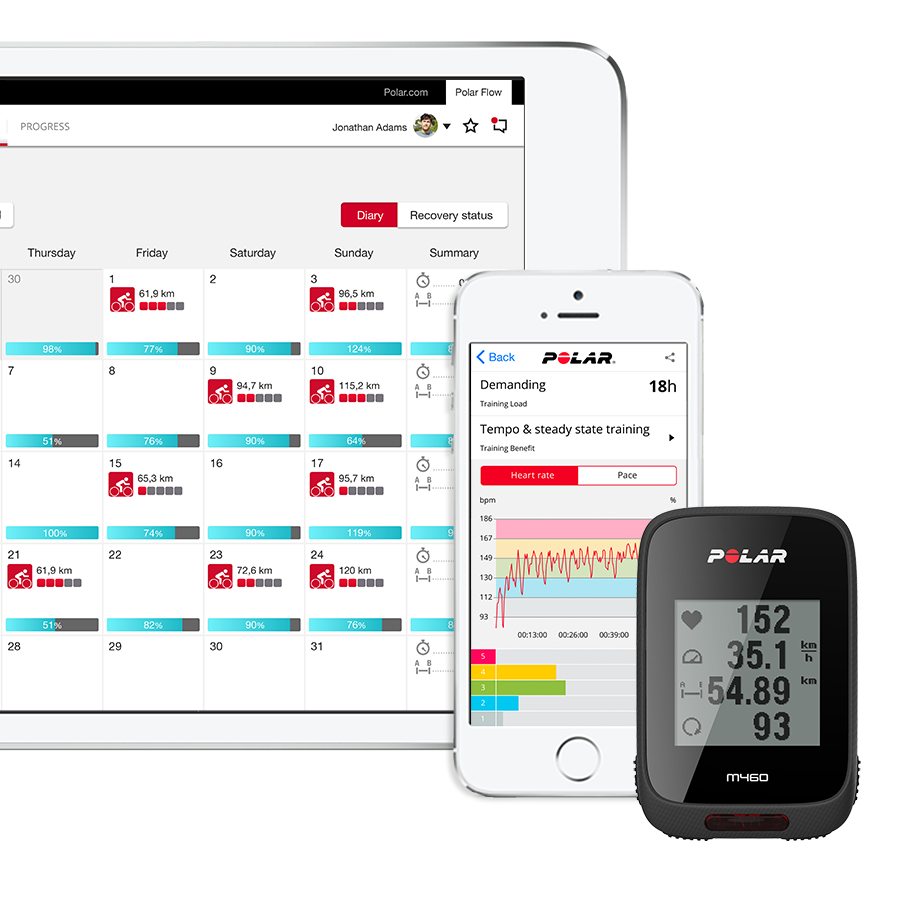 Polar announced the launch of its new M460 bike computer today, that features a host of functions which include integrated GPS and barometer-based inclinometer, compatibility with an extensive list of third party power meters and advanced cycling power metrics, such as Training Peaks’ Normalized Power, Intensity Factor and Training Stress Score.

“Polar’s experience working with professional athletes and coaches helps us develop the necessary technology to make Polar M460 a reliable tool for athletes during various stages of their training sessions,” said Marco Suvilaakso, Chief Strategy Officer of Polar. “Polar’s cycling products have become a staple for devoted cyclists who are passionate about their training and want to reach their goals.”

These features include Fitness Test, which enable cyclists to gauge their current fitness levels and see progress along the way, Training Load, which shows how a ride affects their body, Orthostatic Test, which shows how their heart rate responds to training and factors such as stress and illness, and Recovery Status, which helps them find the perfect balance between training and rest.

“Polar is no novice player in the cycling game, and we prove that with the introduction of Polar M460 to our cycling product portfolio,” said Tom Fowler, President of Polar U.S.A. “Cyclists rely on accurate data to not only track, but improve their performance, and Polar has used its industry leading technology, combined with passion for constantly improving cyclists’ performance, to develop an incredibly advanced bike computer. When a cyclist is equipped with data that is not only expansive and in-depth, but accurate, they are then equipped to set and achieve personal goals that encourage peak performance.”

You can learn more about the M460 by visiting Polar’s website here.