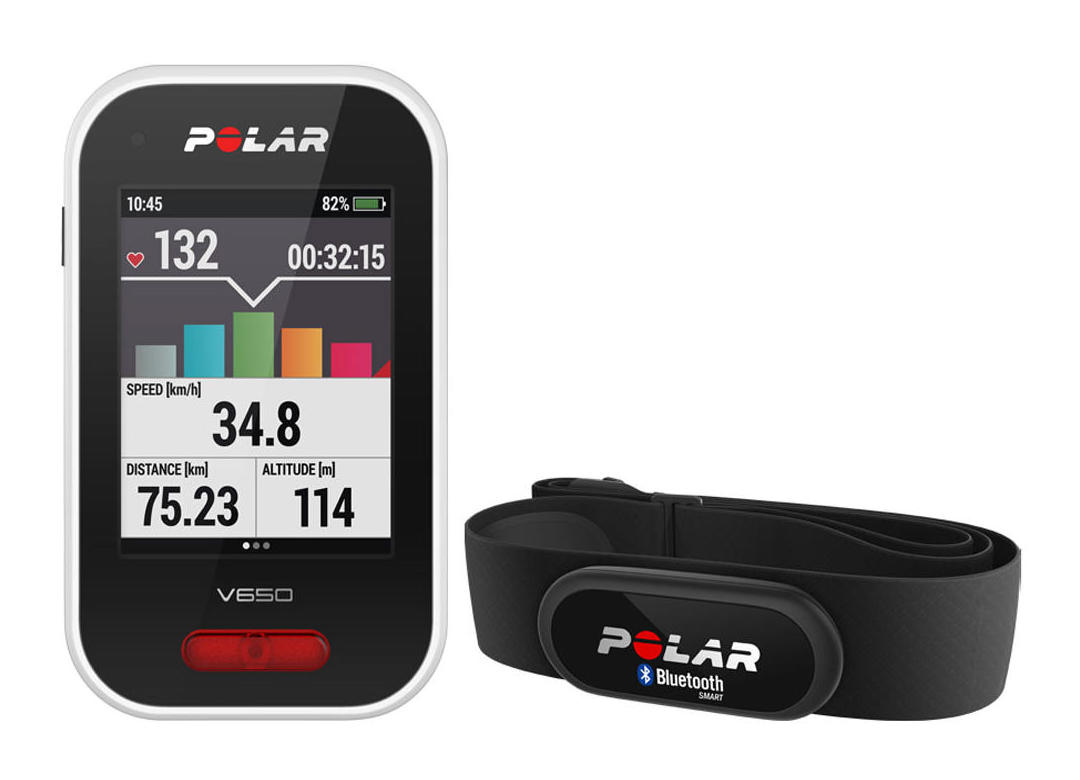 23 Mar 2015
By Gianni Pericolo - In FEATURED ARTICLES, THE DOUBLE DIAMOND

Needless to say, there’s been a dizzying amount of bike computers over the years. However, in most instances, they’ve all pretty much offered the same garden variety functions, such as speed, distance, cadence ect.., all confined to a small often difficult to read and navigate platform.

The new V650 takes things further, by offering cyclist a generous 2.8” color touch screen, with side-swipe capabilities, and a plethora of features that range from basic cycling data, to Polar’s Smart Calorie counter, which can calculate calories burned based on a cyclist’s weight, height, age, gender and the intensity of your workout. This function in turn, can be paired with a heart rate sensor, which can display everything from basic heart rate, maximum heart rate and set customizable heart rate zones. This is accomplished using Polar’s Zone Pointer display and Zone Lock feature, which can help a cyclists set and and stay within their optimal output levels during a ride.

In addition, the V650’s integrated GPS allows for an auto-recording mode, which starts and stops the computer based movement. Furthermore, Polar has added an interesting Back to Start feature, which can direct cyclists back to their respective starting points, and even give directions for the shortest possible route back.

Another feature, is Polar’s Race Pace, which allows cyclists to preset a desired speed and distance, which they can visually watch to see if they’re either keeping pace, or falling behind the display.

There’s one more feature, called Training Benefit, which can provide cyclists with a quick overview of their key ride data, while also allowing them to upload it to their computer using Polar’s Flow software – for a more in-depth analysis along with visual graph displays of speed, heart rate, power output and more.