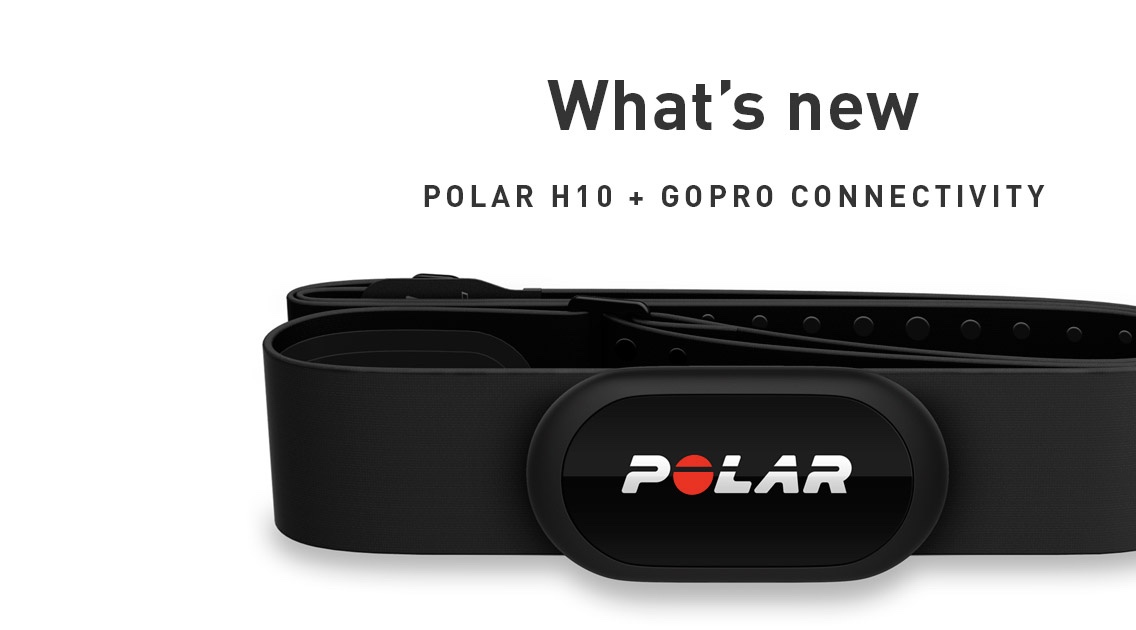 Polar unveiled its new H10 heart rate strap at the Consumer Electronics Show (CES) in Las Vegas today, along with additional features for its V800 GPS and M600 smart watches, which the company says will now allow users to remotely control basic functions of their GoPro Hero4 and Hero5 action cameras with their watches via Bluetooth. In addition, users will also be able to generate heart rate overlays onto their GoPro videos as well.

Additional features that are also heading to the M600 and V800 GPS sports watches, will allow users to view basic GoPro data from their wrists, including battery life remaining on the camera and to check in on the status of filming.

We are proud to announce the new Polar H10 heart rate sensor and more details about our GoPro connectivity.

What’s new in a nutshell

“Adding heart rate data over action videos not only enhances the Polar experience for adventurers, but also enables them to truly showcase and relive their athletic accomplishments”, says Marco Suvilaakso, Chief Strategy Officer at Polar.

Athletes can also use the Polar V800 and Polar M600 to operate basic commands on their GoPro, such as