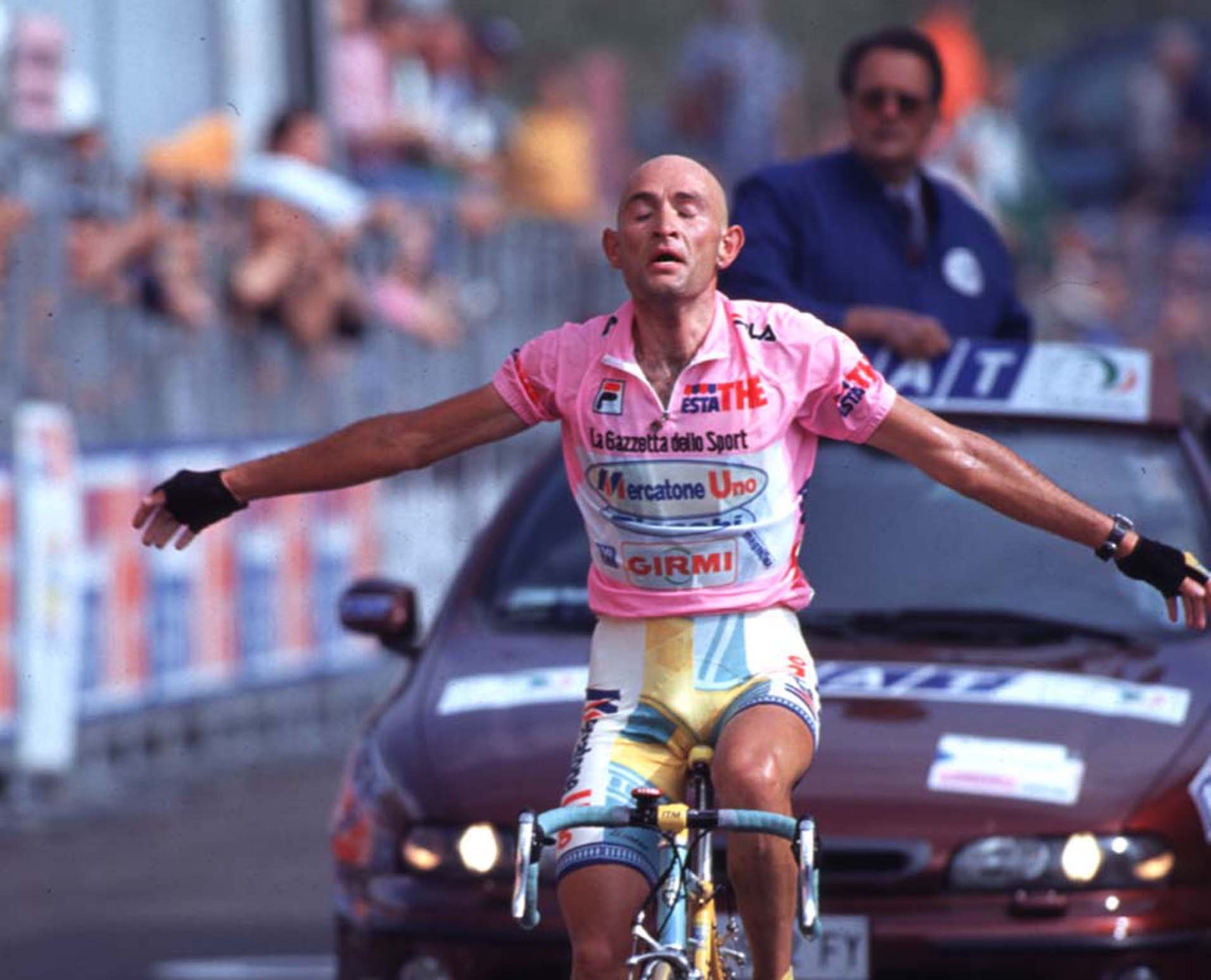 The plot continues to thicken in the sordid tale of Marco Pantani’s demise, with the latest evidence suggesting that the Mafia was behind the Italian rider’s exclusion from the 1999 Giro d’Italia.

According to a new investigation, a public prosecutor in Forli, Italy has uncovered evidence, that suggests members of organized crime were instrumental in having Pantani’s blood samples manipulated during the race, to show him having an elevated haematocritic level, which ultimately led to him being ejected from the race.

The probe was launched by magistrates based on testimony provided by high-profile criminal – Renato Vallanzasca.

Vallanzasca claims in his autobiography, while serving a jail sentence in May of 1999, another prisoner told him, “to bet his life savings on Pantani’s rivals, because  he wot be finishing the race.”

At the time, Pantani was leading the race, however, test results on the eve of the penultimate stage, returned a high haematocrit reading, which led to his expulsion from the race based on suspicion of doping.

According to reports, the motivating reason behind the Mafia’s involvement, was because they stood to lose billions of lire in illegal gambling money – were Pantani to have won.

Vallanzasca was interviewed by a magistrate at the time, but for fear of reprisals from the Mafia, would not reveal the identity of the man in question, leaving the investigation at an impasse.

However, the Forli public prosecutor’s office reopened the case after believing they had discovered the man in question.

The Italian television program, Italia 1, published a transcript of a telephone conversation between the man who had been Vallanzasca’s cellmate in 1999, wherein he confirmed to a family member that he had been interviewed by investigators from Forli.

According to a report in the Italian newspaper, La Gazzetta dello Sport, Sergio Sottani, the state prosecutor heading the investigation, concluded that, “the Mafia threatened a doctor to compel him to alter the test results to cause Pantani to be outside the rules.”

In addition, Gazzetta dello Sport quoted testimony from Augusto La Torre, one of the heads of the Naples Mafia.

“I spoke to several other bosses and they told me there was a risk of going bankrupt and losing several million if Pantani won the Giro, just as happened with Maradona and the Napoli football team in the eighties,” La Torre reportedly said in the 30-page Forli police report.

“I can say that the clan contacted the people who did the control and corrupted them. I absolutely exclude that they were threatened, it was just corruption.”

It’s been 17 years since Pantani was expelled from the Giro d’Italia at Madonna di Campiglio – ahead of the final stage.

At the time, no test existed to detect the performance enhancing drug EPO. But, under UCI rule, if a rider’s haematocrit level exceeded 50 per cent, he was required to take a two-week break from racing.

That evening, Pantani returned a haematocrit reading of 52 per cent. And, the following morning, news broke that the Mercatone Uno rider had been expelled from the race.

Pantani’s career never recovered from that incident, with his life spiraling downward from there.

Years later he would briefly resume racing. But, between being tarnished by the scandal and poor results, Pantani eventually disappeared from all sight.

On the morning of February 14, 2004, he was found dead in a motel room in Rimini, Italy, from an apparent drug overdose.

In recent years, allegations and conspiracy theories have abound from every angle, which have led some to believe that Pantani had been murdered.

While the circumstances surrounding Pantani’s death continue to gather further attention, for this week, his family has received some vindication, that the once Italian cycling star, may not have doped during his career after all.

“Finally someone has managed to some good work,” she said. “It won’t give me Marco back, but it will give him back his dignity, said Pantani’s mother.

“These words hurt me,” she added. “They confirm what Marco always said – ‘they cheated me’. He never accepted it.”