Pope Given a Bike During Visit in Philadelphia 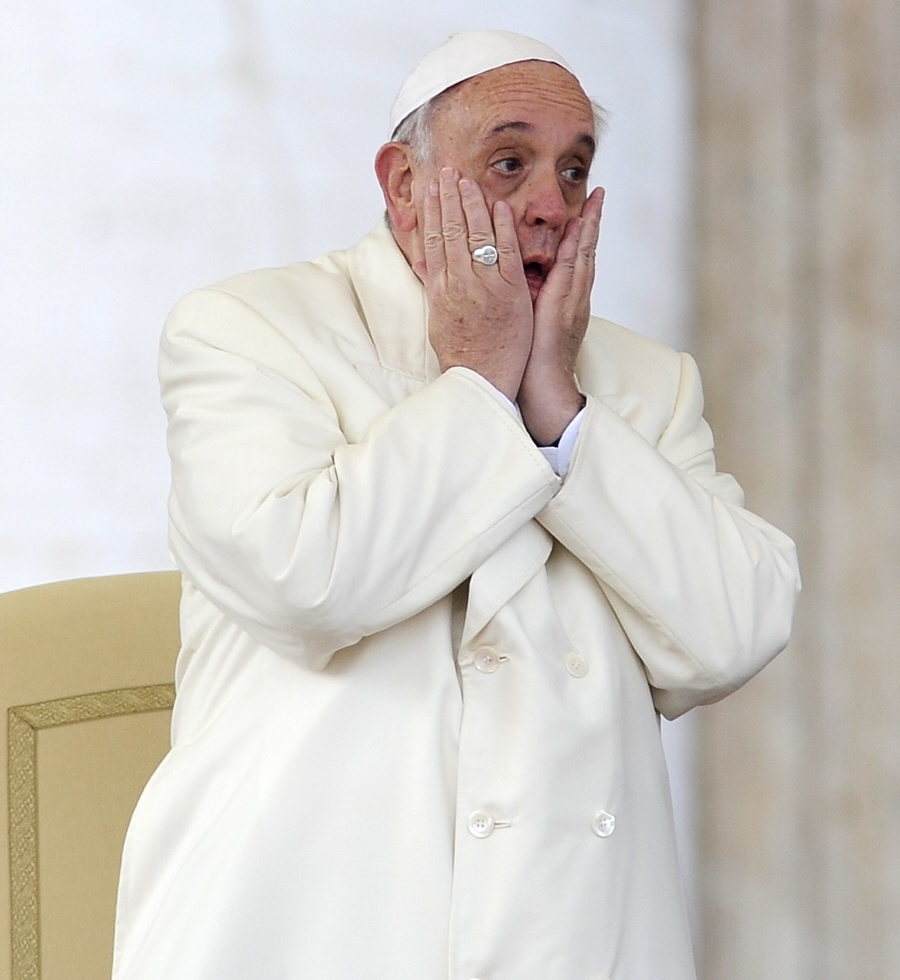 The Papacy has long had an affinity with cycling, and over the decades, several Pontiffs have been given bikes as a gesture of spiritual good-will.

As Pope Francis makes his rounds visiting the USA, Breezer bike plans to bestow upon his Holiness, one of the their Downtown 8 cruiser bikes.

The Philadelphia based, Advanced Sports International, which produces Breezer bikes, along with Mayor Michael Nutter and the Philadelphia Bicycling Advocacy Board, presented the gift to Archbishop Charles Chaput in a ceremony held at the Philadelphia Convention Center yesterday to give to Pope Francis.

“We are humbled to have this opportunity to honor Pope Francis and his work on behalf of livable cities and his appreciation of the bicycle as a means to create a better, more sustainable environment,” said Karen Bliss, chair of the Philadelphia Bicycling Advocacy Board and VP of marketing at ASI.

The bike features graphics by Amanda Dirksen Catanzaro, head of ASI’s graphic design team. Catanzaro started with a clean, “papal white” frame and added elements to honor the Pope, including his name in his native Spanish language, Papa Francisco, on the top tube. She chose the Pope’s crest for the head badge, fabricated in brass by Toronto-based artists Carl & Rose.

Other symbols she placed on the bike include a Cross, a Holy Candle, a Peace Dove, and the colors of the Swiss Guard. As a tribute to Philadelphia, Catanzaro placed a Liberty Bell and a “PHL Made” logo on the seat tube.

One of the most distinguishing details is the chain guard. Custom designed and fabricated by Carl & Rose, the metal chain guard takes the shape of an angel’s wing.

“I wanted an element on the bike that represented a spiritual aspect central to the Pope’s life and career,” said Catanzaro. “It is my hope for him that as he continues to travel and teach that he will be bolstered by his faith, that he will experience the security and strength that comes from leaning on God,” she added.

The bicycle was hand-painted by Toronto-based design company VéloColour.