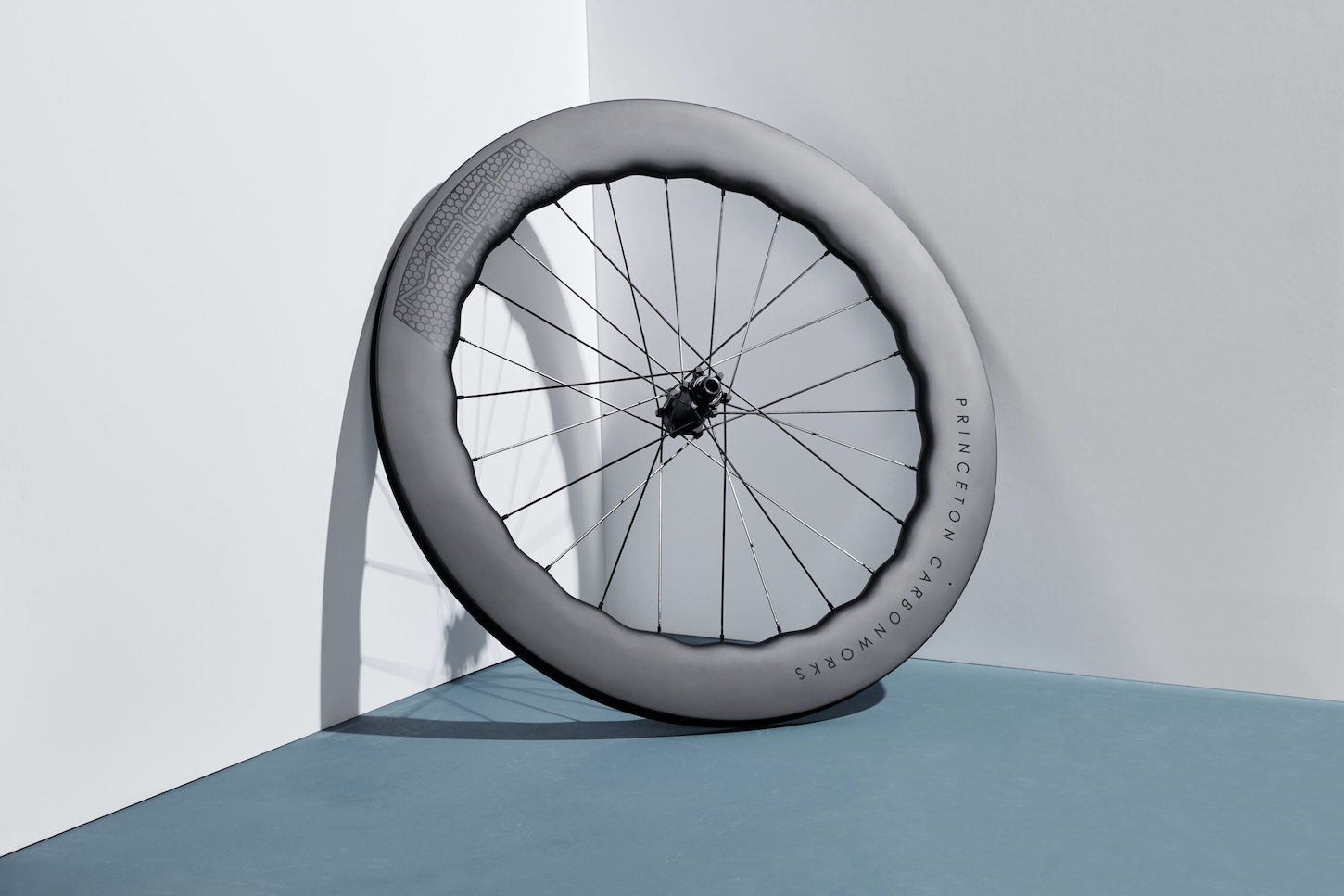 Princeton CarbonWorks has launched its latest wheelset called the Mach 7580, touting it as the lightest and most aerodynamic set of hoops in its category.

Before its official launch, the Mach 7580 wheelset first gained notoriety when Filippo Ganna used the front wheel in combination with Princeton CarbonWorks’ Blur 633 full-carbon rear disc wheel to claim a second consecutive title in the elite men’s individual time trial at the UCI World Championships in Leuven, Belgium back in September.

Tipping the scales at 1,495g in its lightest form, the Mach 7580 wheelset features Princeton CarbonWorks’ signature, undulating rim design, which varies in depth from 75 to 80mm, resulting in an average depth of 77.5mm.

Additionally, despite its relatively narrow internal width of 19mm (external width of 26.75mm) that’s optimized for 25mm tires, Princeton CarbonWorks boldly claims the Mach 7580 “leads in aerodynamic efficiency and is the fastest wheel for every course and every condition and every rider”.

The Mach 7580 wheelset is available in both rim and disc brake variants that start at $3,000, along with a choice of several hub options that are fitted with Sapim’s CX-Ray spokes with Secure Lock nipples, while the most expensive versions feature either DT Swiss 180 or Tactic Racing hubs for $3,950.