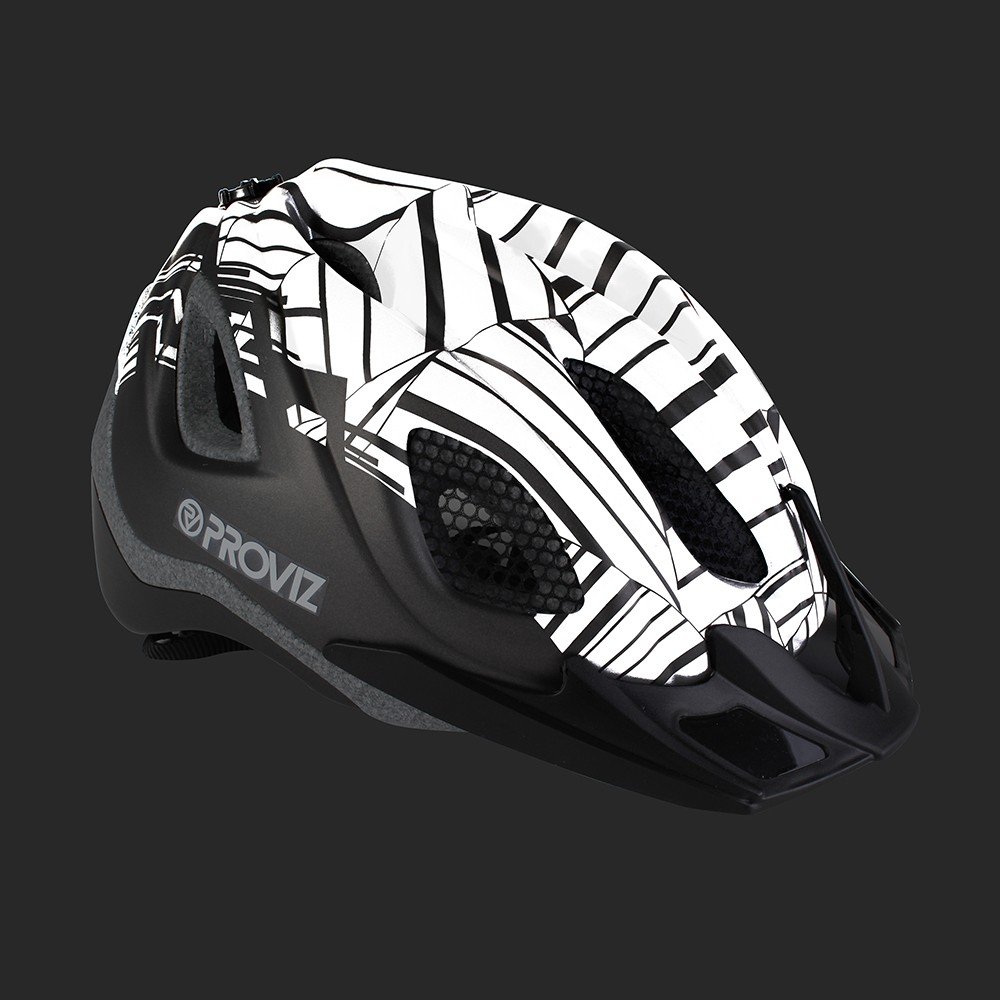 Bicycle safety specialist, Proviz, has launched a new highly reflective helmet called the REFLECT360, which as its name implies, is designed to give urban commuters the utmost visibility.

The REFLECT360 uses what Proviz calls its KStar reflective system which incorporates reflective particles embedded into the helmet’s microshell covering.

When the surface of the helmet is met with direct light, its pearl grey color turns into a highly reflective brilliant white, which serves as an alert to other road users – especially vehicles.

Rupert Langly-Smith, co-founder of Proviz, said: “We have wanted to introduce a REFLECT360 helmet since we launched the range almost three years ago but it has been a challenging process.”

He added: “We are now extremely happy with the helmet and how effective it is at night or during hours of low light and it is a natural expansion of our best-selling range. It is a product that I think all cyclists that wear a helmet will have an interest in.”

Made in Germany to the highest manufacturing standards and certified to CE EN 1078, the REFLECT360 helmet utilises patented K-Star technology to incorporate millions of tiny, mirrored glass beads with the helmet microshell for full surface reflection and therefore giving more reflection than any other helmet on the market. The patented reflective surface is not stuck on over the shell, it is incorporated in to the helmet and has a clear, protective plastic layer so no damage to it can occur.

The helmet comes equipped with an intelligent adjustment system to give a secure individual fit and allows for the height and circumference to be pre-set, meaning it can be quickly and easily adjusted to allow for the perfect fit and maximum comfort. The headring also has 2 integrated LED lights, and a reflector. An insect mesh also comes as standard.