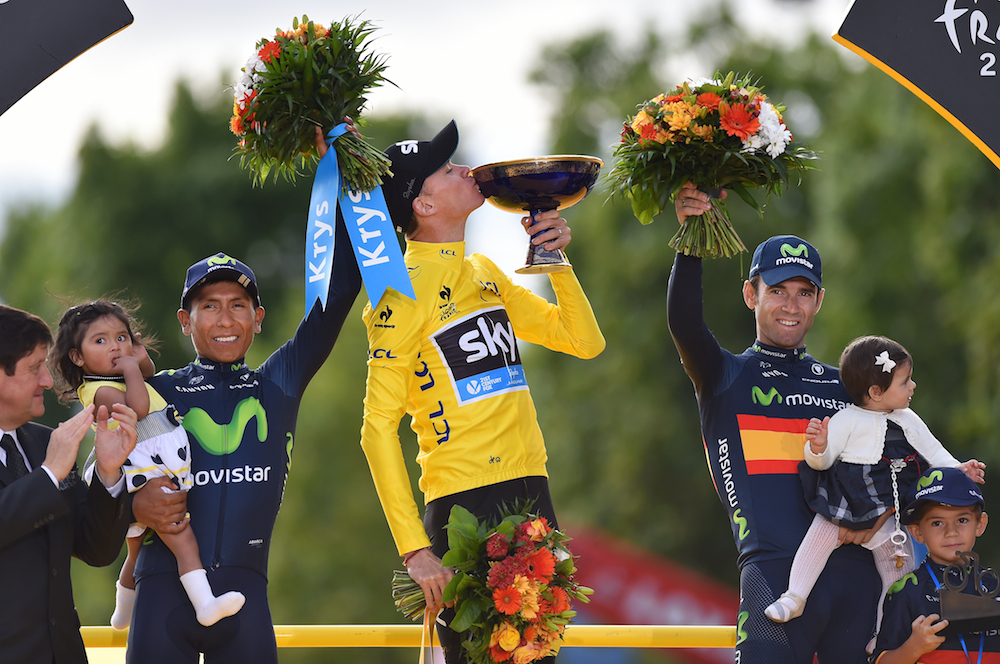 I have always found it funny how some of the Tour de France riders get so annoyed when someone transgresses on race etiquette around seemingly minor issues. The latest example of this grumbling was from Chris Froome on stage 19 yesterday – Vincenzo Nibali apparently attacked when he shouldn’t have.

I mean, it’s not like professional cycling, or the Tour de France for that matter, has ever been a paragon of virtue. And it is a bike race isn’t it?

It just seems a little odd that a sport like cycling with such a long history of cheating would strongly defend an ethos of ‘honourable’ racing within the professional peloton.

Some moments of honour rightly do capture our attention, and appeal to most cycling fans. Remember Orica Green Edge rider Simon Clarke giving his wheel to fellow Australian Richie Porte (Team Sky) after Porte punctured in the Giro d’Italia? Both riders were officially penalised for that ‘honourable’ moment, despite the uproar amongst cycling fans and other riders in the race who regarded Clarke’s act as something to be celebrated not punished.

The thing is, these examples of true unscripted sportsmanship between riders on opposing teams are fairly rare in today’s World Tour professional racing calendar. The riders are more likely to complain about a perceived slight against them, or point the finger at another rider going against the ‘spirit’ of the Tour by attacking after a rival has suffered a mechanical or accident, on a dangerous descent, during race neutralisation, or in the feed zone.

Again, this just seems strange to me.

If you’ll protest publicly about someone else in the peloton doing the ‘wrong thing’ by ignoring the ‘unofficial’ etiquette rules of professional cycling, why wouldn’t you also say something about the far greater numbers of people around you in the peloton and in other areas of cycling who have surely done the worst thing possible for cycling by choosing to dope?

This petty finger pointing at other riders daring to win just lowers the tone and appeal of the racing in my view. Again, the Tour de France is a race after all.

Road cyclists in Europe used to be called the ‘convicts of the road’ and early racing in Australia has been referred to as akin to ‘boxing on wheels’. With its working class origins, bike racing has always been a tough sport that attracted tough characters – stories of the ‘rough and tumble’ amongst the hard-men of the bunches in amateur club racing are plentiful.

Arguably, those hard days may have all but disappeared with the growth of professionalism, the shift in the Tour de France that came with trade team sponsorship in earnest from the 1960’s (leaving national teams behind for good in 1969), and the global commercialisation of the sport today – all factors that have had a role in sanitising the racing.

There is still the combativité classification for the most aggressive rider (awarded since 1952). But that is not about face-to-face aggression or attacking in a way that doesn’t win you any friends. It is usually given to the rider who gets in the most breakaways, attacks the most (in the predictable moments), or rides on through injury after a crash.

I like the idea behind the most aggressive rider competition, and think it’d be even better if it had a jersey associated with it rather than just the award of a red race number. However, I’d much rather see the peloton drop the charade of honour and etiquette and really take the gloves off. That would truly animate the race and make it even more exciting.

On tonight’s Tour de France stage 20 to the mythical Alpe d’Huez, with current race leader Chris Froome 2min38sec ahead of nearest rival Nairo Quintana, I’m looking forward to an exciting race that will see a string of attacks on Froome. I hope everyone has a go.

I’d also like to see a return to the days of the Tour when the race could still be decided on the final stage (e.g. like Greg LeMond coming from 50 seconds behind to beat Laurent Fignon by 8 seconds on the final Paris stage ITT in 1989), rather than seeing results like Cadel Evans finishing second a mere 58 seconds to Carlos Sastre in 2008, and even closer at 23 seconds behind Alberto Contador in 2007, or Pedro Delgado’s tantalising 40 seconds behind winner Stephen Roche in 1987.

Of course, today the final stage to Paris is often a ‘ceremonial’ stage, where the overall race standings are not contested (the etiquette is you don’t attack the yellow jersey on the last stage). This is partly out of respect for the race leader in the yellow jersey, and probably also respect for the race and the long three weeks the remaining riders have endured to get to Paris – it’s a truce of sorts, a celebration, and a procession.

Pragmatically, the final stage is flat and short anyway, with little chance of a successful break away on the Champs-Élysées circuit. Winning the sprint on the Champs-Élysées is also a big honour, and the teams with genuine sprint contenders work hard to keep everyone together to force a bunch sprint to the finish.

Barring a catastrophic accident or a major mechanical, current race leader Chris Froome looks likely to stand on the winner’s podium this Sunday 26 July to be awarded his second Tour de France victory. I am certainly not hoping for a crash or catastrophe for Froome. But I would love to see some old-style rough and ready racing tonight that shakes up the final standings of the world’s greatest road cycling race.

I’d also like to see some attacking riding on Sunday. I love seeing the peloton hurtling around the streets of Paris and the Champs-Élysées on the Tour final stage. But, I have always thought that stage is a bit of an anti-climax for such a monumental race.

Imagine how exciting it would be if the the Tour yellow leader’s jersey outcome was decided on the final day in Paris. The Tour de France race etiquette just doesn’t make sense anymore given the history of doping in cycling.