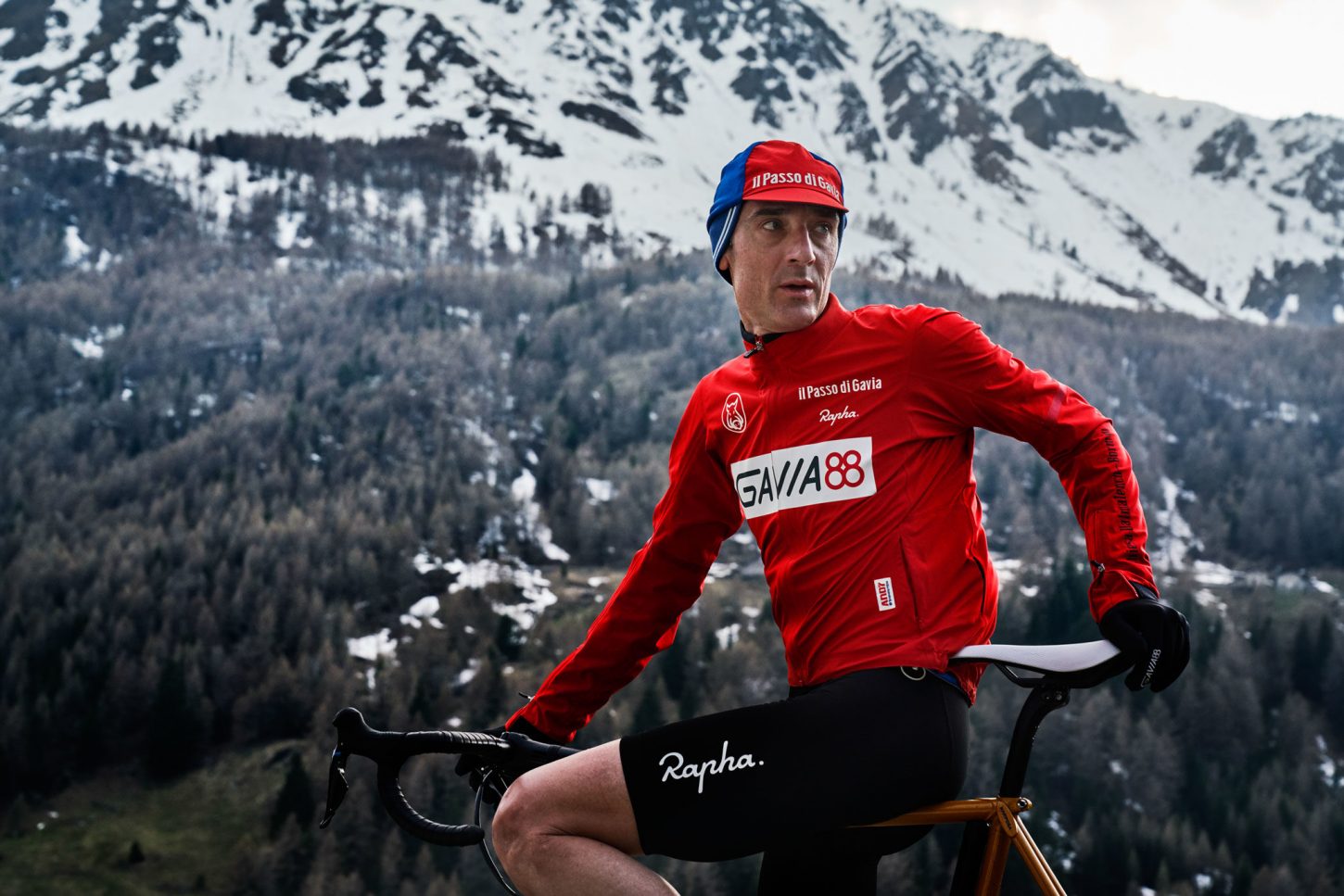 04 May 2018
By Campionissimo - In FEATURED ARTICLES, LATEST ARTICLES, THE DOUBLE DIAMOND

The Gavia Jersey is modeled after a similar one that Hampsten wore during that epic stage, which features Rapha’s Sportswool merino and polyester fabric, along with a stitched chest panel design, a silver-plated zipper, an embroidered back pocket and pink lining.

The Gavia Bibshorts are based on Rapha’s Classic Bib Short, which feature the Gavia 88 logo along the side of the legs, while replicating the same newspaper collage design on straps that’s found on the base-layer.

The Gavia Jacket follows the same design as the British brand’s Pro Team Race Cape, which uses a 3-layer waterproof, breathable fabric from Polartec, long with the Gavia 88 logo, a soft neoprene collar, zipper cuffs and a full-length Vislon zipper.

Before helmets were mandatory, the peloton wore caps. The Gavia Cap honors that tradition with a classic merino wool version, complete with waterproof panels, thick lining and wool ribbing to cover the ears.

The Gavia collection is further rounded out by a base-layer that’s stylized with the same newspaper collage as mentioned, along with neoprene gloves and classic ankle-length socks.

You can check out the Gavia collection in more detail here.