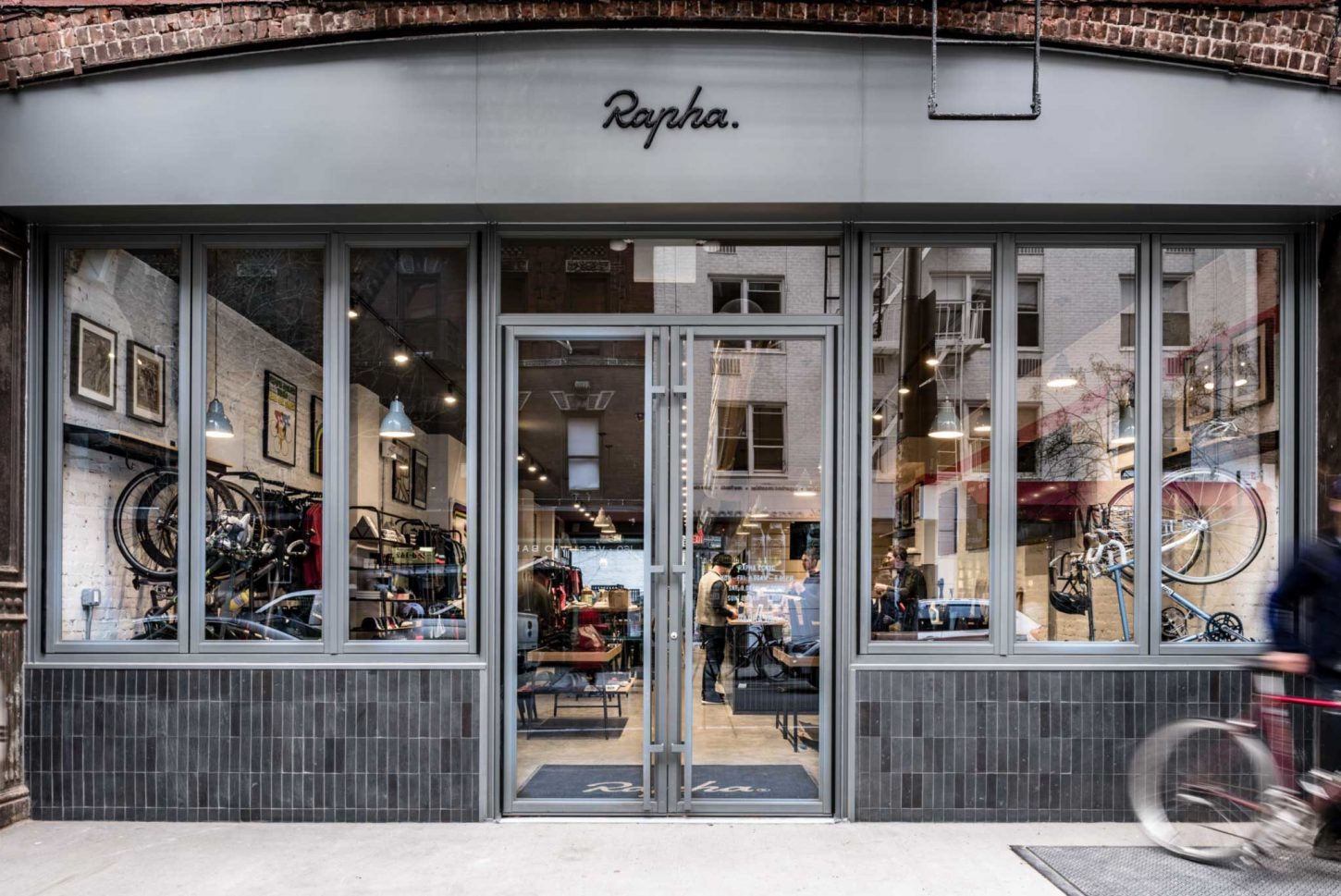 Perhaps, the English dandies at Rapha should have stuck to their starving artist diet of Kombucha and Ramen noodles, and remained true to their mission of offering stylish cycling apparel that came to establish itself as a niche product amongst the cycling cognoscenti. Alas, the British brand decided to embark on a mission of economic aggrandizement, and sell-out to of all companies, Walmart, over a year ago.

If ever there was a cycling apparel brand that wrapped itself in a garb of worldly political correctness, using the bike as its instrument for heralding social justice, personal freedom and the thought that Mars would one-day be colonized solely by craft-beer swigging, pierced-out, tattooed, skinny jeans wearing neo-liberals saving the solar system one pedal stroke at a time, it was the original Rapha.

But, like most of today’s hipster millennials (or latte liberals as I like to call them), Rapha too was merely pretending to dance around the lily in the quicksand, espousing all kinds of lofty ideals while simultaneously accusing everything around them of political and economic venality, before dollar signs came its way.

In any case, in less than six months after Rapha’s founder, Simon Mottran, decided to sell his company to the owners of Walmart for a reported $200 million, the brand has experienced a dramatic loss in revenue of $26 million.

As a result, Rapha has been forced to cut a wave of positions, while a good deal of their apparel has found its way onto discount websites.

In an attempt to do damage control, Rapha has put its own spin on things by saying, “as we entered 2018, we adjusted our trading strategy, prioritizing long-term profitable growth above short-term sales. As part of this, we are simplifying certain areas of the business, in order to reduce costs, and consolidate and strengthen our position. These actions will result in the reduction of a limited number of positions in our London headquarters.”

There’s a part of me that’s somewhat surprised by this, since I initially felt that Rapha and Walmart might have actually made for a good union. After all, the average Walmart shopper has almost as many tattoos as your typical fixie rider. And, while the erudite cyclist may prefer a macchiato over the box-store’s in-house Sanka, and craft beer over the chain’s endless supply of Old Milwaukee, it was still a place where people could come together for the love of joe and brew.

Sadly, that pivotal moment when cyclists and Nascar lovers could finally embrace one another and take down the glass ceiling once and for all, making the environs of Walmart a place where people of all identities could lube their bike chains alongside those changing their oil right there in the parking lot, may have been lost forever. And, regardless of whether a person spoke in Old English or Broken English, a universal language might have come together in harmony like Clif Bars and jerky.

When you think of it, Rapha almost looks and sounds like Rapala, one of the leading brands of bass fishing lures.