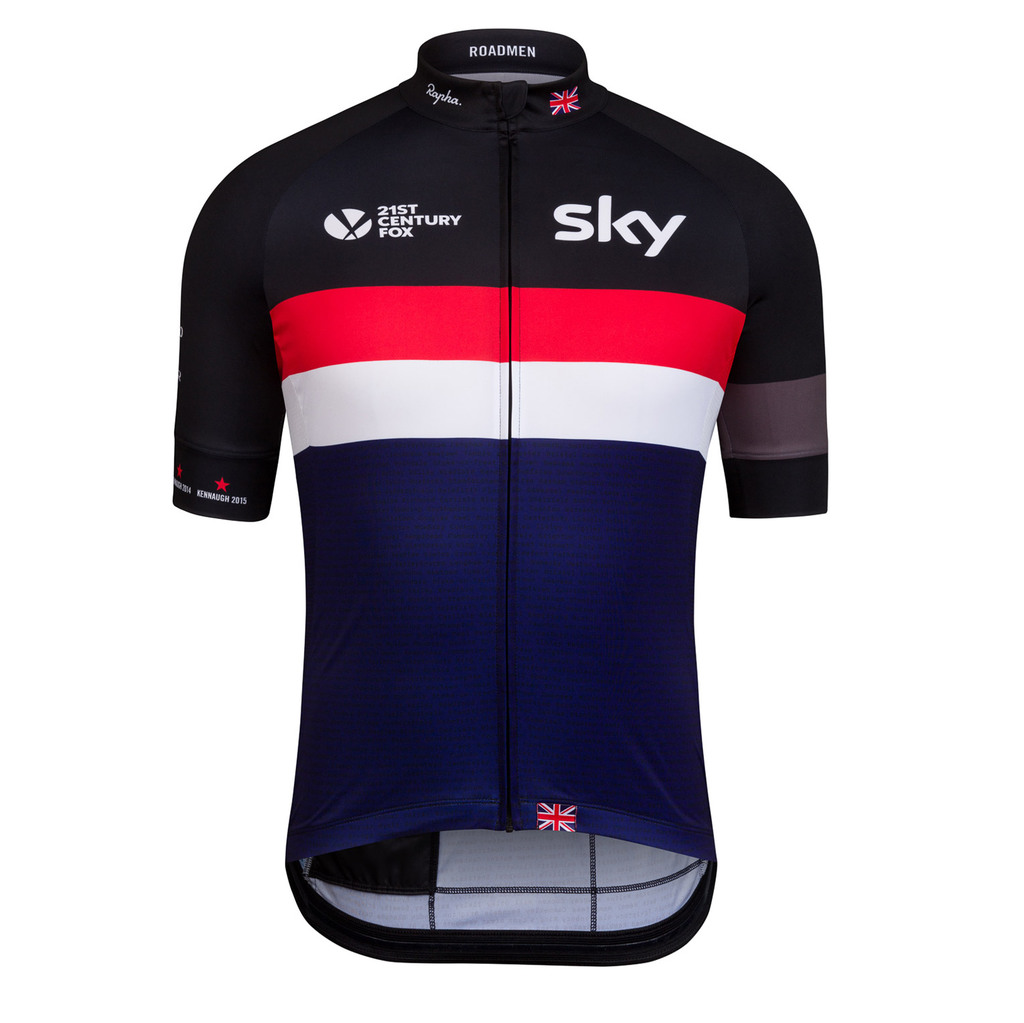 To celebrate Team Sky’s participation in this year’s Tour of Britain, which starts on Sunday, Rapha has issued a special edition jersey to underscore the team’s hopes for victory.

Team Sky’s, Ian Stannard, who is shown modeling the jersey, had this to say about the Tour:

“I think the organisers have really stepped up their game this year,” he says. “It’s a really challenging route with some pretty long days over 200km. I’m looking forward to Stage 6, from Stoke-on-Trent to Nottingham, which goes over the climbs of the Peak District where I train.”

The Team Sky Country Jerseys are inspired by the leading cycling nations of Europe where the team train and race; Belgium, Italy, France, Spain and Great Britain. Constructed from a breathable stretch fabric, the lower half of each jersey’s tricolour pattern features a sublimated print celebrating key climbs, roads and landmarks from each country. Released in limited numbers throughout the season, from the Spring Classics through to the summer, to celebrate the year’s best races and racing. 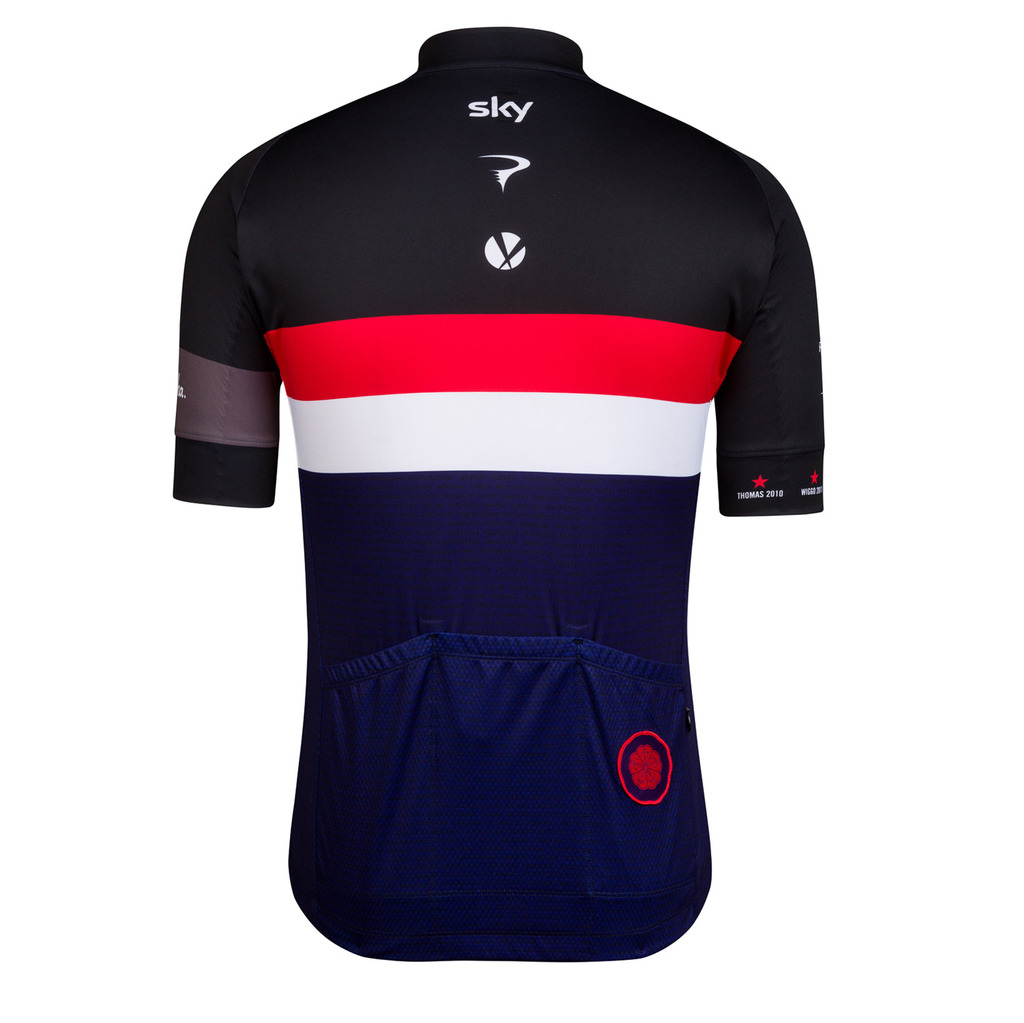