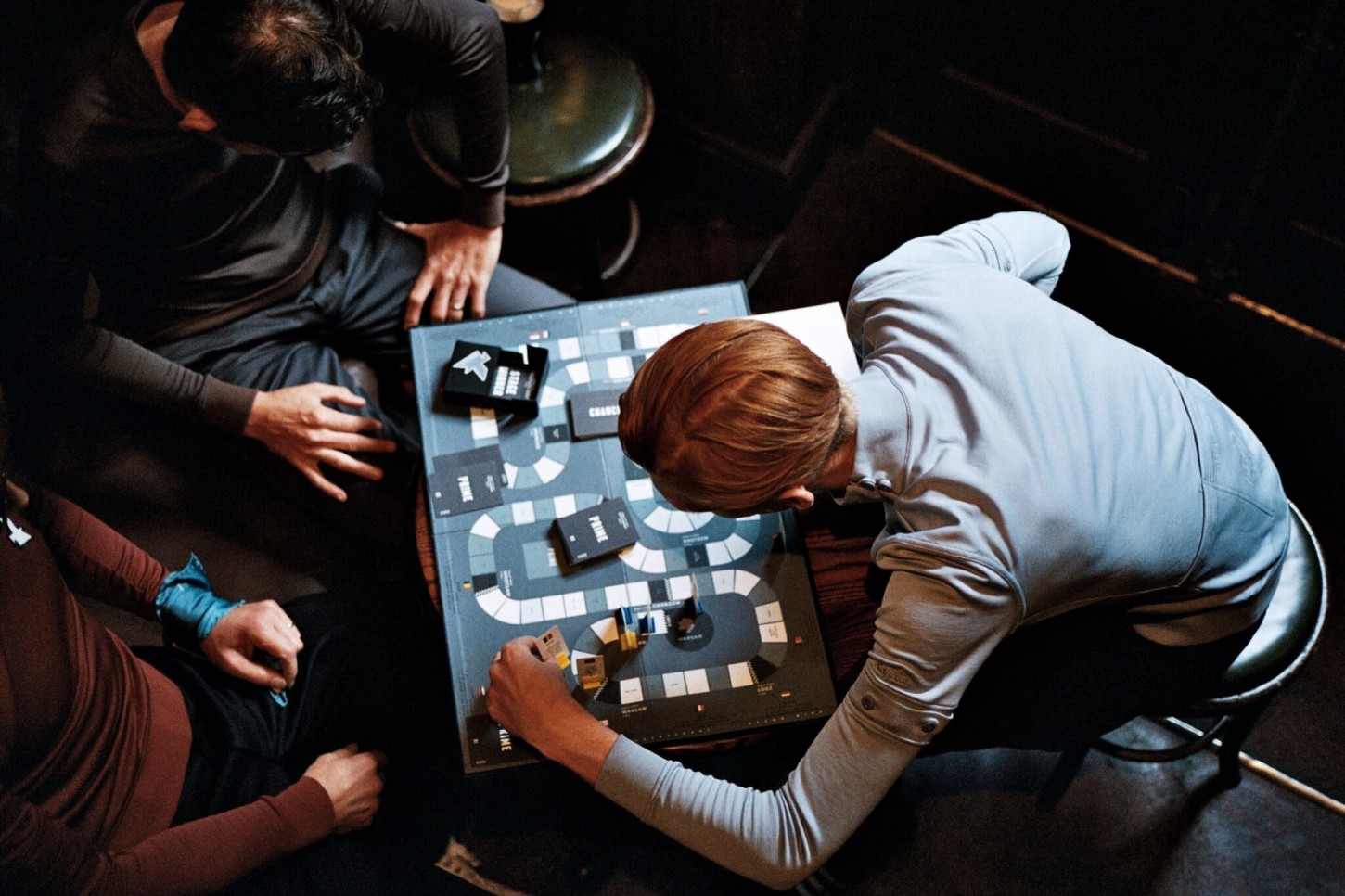 Rapha has launched a new board game called, Peace Race.

By the look of things, it appears as though someone at Rapha has gone off on a revery, commemorating the famous 1952 Warsaw to Prague race where Britain’s Ian Steel beat his Communist-bloc rivals, marking the first time that victory had gone to an outside nation.

There’s a catch however, customers must purchase a jersey from the British brand’s special edition Peace Race collection, before they can get their hands on the board game.

Rapha’s Peace Race board game was conceived and developed by cycling historian Herbie Sykes. The author of The Race Against the Stasi, a fascinating chronicle of the race, Herbie’s love for the event shines through in the game, which is fully playable and available for purchase as an add-on with the Peace Race Jersey. To learn how he and designer Andy Edwards made it, we spoke to them both ahead of the launch of this limited edition collectable.

On the importance of the Peace Race:

“The Peace Race is a beautiful precept, a wonderful idea, and we’re trying to articulate through the game that it wasn’t predicated from commercial interests. It was actually something bigger and better than that and the riders were genuine couriers of peace in a devastated continent. Hopefully by playing the game people will learn something about the hardships of the world as it was back then.” ~ herbie

On cycling board games:

“There’s a great tradition for these things within cycling. At the time, cycling was the pre-eminent sport in Europe. Before the television came along and reconfigured the sporting paradigm, cycling was much more popular than football, for example. Board games were also hugely popular and there were a great many cycling ones.”
~ herbie

“Cycling board games are kind of a cult thing, with lots of DIY games out there, and many good ones from the ‘70s and ’80s. People design their own games and you can still print them out and piece them together yourself.” ~ andy

On how to make a board game:

“It was quite a lot of work actually because none of us had ever done one before. We were kind of finding our way and it wasn’t easy I have to say! You’re trying to produce two games in one, because there were two races going on: the blue jersey for leading team, which was extremely important in eastern bloc cycling, and yellow jersey for leading rider.” ~ herbie

“Most of the touch points of our game are from Soviet era board games. They were quite low cost, hence our box is just cardboard with staples on it. The playing figures are bits of paper which slot into plastic holders, which is quite authentic to how the players used to be back then too. The illustrations were a high point for me: the prizes awarded to the riders were completely wacky, things like a box of chocolates from Egypt, a pair of stilts, and so on. Herbie’s copy is brilliantly evocative – it really brings the game to life – and that informed the illustrations.” ~ andy

On how the game works:

“There’s a blue dice and a yellow dice, and each player has two riders, one trying to win the yellow jersey and the other trying to win the blue jersey. The blue jersey represented what communism purported to be, all about the collective and not the individual, and so we tried to articulate that with the game. You win by accumulating the most prizes along the twelve stages.” ~ herbie