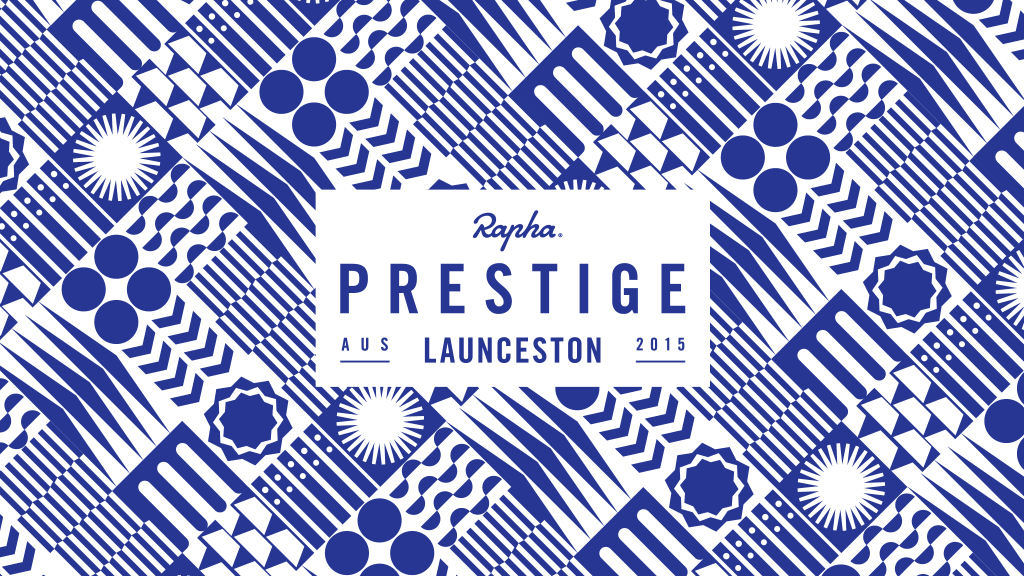 As the sun set over Northern Tasmania’s Tamar Valley on Friday 13th March 2015, the Rapha Prestige Launceston began, with riders gathering on the deck of the Barrel Room Restaurant at Velo Wines. Teams huddled together, nervously discussing tactics and tire/cog selections for the following day’s 170km adventure to the highest point of Tasmania’s only alpine region, the Ben Lomond National Park. Unbeknownst to the riders, just a week prior the summit had unseasonably received its first snow of the year. The brutality of the Tasmanian landscape and climate would be a defining feature of the weekend.

The Prestige was hosted by Velo Wines, a winery owned and managed by Michael and Mary Wilson. For those unfamiliar, Michael rode alongside former greats such as Lemond, Hinault and Fignon, and more than held his own, winning stages of the Giro and Vuelta. Not content with merely hosting and crafting the route for the Prestige, Michael had also reignited his training and formed a team to participate.

Local hors d’oeuvres, sparkling rosé and pinot were served as the ride participants were welcomed and briefed for Stage One. The message was simple: dress for the elements, carry sufficient food and be prepared for gravel. Lots of it. International guests were also warned about Australian wildlife; potholes weren’t the only obstruction that might be encountered on the roads!

As teams regrouped the following morning, the sun rose slowly above the vineyards. Final Stage instructions were delivered as riders consumed espressos and food bars in anticipation of the day and swiftly thereafter the teams of four were off.

Unlike previous Rapha Gentlemen’s Races, the route was unmarked and teams were armed with only their navigational route cards. Fortunately the imposing mountain ranges, which dominated the skyline ahead, provided a much-maligned reference point throughout the day.

Some of the teams rolled ferocious turns, with constant flicks of the elbow, while others rode two-up, enjoying Tasmania’s lush green undulations. Irrespective of tactics, the 17.9km unsealed climb to the Ben Lomond summit would test everyone. The first 14km was, in hindsight, enjoyable. This changed abruptly in the final kilometers of the climb, as riders fought their way up ‘Jacob’s Ladder’ – an infamous series of switchbacks on increasingly rough gravel, with gradients approaching 13%. It wasn’t only the riders who suffered; even the support cars struggled on the steepest hairpin corners, wheels spinning in desperate search of traction.

Bitter winds greeted riders as they reached the summit and a solitary café, complete with open fire and vintage 80’s skiing highlights, provided respite as teams refuelled and relived how they had climbed those final kilometers. Friendships formed.

Some 90km completed, the upbeat mood changed quickly as it dawned on everyone that they would now be descending what they had just survived climbing. Moreover, cloud cover had arrived and the temperature had dropped to a meagre 4C. With chattering teeth, those more comfortable on steep declines and loose terrain took off before the conditions worsened. Others opted for the safety of the support vehicles or descended the hairpins with one foot constantly unclipped. Many did not stay upright but fortunately only pride was harmed in the end. “I want to do this again, but on my MTB,” one rider was overheard muttering.

Once off the mountain, riders endured howling winds as they endeavored to finish before the rain commenced. It was not to be, however, and the final 30km was ridden in heavy rain for all except the front markers. Back home in the warmth, team allegiances were discarded over pizza and Tasmanian pilsner as riders reveled in recounting their exploits (or lack thereof). Dining later at Velo Wines, Michael humbly recounted his tales of valor from the Grand Tours – a real privilege to all present.

The riders awoke on Sunday for stage 2, cheered by sunny skies. Pelotons of three or more teams were formed for one of Michael’s favourite training rides – a joyful 60km loop, initially hugging the Tamar River before turning inland to provide rolling, unsealed roads and an opportunity for a fast descent to conclude the weekend’s riding.

Rapha Prestige Launceston finished as it had begun, with riders gathered on the deck of Velo Wines. Amidst sunshine, coffee and laughter, the finishers were presented with their Prestige caps and musettes, leaving Tasmania with weary legs, fond memories and a raft of new cycling destinations to visit (namely, the home cities of fellow riders). Most of all though, they left with an appreciation of the “brutally delightful” – a term aptly coined by one rider – Tasmanian country and adventures enjoyed.