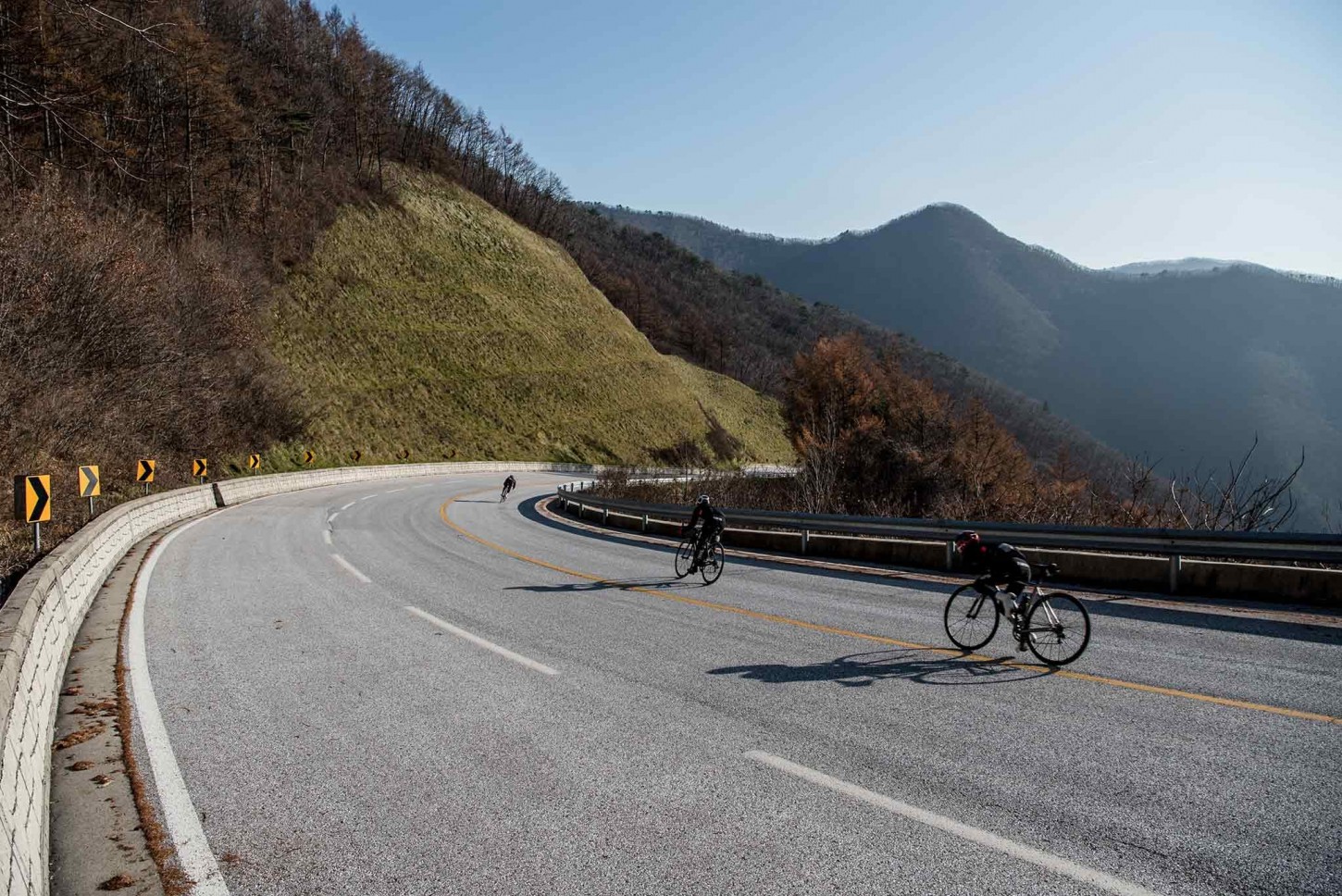 More than 70 percent of South Korea is covered by mountains, and among this tightly knit network of ranges and river systems to the east of the Korean peninsula, the  mountains stretch all the way from the north to the southern coast.It’s no surprise that the mountains here are becoming a popular cycling destination for those searching for a full day of climbing. But since a lot of the roads were built to connect the hidden villages in the Taebaek region, figuring out a good route is quite a task.

On the day of the Prestige, the air was cold and crisp. We were on the brink of fall going into the winter, and as the morning fog vanished in the sunlight, the evergreen forest on the ridgeline came into view.

Riding through the Taebaek region gives you the feeling of a complete disconnect from the rest of the modern world. Just a few kilometres into our route, all signs of city architecture vanished.
rapha-prestige-taebaek-landscape-new

The level of enthusiasm displayed by the riders was certainly impressive. Nearly every participant finished the Prestige Taebaek before the ten hour time limit, and the teams that came in towards the end were pedalling just as hard as the ones who finished early on.

A new standard has now been set for riding in the Taebaek Mountains. It’s a place of stunning scenery and beautiful winding roads – you just have to pick the right ones.