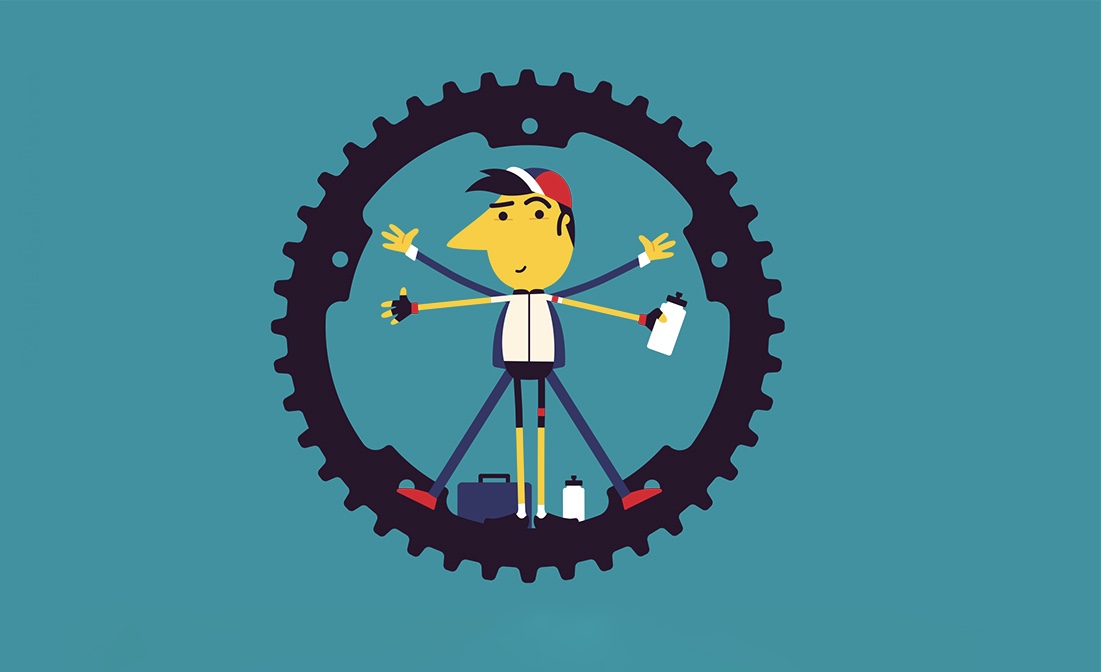 The cycling boom of the last decade has brought a new creature onto the roads. They can be spotted in both town and country but they’re most commonly seen on a weekend, travelling in groups and easily recognizable from their bright colors.

These middle-aged men in Lycra or “Mamils” might have been so-named by a marketing firm, but statistics confirm they really do dominate the sport’s amateur practitioners. With a penchant for expensive equipment and figure-hugging garb, they’ve also become the butt of many jokes.

Yet this cycling obsession isn’t just a modern mid-life crisis. Our new research has found that Mamils aren’t cycling primarily to relive their youth or prove they can still compete against other men. Instead, their motivations are much more complex, tied to the desire for good mental as well as physical health and fuelled by technology.

Our study, published in the journal Qualitative Research in Sport, Exercise and Health, involved in-depth interviews with 11 professional males aged 34-52 that considered themselves to be serious recreational cyclists. They all had more than two years’ experience of cycling for a minimum of an hour a week in the countryside, which we refer to as “green-cycling”. Some of them spent substantial proportions of their limited free time away from their families and other activities to ride sometimes hundreds of miles at a time, none of which was motivated by competition.

The men’s experience of this Mamil culture could be summarized in three main ways. The first we named “Mastery and uncomplicated joys”. The men explained how green-cycling gave them a range of challenges to complete, from climbing steep hills to covering long distances. This offered a double reward in the form of a feeling of achievement and, with this, a growing feeling of confidence that encouraged them to explore nature further.

Their cycling also gave them a particular opportunity to feel pleasure. This joy appeared to come especially from the frisson of riding a bike at speed on country lanes, especially down steep hills where the sense of risk was amplified. Doing so was invigorating and seemed to gratify an inherent human need for excitement.

We called the second theme “My place to escape and rejuvenate”. This describes how the physical activity of green-cycling combined with the change of scenery to an immersive, more natural environment felt like a restorative process. Green-cycling represented an opportunity to get away from the concerns and worries of their lives back at home.

Being surrounded by nature and being granted the peace of an empty country lane took on therapeutic qualities for the men. Combined with the physical action of riding, this encouraged the men to become more aware of their experiences and their mental state, resulting in a feeling of calm similar to the effects of mindfulness, the Buddhist tradition used to develop good mental health.

The final theme was “Alone but connected”. This draws attention to the idea that while the men may cycle in groups, they were not under pressure to engage with their fellow riders. This was important because for them, the benefits derived from green-cycling were most potent when it was done alone. But that didn’t mean there was no space for camaraderie and bonhomie, with the men instead taking to online social networks to interact with other cyclists in a relaxed environment.

Our findings contradict the popular view of a Mamil as someone going through a mid-life crisis, with riding substituting the roar of a sports car or other interests associated with men of a certain age feeling life is passing them by. The research also contrasts with the idea that cycling is a way for men to compete in a new activity that the aging process will not take away so quickly as the sports they grew up playing.

It was also interesting to see how the men adopted technology as part of their hobby and how it helped to motivate them. Each of the riders we spoke to used a GPS route-mapping device that gave them details of their performance, which they could also make available to their friends via social media.

Our personal experience working with sports people suggests that in other sports, such as elite distance running, people use the same technology in a competitive way to compare each other’s times. While something similar does happen among cyclists, the men in our study had quickly abandoned making comparisons with others. They instead used the technology to explore other people’s cycling routes, learn new stretches of country lane and share their experiences, including with photos of natural features or other quirks. This seemed to help build their sense of community and emphasised the pleasure they took from their hobby.

What we can learn from all this is that this kind of countryside cycling offers similar experiences and benefits to other outdoor physical activities, despite its perception as a hobby for competitive men trying to defy the ageing process. Perhaps this insight could help raise awareness of both the physical and psychological merits of the sport and encourage a wider range of people to take part.