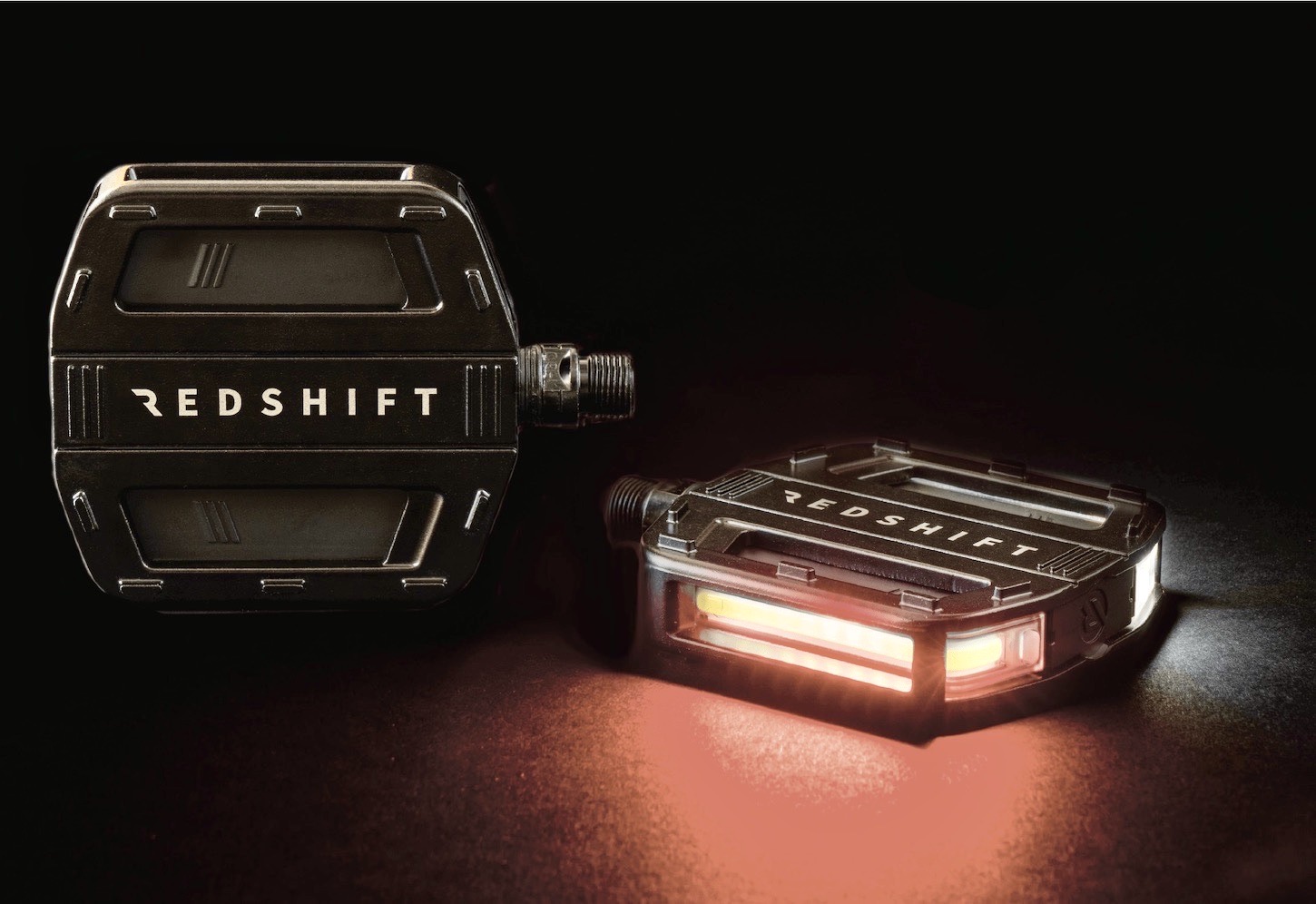 24 May 2022
By Campionissimo - In FEATURED ARTICLES, LATEST ARTICLES, THE DOUBLE DIAMOND

After a year in the making, Redshift Sports has officially launched its Arclight Smart LED pedals, providing urban cyclists with a functional solution to increase their visibility and safety while traversing the cityscape.

The Arclight pedals feature sealed aluminum platforms that contain two weatherproof dual-color LED modules, one that slots at the front of the pedal and the other at the back, which are held in place by magnets, allowing them to be easily removed for charging.

The system works by simply pressing and holding the button on each module, which in turn allows cyclists to toggled between three modes, Flash, Eco (battery saver) or Steady, effectively serving as both taillights and visible headlights.

“Each pedal has embedded magnets that are in specific locations, with the left pedal having one polarity and the right pedal having the opposite polarity,” says Redshift co-founder Erik de Brun. “When a light module is inserted into a pedal, a hall sensor (magnetic field sensor) in the module detects a north or south pole and knows whether it is on the right or left side of the bike. Then we have a sophisticated accelerometer/gyro chip that allows us to determine the rotational position of the pedal using gravity, filtering out any movement from actually pedaling and moving on the bike. Then we adjust which side of the light module connects to which pedal and we know if it’s the back or the front and set the color from there.”

The pedals themselves weigh in at 630 grams for the pair, while the modules add another 60 grams.

Redshift says the system can provide up to 36 hours of operation on a single charge when operated in Eco mode, and 11 hours and 3 hours in Flash and Steady, respectively.

The Arclight pedals sell for $139.99, which can be purchased directly from Redshift.