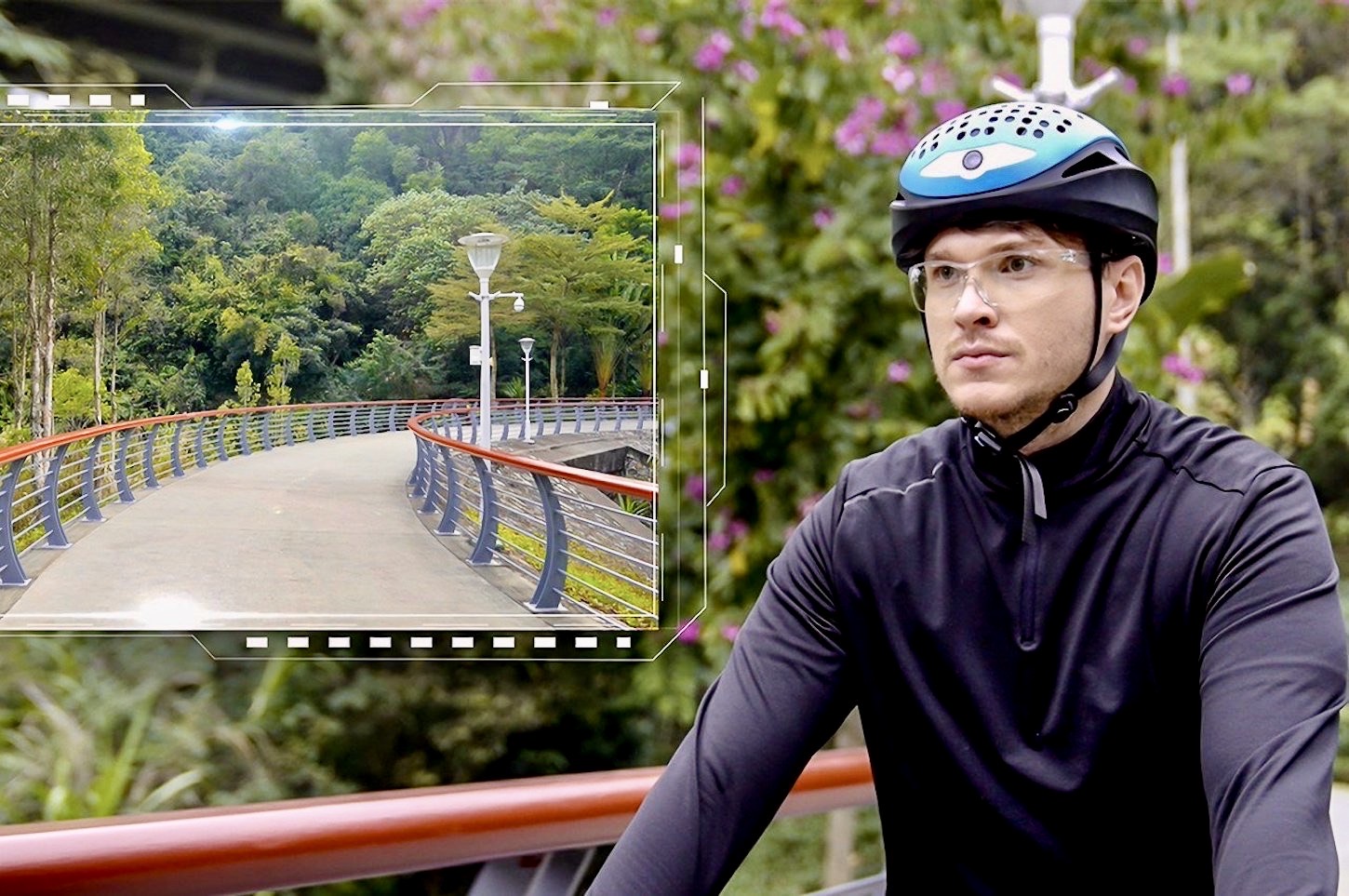 Relee has debuted its latest helmet called the M1 Magician, touting it as the world’s first all-in-one helmet with artificial intelligence capabilities – including a built-in camera.

At the heart of the M1 Magician, are four layers of lightweight material that can absorb up to 90% of an impact, along with 18 strategically place ventilation holes to ensure optimal ventilation. The helmet is also IP65 waterproof rated, meaning it can be worn in heavy rain conditions.

For the fashion-conscious, the helmet also features a replaceable magnetic shell, so wearers can swap out different colors in order to suit their style.

The tech features of the new lid include an integrated 120-degree wide-angle action camera that can capture 1080p FHD footage, allowing cyclists to easily record their rides, relying on advanced EIS (electronic image stabilization) technology to ensure videos remain smooth even when the terrain isn’t.

There’s also a voice control feature that can sync with both iOS or Android smartphones, allowing the rider to take calls, play music, or access Google Maps via voice command – with a battery life that can last up to 18 hours.

Relee also equipped the M1 Magician with high powered front and rear lights, as well as turn signals that can be activated via a handlebar or wrist strap mounted remote control.

Relee has undertaken a crowd-funding campaign on Kickstarter, offering early-backers a special price of $80 for the flashlight only version, or with a pledge of $170, customers can get the built-in action camera.

The estimated delivery date is May 2022.