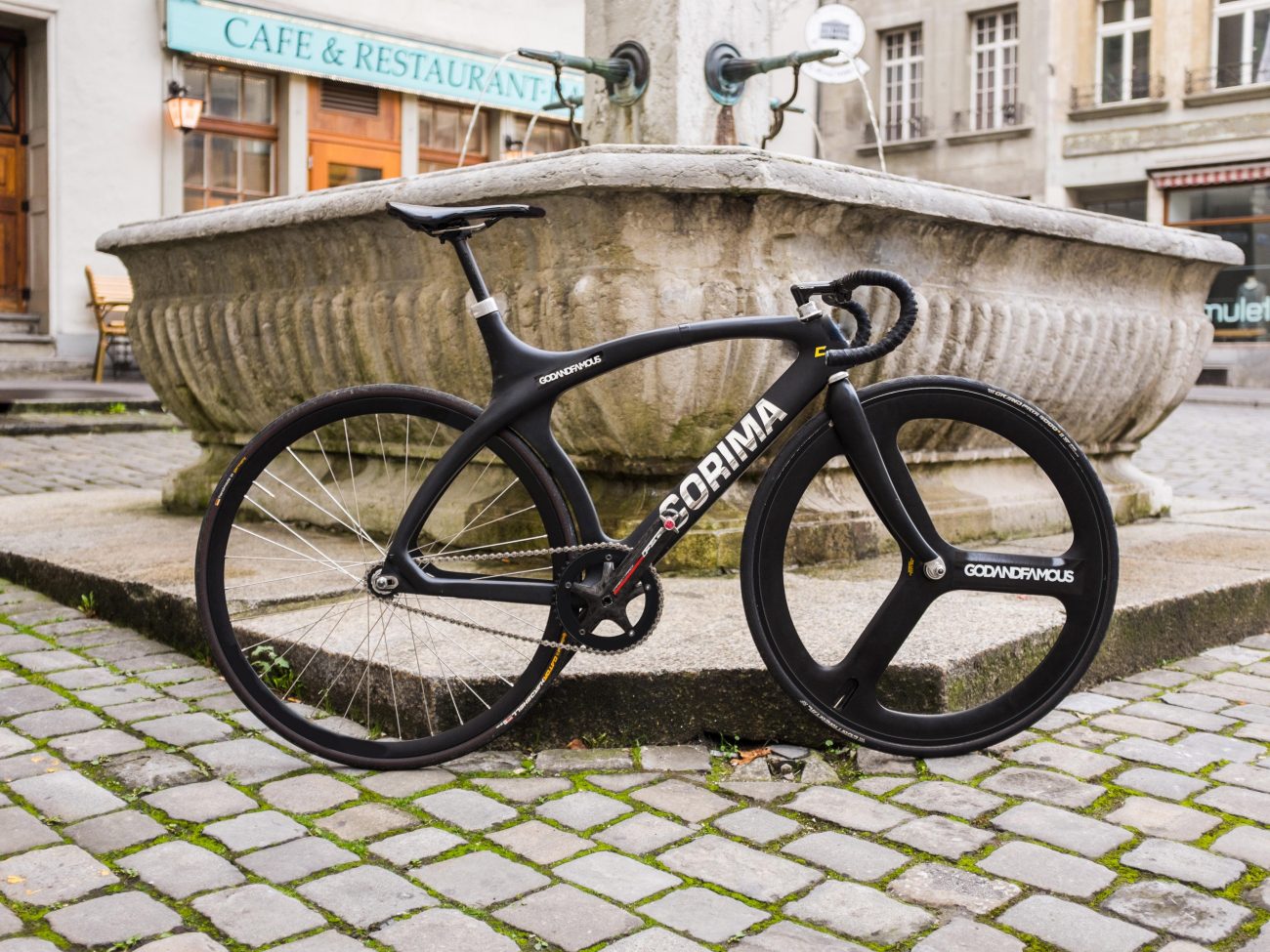 Long before Corima established itself as a leader in high end carbon wheelsets, the origins of the prestigious French brand can be traced back to where its founders, Pierre Martin and Jean-Marie Riffard, first began developing composites for the automobile and aerospace industries.

In 1988, Martin and Riffard diversified into carbon fiber and began creating their first cycling product, a disc wheel, under their newly established acronym COoperation RIffard MArtin.

This was followed by the development of Corima’s revolutionary 4-spoke and Aero wheelsets, along with one of the very first carbon seatposts called the Ellipse.

However, production was discontinued in 1999, due to new rules that were implemented by cycling’s governing body, the Union Cycliste Internationale (UCI), which placed certain restrictions on framesets as it related to geometry and shape.

As a result of the Puma being banned from competition, Corima began making a new track model in 1991 called the Cougar, which featured an even more dramatically shaped frameset and sloping top tube.

Since the Cougar was intended to be professionally raced, each of them was precisely built to suit the cyclist’s needs, while the rest of the frames were limited to just a few sizes only.

For this reason, only 1000 framesets were ever produced.