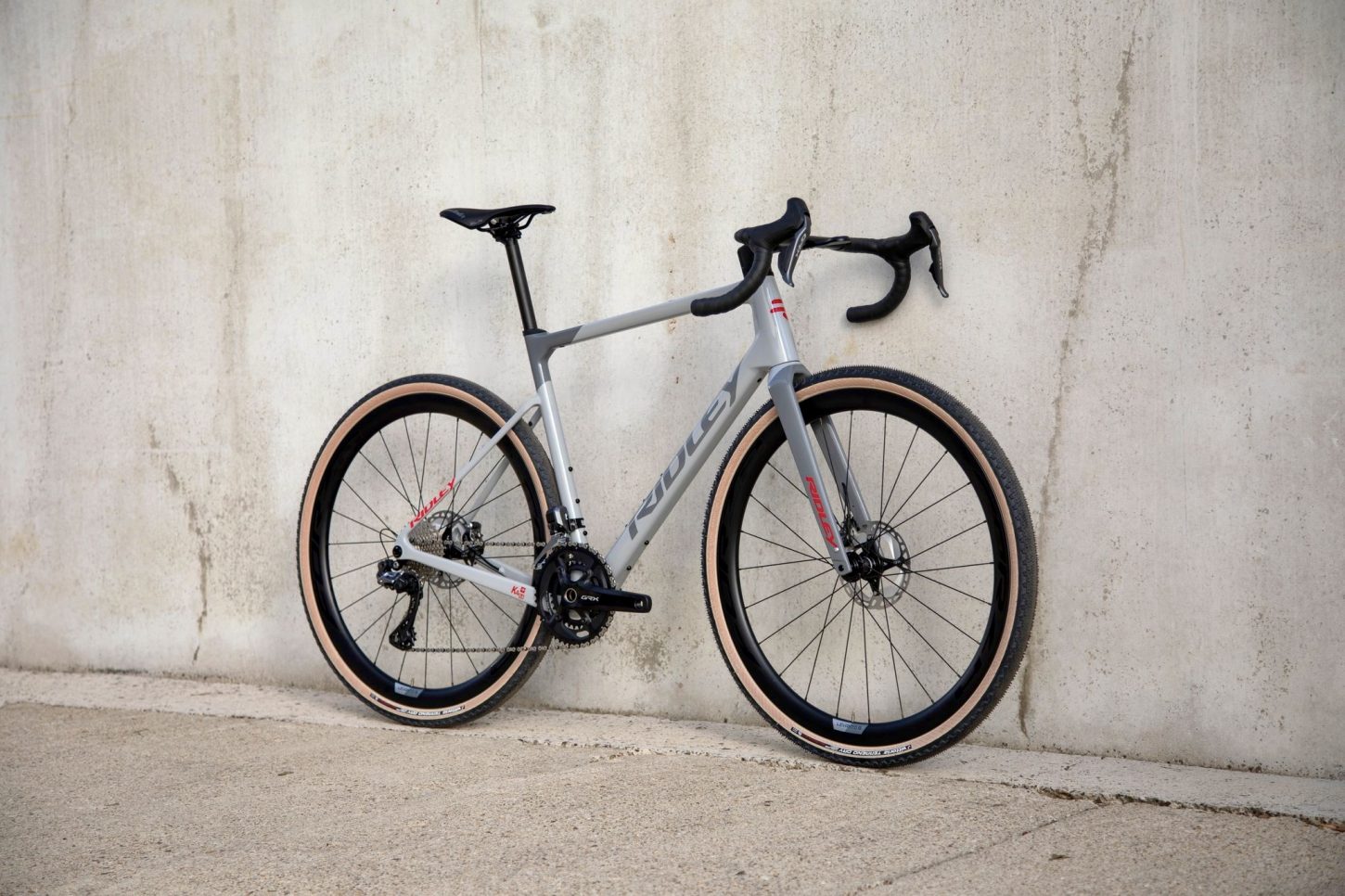 Ridley has extended its range of all-road, drop-handlebar bikes with the launched of its new Grifn, with the goal of striking the perfect balance between the tarmac and taking the road less traveled.

Pronounced griffin, Ridley says the new Grifn is a nod to the mythical lion/eagle beast, which features a fairly lightweight frame that tips the scales at 990 grams in a size medium, while providing enough clearance to accommodate tires up to 38mm with a 2x drivetrain, or up to 40mm when equipped with a 1x set-up.

“The Grifn is the perfect match for riders who don’t want to have to choose between road and gravel,” boasts Ridley.

“Whether you’re in search of a gravel bike for exploring backcountry roads and enjoying the most scenic and car-free roads or want to occasionally take your road bike off the beaten path to break the habit, the Grifn is the right bike for it,” adds the Belgian brand.

When it came to geometry, Ridley was keen to apply its know-how with respect to road and gravel, dialing-in the best angles from its Fenix SLiC and Kanzo Fast road and gravel models.

“Additionally, our R&D department made sure the bike is reactive and nimble while providing enough stability and control for off-road riding. The 420mm chainstays play a crucial role in this part of the ride feel. The result is a fast, reactive yet stable and well-balanced all-road bike.”

Other features that punctuate the Grifn include a clamp-on style front derailleur hanger that can be removed in order to run a 1x or Classified drivetrain, numerous mounting points along the seat tube, top tube and both sides of the down tube, allowing for plenty of bottle cages and/or bags and toolkits to be attached, while long-distance riders and commuters can also take advantage of a hub dynamo courtesy of internal routing through the fork and frame.

Also, if things get really messy, there are provisions for mudguards as well.

Integration was also a consideration when designing the Grifn, which neatly runs all shifting cables and brake hoses internally through the stem and into the frame, while Ridley’s new Cirrus Pro Flared cockpit provides the perfect ergonomics thanks to its shorter than normal reach (70mm), shallower drop (120mm) and 16° handlebar flare.

The Grifn is available as a frameset only, or as a complete bike in four different builds. Customers can also personalize their bike by using Ridley’s online configurator, allowing them to choose the color of their frame, as well as the groupset, cockpit components, wheels, tires, saddle and accessories.