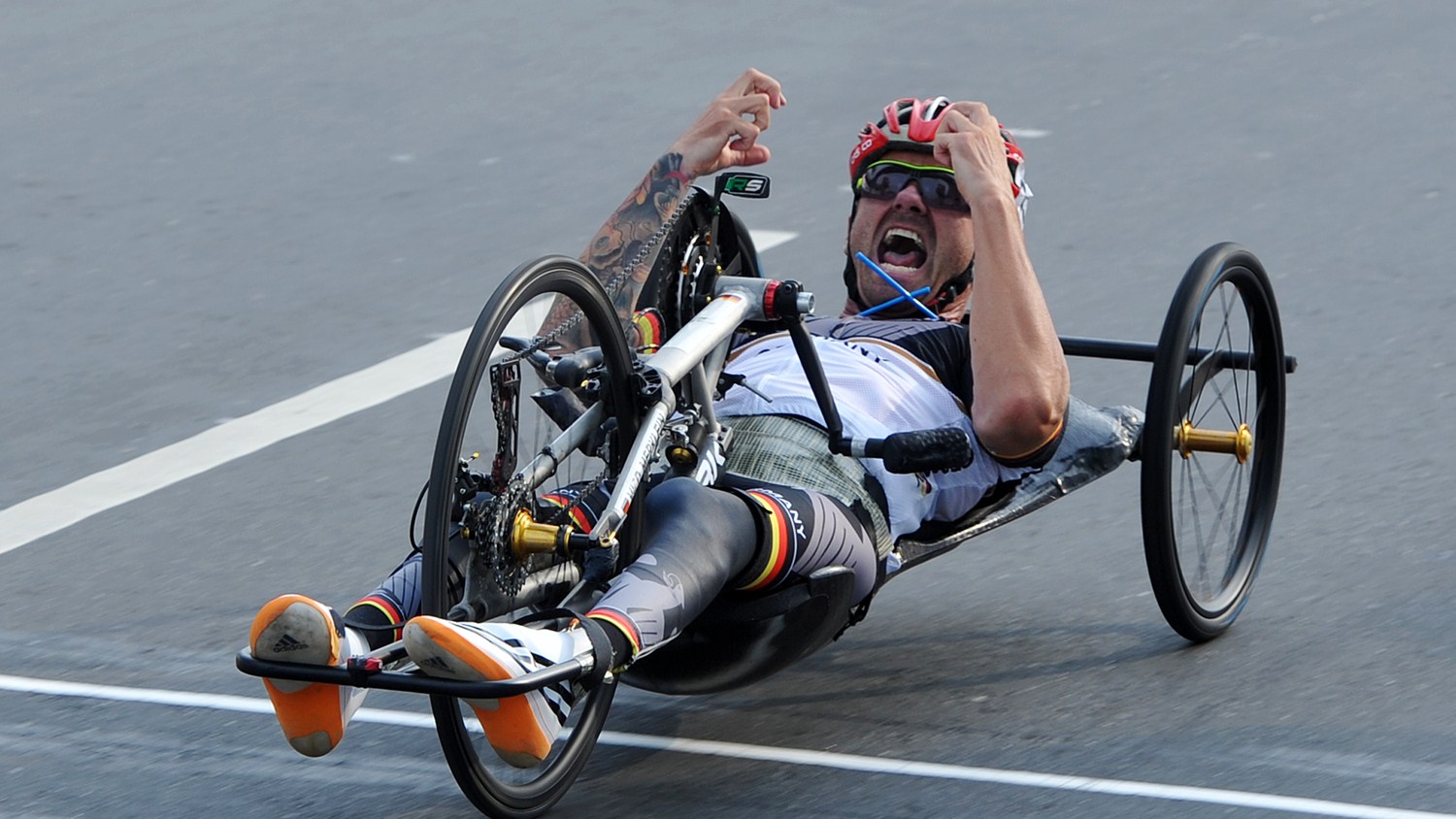 Rio Paralympics: Germany at the top

Germany earned the most gold medals, with a total of eight from para-cycling road events at the Rio 2016 Paralympic Games. Team Germany impressed in hand-cycling, tricycle, and C categories on the roads of Pontal, west of Rio.

Hans-Peter Durst led the charge in the time trial and the road race in the T1-T2 class. The six-time UCI World Champion improved his performance from the London 2012 Paralympic Games, where he earned silver in the time Trial.

Two other Germans will leave Brazil with two medals from road events. Andrea Eskau (H5) won gold for the road race and silver in the time trial. Her Rio gold means that Eskau now has four gold medals earned in Paralympic Games since the Beijing 2008 Paralympic Games.

Vico Merklein (H4) may not have been able to snap up the UCI World Champion’s rainbow jersey yet, but he is the road race Paralympic Champion, in addition to having won a bronze medal in the time trial.

While Germany was a podium regular in almost all categories, Italy demonstrated its prowess in a focused manner – winning five gold medals in a single discipline, handcycling.

Bolstered by their individual Paralympic titles in the time trial, Luca Mazzone (H2), Vittorio Podesta (H3) and Alessandro Zanardi (H5) combined to become a force to be reckoned with in the H2-H5 relay, where they once again earned gold medals in Rio.

Teammate Paolo Cecchetto (H3) took their example to heart, and also was the first to cross the line during the road race in the H3 class.

Team Great Britain was not as dominant on the road as it was in the velodrome a week earlier, but God Save the Queen still rang out four times – twice courtesy of wins by Sarah Storey.

Storey once more made the record books with dominating performances in the C5 class in the time trial and road race. A week earlier at the velodrome, the 38 year-old athlete also earned the Paralympic title in the C5 individual pursuit. Storey now has an incredible 25 medals (cycling and swimming), including 14 gold medals.

As they had done at the pursuit race a few days earlier, Steve Bate and pilot Adam Duggleby were the fastest in the time trial. Karen Darke (H1-H2-H3) was also a gold medallist at the time trial.

Two other nations – The Netherlands and the United States of America – also put in impressive performances in road and track events.

By winning the tandem road race on Saturday, The Netherlands duo Vincent Ter Shure and pilot Timo Fransen continued their excellence, began at the velodrome. On track, Ter Shure and Fransen finished second in the pursuit; the duo also earned silver in the road time trial.

In terms of Team U.S.A., Shawn Morelli (C4) added a gold medal from the time trial to her collection, which includes the medal she earned during the track pursuit. William Groulx pocketed the gold during the H2 road race, while Jamie Whitmore dominated the C1-C2 road race event.

Australian Carol Cooke finished first in the time trial and road race in the T1-T2 category.