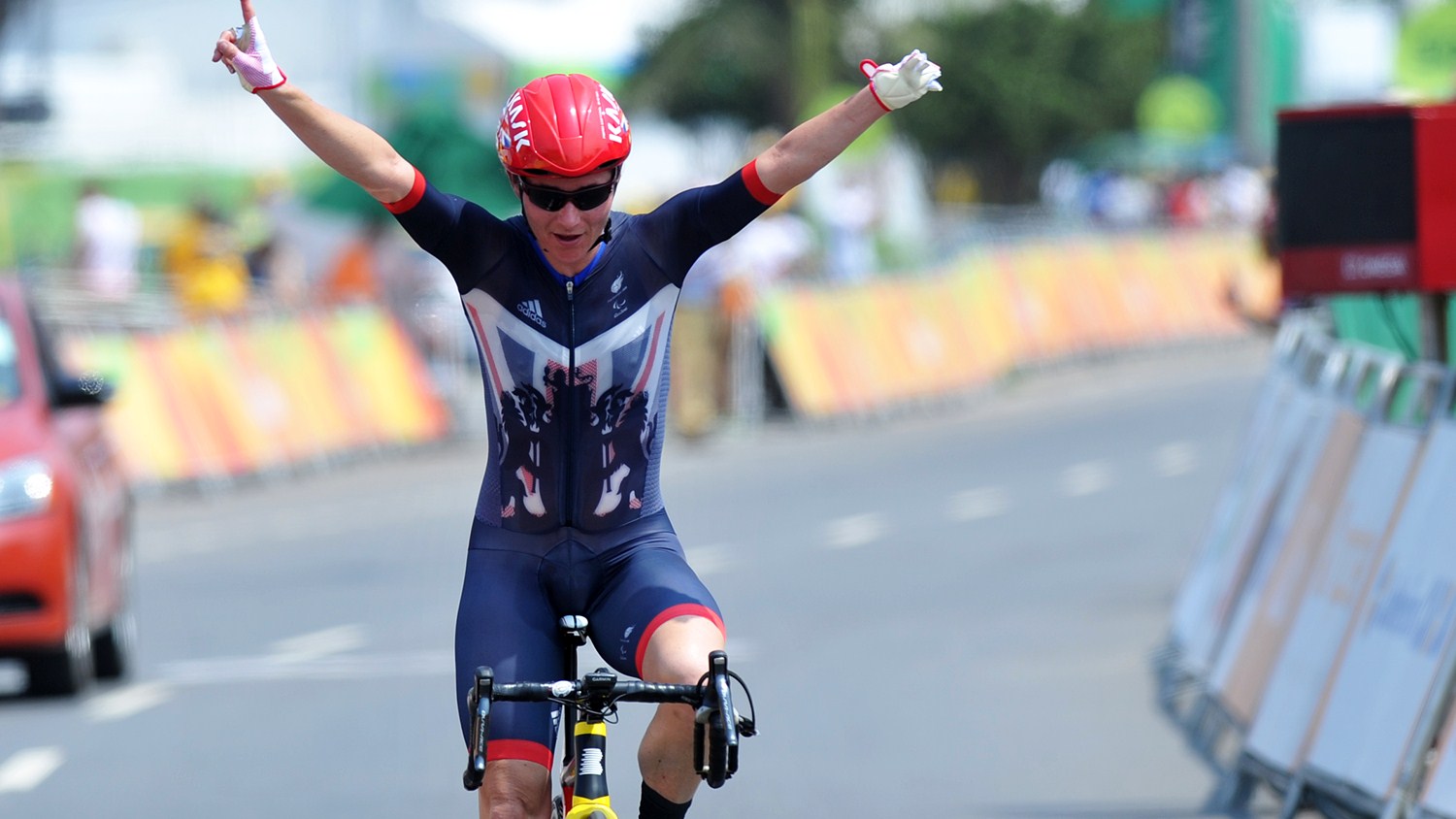 Paralympics: History repeats for Sarah Storey during a sad final day of cycling in Rio

The last day of para-cycling road events was marked by a third win for Sarah Storey at the Rio Games. After her triumphs in the track individual pursuit and road time trial in the C4-5 class, the native of England struck again, winning the road race.

Earlier during this final day of cycling in Rio, Iran’s Bahman Golbarnezhad (C4) crashed on the first section of the Grumari loop, a mountainous stretch of the course. He received treatment at the scene and was in the process of being taken to the athlete hospital when he suffered a cardiac arrest. The ambulance then diverted to the nearby Unimed Rio Hospital in Barra where he passed away soon after arrival.

Brian Cookson, UCI President said: “I am devastated to hear about the death of Iranian rider Bahman Golbarnezhad. Our thoughts are with his family and friends, and the NPC of Iran to whom we offer our most sincere condolences.”

Sarah Storey broke away during the last lap of the 72-kilometer route, crossing the line in 2 hours 15 minutes 42 seconds. The 38 year-old athlete won with a convincing 3 minute 29 second lead on nearest – and perennial – rival, Anna Harkowska.

Poland’s Harkowska once again earned the silver medal, her second of this Games, after having won silver during Wednesday’s time trial. At the London 2012 Paralympic Games, Harkowska also took home silver from two road events that were won by Storey.

“The first five kilometers were a little boring. It was just a bit frustrating really. I just looked at the power, keeping it more than the pack could manage,” said Storey, who now has 14 Paralympic titles to her credit. “Hats off to everyone in the team and to everyone who has played a part in this. I’m really chuffed the way this whole championship has turned out.”

“She’s amazing, really strong, no matter what I try I wanted to beat her…but I think silver is very good for me. I will try and beat that in Tokyo,” commented Anna Harkowska about Storey.

Abraham Gebru sneaks in for a surprise win

In Men’s racing, the 84-kilometer road race in the C4-5 class took an unexpected turn to say the least.

Yehor Dementyev, Paralympic Champion of the event, was in a good position to earn his third title in Rio. During the final sprint to the line, the Ukrainian and closest competitor, Australia’s Alistair Donohoe, collided and fell roughly 100 meterss from the finish line. Donohoe was able to get back on his bike and finish the race, earning fifth place, while Dementyev was disqualified.

The Netherlands’ Daniel Abraham Gebru was able to use the incident to his advantage, and won the event with a time of 2 hours 13 minutes 08 seconds.

“My expectation was a bronze. I knew other riders were strong, so I said I don’t want to be in fourth place. I am so happy. I have been working hard,” commented Gebru.

A thrilling result for fans occurred when Brazil’s Lauro Cesar Chaman was also able to turn the collision into a positive. After having earned Brazil’s first ever Paralympic medal in para-cycling at Wednesday’s road time trial, the local favourite once more graced the podium. In the battle for the silver medal, Chaman bested Italy’s Andrea Tarlao; both athletes came in 38 seconds after the gold medallist.

Another surprise was that China’s Liu Xinyang and Slovakia’s Jozef Metelka were unable to complete the race.

A first win for Ter Shure

Already two-time silver medallists in Rio, The Netherlands’ Vincent Ter Shure and pilot Timo Fransen earned their first gold of the Paralympic Games with a win in the Men’s tandem. The Dutch duo crossed the line of the 114-kilometer race in a time of 2 hours 26 minutes 33 seconds.

Team Great Britain’s Steve Bate and Adam Duggleby (+ 30 seconds), who dominated the road time trial and track pursuit, this time had to settle for the bronze medal.

Team Germany is at the top of the medal rankings after road events, with a total of 14 medals – including eight gold.