The Rise and Shine of US Cyclocross 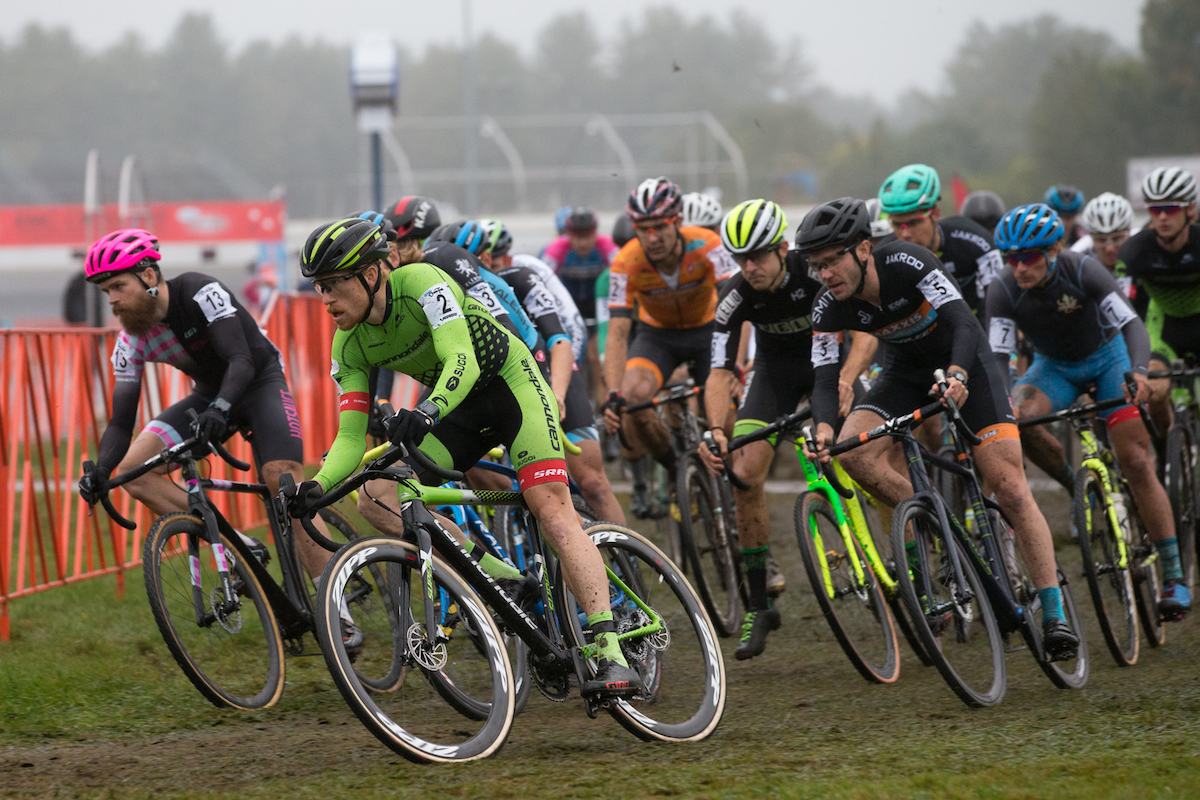 The 2016/2017 United States cyclocross scene has witnessed a changing of the guard in the elite men’s field with the consistent colors of green and black from Cannodale p/b Cyclocrossworld.com dawned by Stephen Hyde taking a majority of the accolades. It has been strange not having four-time U.S national champion and cross ambassador Jeremy Powers locking horns with Hyde and others like Jeremy Durrin, Kerry Werner, Curtis White and newcomer Jack Kisseberth. Powers, in the autumn of his cross racing career, has been plagued by a rib injury which seemed to hamper his ability to consistently contend for podium spots. Hyde, current U.S cyclocross national champion is ranked 11th in the World is a force to be reckoned with.  Under the tutelage of Powers and the Jam Fund, where Hyde got his start, his poise, power, and predilection for winning has been evidenced with dominance in the United States and marked by three top 15 results in the grueling European field. Unlike the European races, which can be watched each week via a feed,  the races here in the US are often not televised which makes it more difficult to gauge each rider form. Often from race reports I have noticed the aforementioned Jack Kisseberth, another Jam Fund rider, continually making the podium. From November podiums are where he has stood, most notably garnering fourth on a very cumbersome and tricky National course in Hartford, Connecticut. Along with Kisseberth, 22 year old Curtis White is also one to keep a close eye on. The Cannondale Cyclocrossworld.com and U23 Pam AM champion has bounced back and forth from the U23 to the Elite field this year winning several races in both categories. This poses well for the future of cyclocross here in the United States.

The women’s elite field has had many bright spots with young riders making a name for themselves like Ellen Noble-Aspire Racing and Emma White-Cannondale-Cyclocrossworld.com. But, by revamping her diet and refocusing on off bike matters, 14-time national cyclocross champion Katie Compton has been the brightest bulb on the cyclocross tree this year. Compton, holder of 22 World Cup wins, is ranked third in the World  without really racing in Europe. She placed second in World Cup #4 in Zeven, Germany,  Simply put, Compton has been dominant. I am eager to see what she will do at Worlds in February. Another Cannondale-Cyclocrossworld.com rider who has been racing really well has been Kaitlin Antonneau.  Antonneau, ranked 10th in the World, is continually in the mix of both races in the US and abroad in Europe. She, along with Elle Anderson of Elle Anderson racing, Rebecca Fahringer of Amy D. Foundation, Amanda Miller-Boulder Cycle Sport/YogaGlo, Courtenay McFadden-American Classic/Zones will all be representing the Elite women’s field at Worlds. Anderson has spent most of her 2016 campaign in Europe racing 16 times from October to the end of December with very competitive results reaching to podium several times. Fahringer has done a block of racing in Europe in October with her best result of third place in the Niels Albert CX race just outside of Antwerp, Belgium. Amanda Miller has been racing with some extra justo placing second at Nationals. Her last month of racing has been dynamite. She has placed second behind Compton in most US races and battled for top 10 finishes in Europe. McFadden has raced primarily stateside with impressive results.  She is always at the front of affairs and in her 25 races this year hasn’t placed outside the top 10 with the exception of two races where she finished 12th.

The US elite men’s and women’s field have witnessed both a change in guard and unparalleled dominance that has continued for 14 years.  Cyclocross is a sport of chance, risk and reward and at times, riders seem to be riddled with bad luck, marked by injuries, mechanicals, and just unfortunate timing. This year has provided the US audience with some fantastic racing, some up and coming talent making waves at the front, and some disappointment. If there wasn’t a myriad of emotions involved in a sport that calls for an all out investment of everything a rider has then it won’t be the most dynamic and exciting 60 minutes a person could partake in both a racer or fan. As the US World team is now racing in Europe, gearing up for the World Championship Bieles, Luxembourg in February, I am excited to see the climax to a season where cyclocross is now beginning to make its mark as a legitimate sport where thousands of people come to watch a race on a bitter snowy day in January. Rise and Shine America, we have something very special that is being born right before our very eyes, so take notice and get involved!