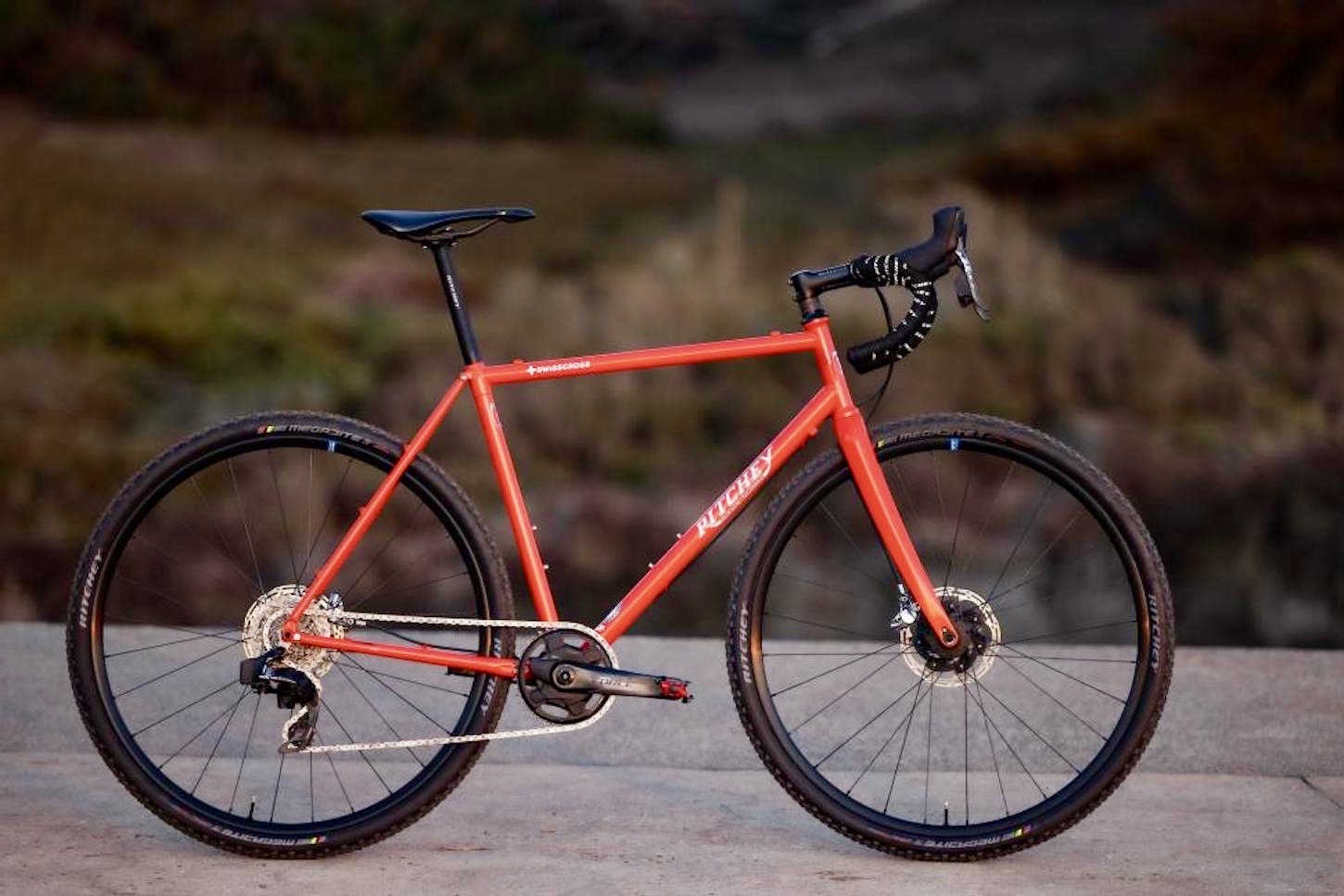 Ritchey is celebrating its 50th anniversary with a limited edition version of its iconic Swiss Cross frameset, the origins of which trace back to some of the very first frames that founder Tom Ritchey made out of his parent’s garage in the early 1970’s.

First unveil in 1994, the Swiss Cross was initially designed for Swiss cyclocross and mountain bike racer Thomas Frischknecht (hence the name), who raced for the Ritchey pro team throughout the 1990’s with great success.

Relying on the same heat-treated, triple-butted, tig-welded Ritchey Logic steel tubing as previous models, the limited edition Swiss Cross also features a 68mm English threaded bottom bracket, flat-mount disc brakes, a full-carbon fork and the ability to accommodate either 1x or 2x groupsets, as well as enough clearance for tires up to 40mm.

All in, Ritchey claims the frame tips the scales at 1995 grams, while an un-cut fork weighs in at 430g.

“This limited-edition frameset is wrapped in the iconic Ritchey Red paint and adorned with Ritchey logos that reference the company’s history and the influence Palo Alto, California, has had on Tom,” says Ritchey.

“While the 50th Anniversary Swiss Cross enjoys an endearing nostalgic aesthetic, it’s still an aggressive whip beneath the fancy red paint and throwback decals. Just like its older siblings, this special Swiss Cross is well-suited to bridge the gap between a race-ready cyclocross rig and a fast gravel steed.This bike is mighty attractive for the discerning rider seeking a steel cyclocross bike with a legendary ride quality designed by a master. It’s meant to conquer the cyclocross course one weekend and reign supreme at a gravel race the next,” the brand adds.

The Ritchey Swiss Cross 50th anniversary frameset is priced at $1,699.00, which is available through Ritchey dealers, or at RitcheyLogic.com.